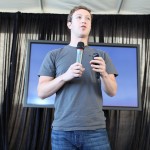 A plan needs to be in place when self-publishing through the usual routes such as Amazon KDP. For example, if you have a bunch of people on your mailing list waiting for your ebook to be released, then you will see sales of it once it becomes available across the Amazon websites. If you don’t have a plan in place, it could take at least a couple of weeks before a purchase for a … END_OF_DOCUMENT_TOKEN_TO_BE_REPLACED

Today marks the final day of this year’s Banned Books Week – The American Library Association’s annual event to promote the freedom to read. The celebration doesn’t have to end here, however; we can continue fighting the good fight against censorship year-round by wearing or displaying items inspired by banned literature. As an added bonus, all of the goodies we’ve chosen are … END_OF_DOCUMENT_TOKEN_TO_BE_REPLACED

I had written as Madeleine Wickham for several years before Sophie Kinsella was even a twinkle in my eye. I was very happy writing my novels as Madeleine Wickham, and I enjoyed the style – third person, ensemble pieces with a hint of social comedy. But then I had the idea for the first Shopaholic novel, and I knew at once this had to be something different. What I didn’t quite … END_OF_DOCUMENT_TOKEN_TO_BE_REPLACED

Don Tillman and Rosie Jarman are back! If you fell in love with Don, the brilliant yet socially inept professor of genetics, in Graeme Simsion’s first novel The Rosie Project, you’ll be delighted to hear that its sequel, The Rosie Effect, was published yesterday. And we have three copies to give away! Until a year ago, forty-one-year-old geneticist Don Tillman had never had a … END_OF_DOCUMENT_TOKEN_TO_BE_REPLACED

Reviewed by Kay Brooks Maia Etxeleku is used to struggling to keep on top of the household bills. With two young children, Bronte and Harley, and a useless layabout of a husband to support, clothe and feed, Maia is resigned to working every hour possible and still not quite having enough. When one of her clients passes away, leaving her a rather unusual inheritance, Maia and … END_OF_DOCUMENT_TOKEN_TO_BE_REPLACED