Reviewed by Susan Lobban Being stuck in the house with a newborn baby can be lonely, so where better to find friends that are in the same position than online. Netmammy is where mums can find instant company and solace amongst others without leaving the house. Yvonne’s life has changed dramatically in the short period of time she has gone from being a single girl about town in … END_OF_DOCUMENT_TOKEN_TO_BE_REPLACED

I consider myself very lucky to have a room of my own. It’s a room that was once my children’s playroom, and then a TV room; but now it’s mine. And I’ve waited a long time for it … and, sometimes, I think it’s waited a long for me. … END_OF_DOCUMENT_TOKEN_TO_BE_REPLACED

Reviewed by Jennifer Joyce It is November 1938 and there are murmurs of another war on the horizon. Frannie, a ward sister at the Nightingale Hospital, wants nothing more than for peace to remain. She’s lived through one war and the last thing she wants is for her country to join another that will wreak devastation. Nurse Helen has just been promoted at the hospital but she is … END_OF_DOCUMENT_TOKEN_TO_BE_REPLACED 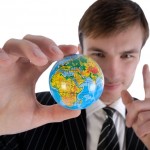 If you’re one of the few people left in the world who still think that writers don’t really have any value in the grand scheme of things, you might want to rethink your stance because there are a number of powerful ways in which writers change the world. Some of these include the following: 1. Preserving History Word of mouth is hardly a reliable vehicle for handing down … END_OF_DOCUMENT_TOKEN_TO_BE_REPLACED 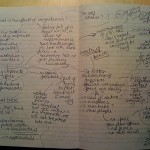 Twelve years ago, I started my first job straight out of graduate school. It was a small design firm, which was owned by a then 85 year old gentleman called Ralph. On the very first day, he sent me off to survey in the woods, where I spent many weeks in the bitter cold; whacking bushes; and wading through muddy waters to set the route for a water pipeline. During those days, I … END_OF_DOCUMENT_TOKEN_TO_BE_REPLACED