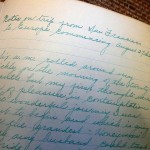 For many writers, finishing the first draft of a book is just the first, initial step. They’d have to go through several more drafts before the book is ready for a reader’s eyes. The second draft is usually where it starts to get difficult. You can get away with a poor quality first draft (in fact, many authors’ first drafts are subpar and will never see the light of day), but … END_OF_DOCUMENT_TOKEN_TO_BE_REPLACED

Reviewed by Susan Lobban Exclusive private school, Potter’s Field, is where lifelong friendships are created. For one particular group of friends they are keen to forget this time of their life. They have a dark secret, which 20 years later is beginning to catch up with them. Detective Max Wolfe is a hero, who acts on his instincts. So when a businessman is murdered he is sure … END_OF_DOCUMENT_TOKEN_TO_BE_REPLACED

This month sees the publication of Maureen Jennings' latest book in the Detective Inspector Tom Tyler mystery series, No Known Grave. Set in Ludlow, Shropshire, during the second world war, a horrifying double murder takes place at a convalescent hospital staffed by nuns. As well as writing the Tom Tyler mysteries, Maureen Jennings is the author of The Murdoch Mystery books … END_OF_DOCUMENT_TOKEN_TO_BE_REPLACED

Reviewed by Jennifer Joyce Photographer Daisy Irvine works for her local newspaper, The Hailesbank Herald but the newspaper is in trouble. If its circulation and advertisement revenue doesn’t improve, it will be shut down. When Daisy’s boss dies suddenly, Daisy takes on the challenge of saving the newspaper. Ben Gillies grew up with Daisy but moved away when they were … END_OF_DOCUMENT_TOKEN_TO_BE_REPLACED 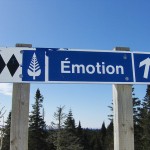 Fiction, in any shape or form, takes the readers, or the audience, on a journey, where they want to experience everything that the characters are going through. The reader wants to be touched, moved, and influenced by the content. As writers, we strive to make the journey feel as real as possible to the reader. One of the methods to achieve this is creating an emotional impact … END_OF_DOCUMENT_TOKEN_TO_BE_REPLACED