Happy Friday, book nerds! Before you all head off for the weekend, we have one signed copy of Lost and Found by Brooke Davis up for grabs ... Millie Bird is a seven-year-old girl who always wears red wellington boots to match her red, curly hair. But one day, Millie’s mum leaves her alone beneath the Ginormous Women’s underwear rack in a department store, and doesn’t come … END_OF_DOCUMENT_TOKEN_TO_BE_REPLACED 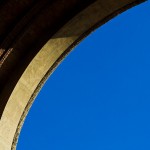 An arc is something that is arced or curved. Similarly, in a writer’s parlance, a character arc refers to the idea that a character must undergo some kind of a change in his/her journey of life; characters must grow, learn, evolve and change as the plot progresses. In other words, readers expect their characters to be in a better position than where they started. For example, … END_OF_DOCUMENT_TOKEN_TO_BE_REPLACED 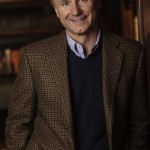 Dan Brown is an American author known for prose and plotting that is formulaic. His novel The Da Vinci Code published in 2003 managed to sell over 80 million copies, and was subsequently adapted into a Hollywood movie in 2006. His other novels such as The Lost Symbol and Inferno are also bestsellers. Inspired by Sidney Sheldon to become a thriller writer, here are 5 writing … END_OF_DOCUMENT_TOKEN_TO_BE_REPLACED

1. Choose it, consciously Just step up and begin. Do it – and keep practising until it becomes so much a part of you that you can’t imagine not doing it.  I wish I’d known this one simple thing years ago, I’d have saved myself a lot of grief and wasted time. If it’s what you want but you’re doing other things instead, ask yourself why and how to change it.  This is … END_OF_DOCUMENT_TOKEN_TO_BE_REPLACED

Reviewed by Susan Lobban LOST – One mother, last seen in busy department store. LOST – One wife, last seen on hospital death bed. LOST – One normal life, last seen goodness knows when! Millie, Karl and Agatha are unlikely companions, who find each other through their individual sense of loss. They set off an unexpected journey to find Millie’s mum, but … END_OF_DOCUMENT_TOKEN_TO_BE_REPLACED