We're the last stop in the blog tour for A Darker Shade of Magic, and today I'm unlocking the secrets to V E Schwab and chatting to Victoria about her newest offering. This book is a swashbuckling journey through four worlds or, more specifically, four versions of London and has been described as 'akin to The Night Circus, Half Bad and with a … END_OF_DOCUMENT_TOKEN_TO_BE_REPLACED

Reviewed by Jennifer Joyce Amy has been living in Scotland ever since she was hurt by her ex-boyfriend, Jack while at university. When they broke up, Amy ran away to start a new life, leaving behind her closest friends. But her new life hasn’t quite worked out how she had hoped. So when she receives a package from Jack, she decides to return to London to face her past and try … END_OF_DOCUMENT_TOKEN_TO_BE_REPLACED 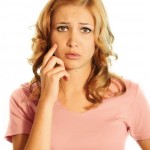 A common problem among writers is insecurity. It is by no means a rare issue, as lack of self-confidence is present among people regardless of profession. For writers, though, it becomes a massive stumbling block as it prevents them from producing and promoting their best works. What’s worse is that writers who are struggling with insecurity can’t stop being insecure on cue. If … END_OF_DOCUMENT_TOKEN_TO_BE_REPLACED

If this month’s Novelicious Book Club pick, Ivy Lane by Cathy Bramley, has you longing for green-fingered days of bulb planting, vegetable tending and seedling swapping in your own garden or allotment, we have a pretty little bundle of prizes that’ll help you on your way. Hand-selected by Hintons Home, a lovely family business based in Dorset, which sells designer homewares … END_OF_DOCUMENT_TOKEN_TO_BE_REPLACED

I know what you're all thinking ... What? There's food mentioned in the Fifty Shades of Grey trilogy? I know, I know – there are so many other things going on in the novel that you don't really remember the food aspect. But you know what? There is food. And lots of it. I've even found a pinterest board, which details all the foodie mentions. … END_OF_DOCUMENT_TOKEN_TO_BE_REPLACED