This post was originally published at Novelicious.com and is now at WritingTipsOasis.com. WritingTipsOasis.com acquired Novelicious.com in June 2022.The last time we spoke to Cathy Bramley, she had just self-published her debut novel, Conditional Love. A little over a year later and she has not only written two new four-part book series, Ivy Lane and Appleby Farm, and achieved … END_OF_DOCUMENT_TOKEN_TO_BE_REPLACED

This post was originally published at Novelicious.com and is now at WritingTipsOasis.com. WritingTipsOasis.com acquired Novelicious.com in June 2022.Reviewed by Susan Lobban Leila is on a road trip to Alaska to see the Northern Lights. As the miles clock up, she manages to pick up more than just gas station snacks along the way. First up is Hudson, who jeopardizes his whole … END_OF_DOCUMENT_TOKEN_TO_BE_REPLACED 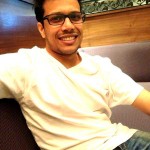 Rugved Mondkar has just released his eagerly awaited, debut novel entitled Part-Time Devdaas...We caught up with the man himself to learn about his work and his book. Rugved also kindly shared some top lessons from his experiences of writing Part-Time Devdaas…, to help you budding novelists out there. Read on to learn what he had to say. Welcome to e-Books India, Rugved! We … END_OF_DOCUMENT_TOKEN_TO_BE_REPLACED 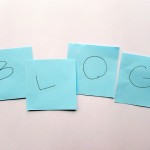 One of the most effective ways to build rapport with your blog readers is to adopt a more conversational tone in your blog posts. However, there is a lot more to being conversational outside of adopting a first person perspective, or directly addressing the readers. If these two examples sum up your idea on how to write a conversational blog post, here are 5 tips for making … END_OF_DOCUMENT_TOKEN_TO_BE_REPLACED 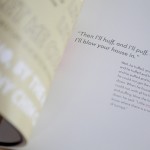 The reader’s first impression of your novel goes along the following sequence: first impression comes from the book cover and the title (they always go together), then it’s the blurb, and then the content. Before the reader gets immersed into the world and the characters you’ve created, they have to read a certain amount of pages. Those pages are filled with words, nothing but … END_OF_DOCUMENT_TOKEN_TO_BE_REPLACED