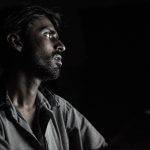 Protagonists have a key role in a story. They need to drive the story forward, they need to be active instead of reactive and they should be many other things to satisfy the needs of a story. Male protagonists appear deceptively easy to write and because of that, many times the protagonist’s characterization suffers as a result. It is also easy to assume that female writers … END_OF_DOCUMENT_TOKEN_TO_BE_REPLACED

Feature by Gillian McAllister Here they are, the December line up of new releases, ready to keep you company during hungover, post-Christmas party Saturday mornings, freezing train journeys and with orange hot chocolates by the fire… The Language of Dying by Sarah Pinborough A woman watches her father die in hospital and her family disperse as it happens. A beautiful … END_OF_DOCUMENT_TOKEN_TO_BE_REPLACED

The Christmas Promise by Sue Moorcroft reviewed by Kay Brooks Bespoke hat maker, Ava Blissham, isn’t a huge fan of Christmas. Her parents didn’t celebrate it when she was a child and the only person that did try and make the season special for her, her grandmother, has passed away. To add to her dislike of the season, she’s struggling financially and her ex-boyfriend is … END_OF_DOCUMENT_TOKEN_TO_BE_REPLACED

Ten years ago, Julia Williams saw her first book, Pastures New, published. Now, with the release of her tenth book, It's a Wonderful Life, Julia looks back over the last ten years at what has changed in her life and in the writing world... My childhood was peopled with imaginary friends who had great adventures, and it’s a habit that spilled over into adulthood, when, you … END_OF_DOCUMENT_TOKEN_TO_BE_REPLACED

Letting You Go by Anouska Knight reviewed by Jennifer Joyce Alex Foster left home as soon as she could, leaving behind those she loved, and has avoided returning for eight years. There are too many reminders of the tragic accident that happened when she was a child, an accident her father still blames her for. But when her sister calls with the news that their mother is … END_OF_DOCUMENT_TOKEN_TO_BE_REPLACED