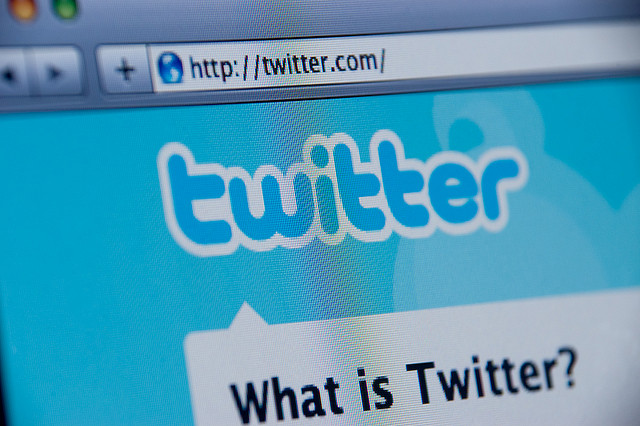 Are you a budding poet looking to improve your craft? Learning from other poets is a great way to improve your poetry skills. Maybe you’re a fan of poetry and want to find out about some poets that you’re unaware of. How can you connect with poets then? Twitter is one way. We’ve compiled a list of 21 top American poets for you to follow on Twitter.

Aimee Nezhukumatathil is born in Chicago and author of 3 collections of poetry; an example of one of them is the award-winning Lucky Fish. Aimee has also recently collaborated on a works with Ross Gay called Lace & Pyrite. On Twitter, Aimee posts photos from her trips, shares quotes by fellow poets, tweets about poetry, retweets tweets by others that she finds interesting, and shares humorous experiences she has throughout the day.

A Regents’ Professor at Arizona State University, Alberto Ríos is a poet and writer of short stories and nonfiction. Examples of his poetry books include The Dangerous Shirt and The Theater of Night Copper. On Twitter, Alberto posts about writer events in Arizona and interesting thoughts he has about writing and life in general. He also shares photos of events he has been to, about television appearances he will be featured in, details of his readings and talks he’ll be giving, and his interviews with other authors.

Author of the famous poetry book called Dear Editor with an upcoming works called On This Day in Poetry History, Amy Newman shares various things on Twitter like articles about authors and the literary scene, photos of historical people of interest to her, and quotes by other authors and writers. Amy from time to time, also posts updates on things she is up to or has experienced during the day.

Cate Marvin is a multi-award winning poet. Her works include World’s Tallest Disaster, a book of love poems, and Oracle, which looks at themes such as loss, the vulnerability of being a woman and adolescence. On Twitter, Cate posts articles about other poets and links to their poems, photos of her at literary events, and invites to her readings. Cate also from time to time, posts about her family.

Brought up in Los Angeles, Cathy Park Hong’s books of poetry include Translating Mo’um, and Dance Dance Revolution. On Twitter, Cathy shares links to current news stories, posts photos from poetry events, her thoughts on writing, quotes from other poets, and her blog posts.

Dave Lucas is a poet who hails from Cleveland. He is the author of Weather, which is a collection of poems that are a tribute to Cleveland. Dave over on Twitter, shares a mixture of things, such as humorous views on technology and other things he encounters throughout the day, about poetry, and photos of fellow writers.

Deborah Landau has recently published her third collection of poetry called The Uses of the Body, with an emphasis on the female body. Deborah on Twitter, posts interviews carried out with her, about other poets and quotes by them. She also shares details of poetry readings she will be attending, photos from writing workshops and links to her articles at BuzzFeed.

Eileen Myles is a prolific writer of poetry, fiction, nonfiction, plays and libretti. An example of one of Eileen’s poetry works is Not Me. Eileen on Twitter, shares things such as poetry she is reading, and quotes from well-known personalities. She also posts interesting thoughts she has, and updates on what she is up to throughout the day. Eileen also shares her Instagram photos on her Twitter feed.

Born and brought up in New York, Erika Meitner is author of 4 collections of poems; two of these are Ideal Cities, which looks at life and experiences in the slums of Washington DC, and Copia, which explores commercialization and excessive consumption in the States. On Twitter, Erika shares quirky articles she finds interesting, posts her experiences of writing poetry, about her books and reviews of poetry books by fellow poets.

Author of the poetry book called Dear Jenny, We Are All Find, Jenny Zhang tweets about various things such as her articles on Rookie magazine, and retweets the tweets of others that she finds interesting. Jenny also shares about events she’ll be going to and posts about raising awareness of racial discrimination.

Raised in Louisiana, Jericho Brown is an award-winning poet whose works include titles such as Please and The New Testament. Jericho is a frequent tweeter and re-tweeter about various things, such as links to news stories on current affairs and videos about his poetry. He also posts about discrimination and violence experienced by people in the African-American communities and quotes by other poets.

Jessica Smith is author of the highly acclaimed book of poetry called Organic Furniture Cellar: Works on Paper 2002-2004. She posts stunning photos of the outdoors and illustrations from Instagram on her Twitter feed, links to posts at her blog, tweets to help promote independent publishers and other poets, and comments on thoughts she has during the day.

Kelli Russell Agodon is co-founder of the Two Sylvias Press publishing company and an award-winning poet whose works include Letters From the Emily Dickinson Room and Hourglass Museum. She has also co-authored a book with Martha Silano called The Daily Poet: Day-By-Day Prompts For Your Writing Practice, to help poets improve their craft. On Twitter, Kelli posts her poems, about her books, shares links to articles about poets and to poetry competitions.

Kyle Dargan is author of several poetry collections; his most recent works is Honest Engine. Over on Twitter, Kyle shares posts about his poetry books, links to readings by other poets, hip hop videos that he likes, and thoughts he has throughout the day. Kyle also shares stories involving the African-American community in the States and posts about fellow authors and their new books.

Martha Silano has penned four books of poetry; her most recent being the second edition of the moving What The Truth Tastes Like. Follow Martha on Twitter, and you can get invites to her readings and find links to poems. She also shares books by other poets along with quotes by them. Occasionally, Martha updates on activities she is up to, which are non-poetry related.

Mary Biddinger is a poet who lives in Arkon, Ohio. Her most recent poetry book is A Sunny Place with Adequate Water, exploring experiences such as having a longing, being displaced, disaster and joy that is unanticipated in small town America. On Twitter, Mary posts news stories about Arkon, retweets about basketball, shares about poetry and helps to promote fellow poets.

Mary Karr is renowned for her memoir entitled The Liars’ Club, which is about Mary’s childhood and she is also the author of works of poetry, such as Viper Rum and Sinners Welcome. Mary on her Twitter profile, shares links to articles and videos about news stories that interest her, interviews with other authors, and photos of different, unusual things that she likes, and inspirational quotes. Mary also posts thought-provoking statements.

Nick Flynn has written plays, memoirs and poetry. He is multi-award winning and examples of his poetry books include Some Ether: Poems, The Captain Asks for a Show of Hands, and My Feelings: Poems. Nick has even had a film adaptation of his book Another Bullshit Night in Suck City made, called Being Flynn. On Twitter, Nick shares about his books, articles that have been written by him and photos of interesting and varied things, with additional commentary about these. He also posts quotes from fellow poets, and gives invites to his followers to creative and literary events he’ll be attending.

With poetry books such as Count the Waves and Theories of Falling under her belt, Sandra Beasley also writes nonfiction. On her Twitter account, expect to see updates on poetry events Sandra will be attending, along with photos of occasions that have already happened. She also shares about her books, and posts invites to creative functions that will be taking place. Sandra also posts about what she is up to throughout the day and many of these are quite humorous!

A graduate of Virginia Commonwealth University, Tarfia Faizullah is the author of the famous, award-winning poetry book called Seam. On Twitter, Tarfia shares powerful quotes and statements, and comments on music she likes. She also posts links to articles and photos related to Bangladesh, the country of her origin.

Tyler Knott Gregson is renowned for his Typewriter Series of poems where he writes poems on scraps of paper and posts one every day! He is very active on social media, and on Twitter he posts a poem from his Daily Haiku on Love series from his blog on Tumblr. He also posts poems from his Typewriter Series, shares thoughts he has throughout the day and some wonderful photographs he has taken, as Tyler is also a professional photographer.

Image credit: Spencer E Holtaway on flickr and reproduced under Creative Commons 2.0[author] [author_image timthumb=’on’]https://writingtipsoasis.com/wp-content/uploads/2014/01/hv1.jpg[/author_image] [author_info]Hiten Vyas is the Founder and Managing Editor of eBooks India. He is also a prolific eBook writer with over 25 titles to his name.[/author_info] [/author]