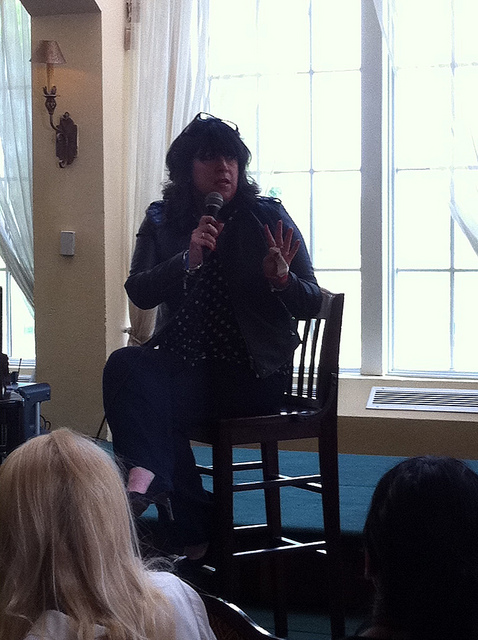 So what, she sold more than 70 million copies of her sex laden trilogy? E. L. James still has a long way to go as an author… These are some of the comments you will find being used by many critics of the hugely commercially successful Grey Trilogy by the author who the world didn’t know about before she published her books. But does she care? I don’t think so. E. L. James knows that she has made it big enough in the world of books and she can live with this knowledge. In fact, there are quite a few inspirational lessons that you can learn from her writing.

What E. L. James did is wrote her first book. After she got it published (she used self publishing by the way), it became a huge hit. She continued with publishing the second and third books in the trilogy. Are these books literary geniuses? Not really… But are they successful? 70 million is what you need to think. James didn’t follow the traditional ways of writing; one can find grammatical errors in her books. But who cares? She certainly doesn’t. If you plan to write, just write. Don’t think of being Shakespeare. He was one of a kind.

2. Decide whether you want to keep the critics happy or make some serious money

Some books are loved by the critics, but they bomb in terms of sales figures. Some books are loved both by the critics and the readers, Murakami for instance. As far as James is concerned, her books may have been slated by many critics. However, she has a huge, global fan base who love her books and buy them. When you decide to write, think what you want – critical acclaim or commercial success.

3. Infuriate people and it could pay

Many people may dislike Fifty Shade of Grey because they consider the book as an artistic faux pas. Tumblr even has an entry of the worst quotes from the book. The publishers rejected it and James had to resort to self publishing. But then, as her readers grew, the whispers started growing. “Oh it’s a naughty one, you know? That Fifty Shades of Grey.” Women would giggle and whisper… The point is that people started noticing the book because it angered so many people. The sales figures surged and the rest is history. Summary – if you know how to publicize your book, go ahead with it. Negative publicity is also publicity, haven’t we heard that enough?

E. L. James was clear in saying that her trilogy is based on her midlife crisis and she doesn’t worry about the sexual tag that has been attached to her three books. She has been scrutinized and rubbished, but she never took another stance. Being true to yourself takes courage, and this is what her readers loved. Whatever you write, stand by it and people will love you for your honesty.

E. L. James may have been the first of her kind, but she certainly wouldn’t be the last. Thanks to her unprecedented and unexpected success, there is a completely new breed of authors who are now trying their best to follow her path. Ms. James made something happen and we are sure going to come across new authors who can make things happen. Until then, let us just bask in the happiness of reading her trilogy.

Image credit: Rachel Kramer Bussel on flickr and reproduced under Creative Commons 2.0[author] [author_image timthumb=’on’]https://writingtipsoasis.com/wp-content/uploads/2014/03/Profile_Pic_Moumita.jpg[/author_image] [author_info]Moumita Goswami is a full-time homemaker and a passionate writer. She stays in Pune with her husband and daughter. After giving up working, she started writing about five years ago and can now be seen using her computer keyboard almost all the time. An MA in Psychology from Calcutta University, Moumita has spent time in Kolkata, Delhi and now Pune. For Moumita, writing started as a sudden chance but she soon discovered her likeness for it. And now she has developed a passion for writing and hardly any day passes without her scribbling a few lines. She dreams of publishing her own book one day and is working towards it.
[/author_info] [/author]