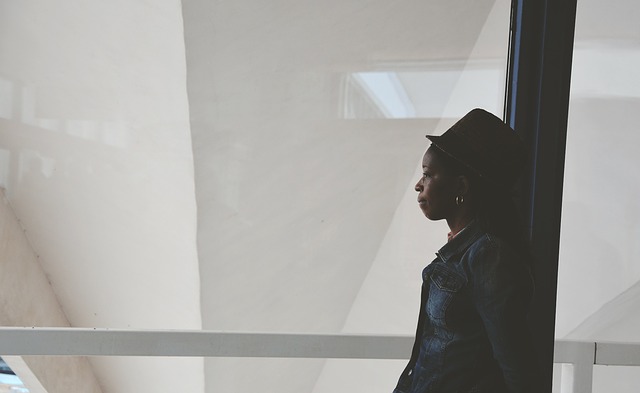 African American literature serves an important narrative in the world today. Popular authors like Maya Angelou and W.E.B. Du Bois may be the first to come to mind, but below you’ll find 21 of the best currently living African American authors and books they’ve written.

Learning to write well comes from an abundance of reading; so grab a novel from one of these African American authors and poets today!

This Nobel Prize and Pulitzer Prize winning author who hails from Ohio is best known for her novels, The Bluest Eye and Beloved. Morrison became a professor at Princeton University in 1989 where she established a unique writer’s workshop to help students. Now in her 80s, she still continues to write and published a novel in 2012 about the post-Korean War era called, Home.

A Georgia native, Walker is extremely well-known for writing the critically acclaimed The Color Purple. The book not only won the National Book Award and Pulitzer Prize for Fiction, but was turned into a film in 1985. Walker has written numerous other bestsellers including, Possessing the Secret of Joy and Meridian.

With over a quarter of a million followers on Twitter, McMillan has a large fan base for good reason. Her works include strong female protagonists and she is perhaps best known for her novel, Waiting to Exhale. The novel was adapted into a film in 1995 in which Whitney Houston starred. Who Asked You is her most recent piece where family ties are tested and characters are forced to deal with life’s tough problems.

Hailing from Memphis, Tennessee, Eric is a national best-selling author who originally pursued a career in engineering. He soon realized a love for writing after taking some creative writing classes and is now known for his novels about contemporary African-American life. With titles like, Decadence, Tempted by Trouble and Waking With Enemies, you’ll find Eric’s work gripping, entertaining and action-packed.

A New York Times bestselling author, Steffans has authored six novels (an example is The Vixen Diaries) to date. She is also a motivational speaker and owner of Steffans Publishing and The Gorgeous Girl’s Guide. Outspoken, unafraid and often vilified in the media, Steffans uses her past experiences to educate and inspire women all around the world. She aims to redefine what it means to be a woman and take control of whatever life throws at her.

A frequent guest on the Bill Maher show, CNN and C-Span, West is a Professor of Philosophy and author of over 20 books. He is best known for his classics, Race Matters and Democracy Matters, both social science novels. West has also appeared in popular movies, The Matrix Reloaded and The Matrix Revolutions. Born in Oklahoma, he has racked up many accolades in his 62 years and continues to remain active on social media.

Giovanni has authored three New York Times and LA Times bestsellers and is a University Distinguished Professor at Virginia Tech. She likes to cook, travel, dream and, of course, write! Named as one of Oprah Winfrey’s twenty-five “living legends,” Giovanni’s work covers race and social issues. Two of her more recent works are Chasing Utopia: A Hybrid and Bicycles: Love Poems.

Educated at Brooklyn College and Boston University, Beatty is a poet and novelist from LA. His most recent novel, The Sellout, is a satirical work which tackles topics ranging from race and violence to gangs and slavery. This book took him seven years to write and is garnering much positive attention in the literary community.

An author, screenwriter, mom and teacher, Due is a distinguished individual. Born in Tallahassee, Florida, she has nabbed several awards in her writing career including the American Book Award for The Living Blood. Her most recent publication, Ghost Summer: Stories, is an enthralling collection of short fiction not to be missed.

Hailing from Philadelphia, Woods’ is unique in that all of her work is self-published; a testament to her writing abilities, she has found success without the help of major publishing houses. Her determination to publish her first novel, True to the Game, drove her to create her own publishing company. She has now published twelve novels to date and her work has been recognized in Newsweek and Vibe magazines. Her refusal to be put down by rejection serves as an inspiration to all aspiring authors.

This New York Times bestselling author, mother and avid traveler has been called the “Queen of Hip Hop Fiction.” Turner has turned her love of writing into a successful career and has a large and dedicated following. With titles like, A Project Chick and Relapse, her work is gripping and her characters, vivid.

With a name like “Smiley,” how could you not be a fan of this author? Tavis is the host of Tavis Smiley on PBS, entrepreneur, advocate and philanthropist. Born in Mississippi, Smiley is a voice to those who feel they may not have one and a champion of social change. A friend of Maya Angelou’s, Tavis penned My Journey with Maya, an ode to the late author and activist. He also wrote, Death of a King, a story of Martin Luther King Jr.’s final year.

Not only a New York Times bestseller, Baisden is a national radio personality, activist and motivational speaker. His most recent book, Raise Your Hand If You Have Issues, is about finding peace in your own life; Baisden encourages readers to not conform to society’s expectations and live as your authentic self. A must-read for anyone uncertain about the future.

You may know him as the former President of the United States, but Barack Obama is also a bestselling author. Born in Honolulu, Hawaii, President Obama published Dreams from My Father in 1995; he also wrote a children’s book published in 2010 called, Of Thee I Sing: A Letter to My Daughters. While being an author may not be his claim to fame, his books are certainly worth a read.

An award-winning author and national correspondent for The Atlantic, this Baltimore native writes about cultural, political and social issues relating to the African-American community. Coates published a memoir in 2008, The Beautiful Struggle: A Father, Two Sons, and an Unlikely Road to Manhood, which details his inspiring coming-of-age story. The New York Times calls his most recent book, Between the World and Me, “exceptional.”

A resident of Brooklyn, NY who often appears on CNN and MSNBC, Blow published his first book in 2014; a memoir titled, Fire Shut Up in My Bones. This New York Times columnist’s story is one of abuse, racial struggles and, ultimately, triumph.

Mock’s memoir, Redefining Realness: My Path to Womanhood, Identity, Love & So Much More, debuted on the New York Times bestsellers list as the first memoir from a trans woman. An MSNBC host, advocate and Marie Claire contributing editor, this woman is an inspiration to all in this journey of life.

A poet, playwright and teacher, Rankine is an award-winning writer who believes in the art of words and inspiring others. Born in Jamaica, this fearless author takes on topics like race, economics and corporate culture. A master at her craft, Rankine is a true gem in the literary community.  Examples of her works, among others, include Citizen, an account of being black in America, Don’t Let Me Be Lonely, which takes on personal and political problems in the world today through lyric, essay and visual, and End Of The Alphabet, a collection of poems about overcoming despair.

Woodson is a talented author of books for children and young adults; she has a grand appreciation for storytelling, especially for the African-American community. She won the 2014 National Book Award in “Young People’s Literature” for Brown Girl Dreaming. Woodson covers a variety of topics from gender and socioeconomic status, to history and sexual identity.

Hailing from Brooklyn, NY, McBride was the recipient of the 2013 National Book Award for fiction for his novel, The Good Lord Bird. In addition to writing, McBride is a saxophonist and composer and father of three. He is currently a Distinguished Writer-in-Residence at New York University (NYU).

Born in New York, Lauren now calls Maryland her home where she has published her first book, ‘Til The Well Runs Dry, after spending years practicing law. The New York Times Book Review calls her work, “universally touching.” The novel is set in Trinidad and is roughly based on her grandmother’s story. This mother of two is working on writing more novels for her growing fanbase.