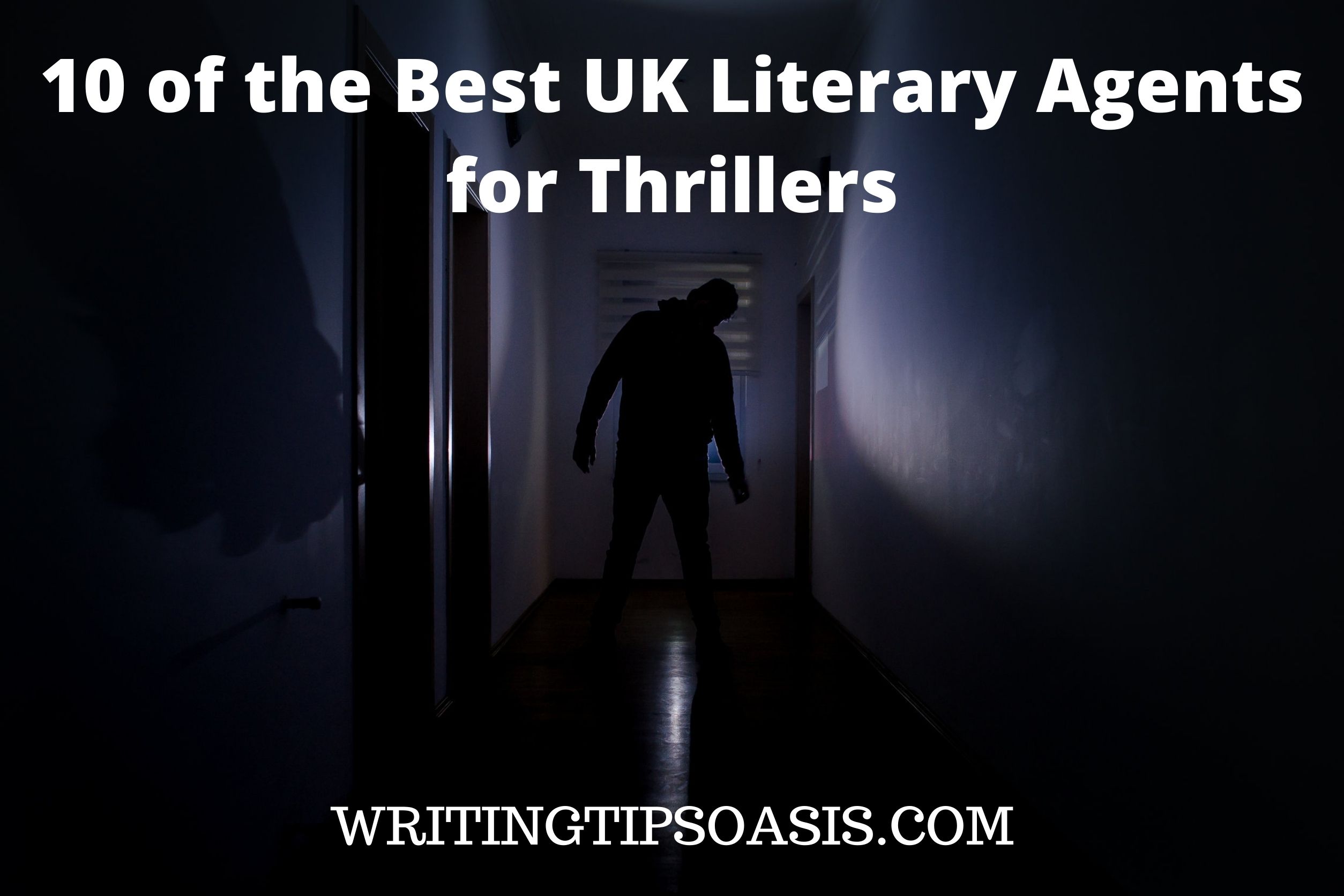 If you’re searching for a list of the best UK literary agents for thrillers, below we’ve featured 10 of them.

Located in London, in the United Kingdom, Madeleine Milburn is a literary agent and the director of Madeleine Milburn Ltd. She established the company in 2012 and continues to be active as an agent. She was recognized in 2018 as Literary Agent of the year and a member of the Association of Authors’ Agents (AAA).

Madeleine and her agency are looking for fiction books that have unique characters, great ideas and are driven by a solid plot. She is happy to take a look at fiction and non-fiction books, including thrillers, romance, inspirational books and memoirs. Writers should include a completed submission form, a short description of your book and a sample of your manuscript.

Darley Anderson is a literary agency working out of London, in the United Kingdom He is an agent and owner of Darley Anderson Literary Agency, where he works alongside a number of talented literary agents. He founded the company in 1988, a well-known firm that now represents writers and actors for movies and film.

Darley and his agency look for fiction including thrillers, mysteries, fantasy, sagas and romantic comedy. He is proud to have represented a number of now-famous writers, such as Martina Cole and Lee Child, and many other award-winning writers.

For thriller writers, Darley is personally open to considering thrillers with a strong main character set in the United States or Ireland. Writers looking to send a manuscript for consideration should email it to the company, along with a cover letter and short synopsis of the book.

Located in London, in the United Kingdom, Jonny Geller is the chairman and CEO of the Curtis Brown UK, a literary agency that is open to considering manuscripts of thriller novels. The firm was founded in 1899 and has a history of representing some of the world’s best writers, including Margaret Atwood and John le Carre.

The agency looks forward to taking a look at submissions from writers who are looking for a literary agent. They are looking for fiction books in a number of different genres, like historical fiction, thriller, memoir, politics and science fiction.

Writers interested in submitting a manuscript to Jonny Geller and Curtis Brown UK should do so through their submission portal system. They ask for a synopsis of your book, a sample of the manuscript, and a cover letter explaining your concept and why it is a good fit for this agency.

Sam Copeland is a literary agent who works in London, in the United Kingdom for RCW Literary agency. Founded in 1967 by Deborah Rogers, the agency is run by managing director Peter Straus today, who joined the company in 2006. The agency represents writers who write fiction, crime, thriller, as well as non-fiction.

In Sam Copeland, writers get the opportunity to work with an accomplished professional. He was shortlisted for Literary Agent of the Year in the last two years, as well as for Bookseller’s Most Influential People. He has worked with authors who write about crime, thrillers, historical fiction and books for young adults.

Sam is open to considering new book submissions, and writers interested in working with Sam should email him with a cover letter describing the background of your book and a sample of your manuscript.

Situated in London in the United Kingdom, Philip Patterson is a literary agent who works for Marjacq, a literary agency founded by George Markstein and Jacqui Lyons. Founded in 1974, it has established itself as a reputable literary agency with a critical eye for talented writers and good writing. The agency looks for fiction and non-fiction for adults and children, as well as original screenplays.

Philip joined Marjacq in 2003, after professional stints with Curtis Brown, another literary agency, and HarperCollins Publishers. Philip is particularly interested in writers who are focused on thrillers, historical fiction, commercial fiction, and non-fiction about history, politics and the military.

Authors with works in progress should email them directly at his email, with a cover letter, a sample of your book, and a synopsis for consideration.

Juliet Mushens is a literary agent who is also the founder of her own agency, Mushens Entertainment in London, in the United Kingdom. She has been a literary agent since 2011 and has had a highly successful career. She’s been shortlisted several times for Literary Agent of the Year as well as the top UK fiction dealmaker in her industry.

She is interested in working with writers of crime, thriller, historical fiction and gothic novels, books that appeal to a global readership as well as those that feature a prominent female character.

Interested writers should email a submission package to Juliet that includes a sample manuscript and a cover letter addressed to her for consideration.

Living and working out of London, in the United Kingdom, Caroline Hardman is a literary agent and co-founder of Hardman & Swainson LLP, a literary agency in the UK that is interested in book submissions of fiction, such as thrillers, crime and historical fiction novels, and non-fiction books on biology, psychology and feminism, among others.

Writers with a manuscript they feel Caroline will be interested in should email her directly through the company submissions email, including a query letter, full manuscript, and a synopsis of the book that is no longer than one page in length.

Rebecca Carter is a professional literary agent who works at Janklow & Nesbit UK. Located in London, in the United Kingdom, Janklow & Nesbit are considered one of the top literary agencies in the world today. Their literary agents, including Rebecca, represent writers working on children’s fiction, fiction for young adults, non-fiction, and fiction of multiple genres.

Rebecca represents writers who write both fiction and non-fiction. Formerly an editor at Random House, she now represents writers focused on fiction writing similar to crime fiction, speculative fiction and thrillers. Writers interested in submitting books to Rebecca for consideration should include a cover letter, synopsis and the first few chapters of your book.

From his offices in London, in the United Kingdom, Lisa Moylett is the founder of Coombs Moylett Maclean, a literary agency. A literary agent herself, Lisa set up the agency in 1997 with a group of talented colleagues. Today, they support the work of a number of successful authors, including Alan Williams, Anna Maconochie, and Richard O’Rawe, among others.

The company considers a number of genres of fiction books, such as historical fiction, mystery, thrillers, horror, literary fiction and women’s fiction. Authors interested in providing them with a submission should send in an author’s biography, query letter, synopsis of the book and the few three chapters for consideration.

After a long and successful career as a literary agent, Amanda Preston founded LBA Books in 2005, alongside her co-founders Luigi Bonomi and Alison Bonomi. Recipient of the RNA Literary Agent of the Year award in 2018, Amanda is committed to making providing writers with opportunities as well as feedback for their writing.

Amanda is accepting submissions of books that are well-told narratives, including women’s fiction, historical thrillers or crime novels. Writers who want Amanda to represent them should email her with a sample of your writing, a synopsis of the book and a cover letter detailing what the novel is about.