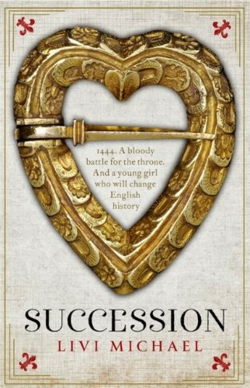 We have a special treat for you historical fiction fans this afternoon – an exclusive excerpt of Succession, the eagerly-awaited fifth novel from Livi Michael. Perfect for fans of Hilary Mantel, Succession is the extraordinary tale of Margaret Beaufort, mother of Henry VII, and how she became one of the most formidable women of her age. Grab a cuppa and enjoy the beginning of a thrilling, bloody downfall for the House of Lancaster and the victorious rise of the Tudor dynasty. It's what Thursday afternoons were made for.

View the Prologue of Succession by Livi Michael

Succession by Livi Michael is out now.