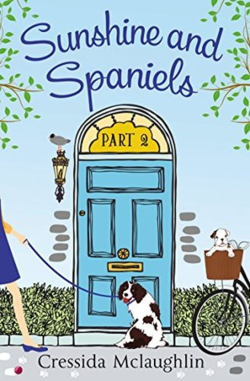 Hurrah! It is summer. A time when it becomes so hot you just can't do anything but lie down and read. Perfect for book nerds!

In that vein, this week we thought we'd let you know what we'll be reading on the beach this summer.

1. Royal Wedding by Meg Cabot – I've been waiting for this book for years and years so cannot wait to read it whilst lazing on the beach. Or by the pool, I'm not picky. Princess Mia (yes, she of the Princess Diaries series of books) is organising her wedding to Michael when the paparazzi uncovers she has a long lost younger sister, Olivia Grace.

2. The Heavenly Italian Ice Cream Shop by Abby Clements – Zarina is looking forward to immersing herself in this sequel to Vivien's Heavenly Ice Cream Shop. We return to sisters Anna and Imogen but now there's an Italian element.

3. The Little Flower Shop by the Sea by Ali McNamara – The first of two books Jennifer will be reading this summer. Poppy has inherited a flower shop from her grandmother, which has forced her to return to Cornwall. She struggles with the responsibility, life becomes complicated by romance and she's very tempted to just run away.

4. The Cherry Tree Cafe by Heidi Swain – Jennifer's second choice is about cupcakes, crafting and love. Forced to return home, Lizzie gets involved with her friend's new cafe.

5. Sunshine and Spaniels by Cressida Mclaughlin – One for Kirsty to read this summer, this is the second novella in the Primrose Terrace series. We once more join Cat Palmer whose dog walking business is starting to take off with a little help from her friends. 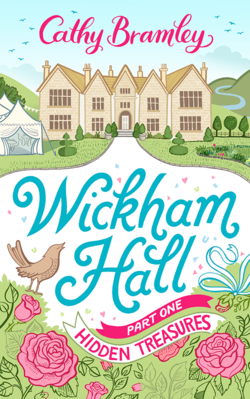 6. The Summer Without You by Karen Swann – Susan's book choice for the summer is about Rowena who is looking for a bit of adventure in her life. A chance encounter leads to a house share in The Hamptons and her life changes.

7. My Everything by Katie Marsh – This is Cesca's choice of beach read for later this summer as it comes out at the end of August. It is the story of Hannah. On the day she is going to tell him she's leaving he has a stroke. At the age of 32. And now she has to care for the man she was going to walk away from.

8. The Great Village Show by Alexandra Brown – Kerry has three choices for the beach. This is the second novel in the Tindledale series. We are introduced to Meg, a teacher at the school, who is keen to impose much-needed order to the village show. Then a terse encounter with a newcomer to the village teaches Meg that nothing is as it seems.

9. Love from Paris by Alexandra Potter – Kerry's second choice is out in September. The second book in the series, about Ruby the love detective. She is now off to Paris.

10. Wickham Hall by Cathy Bramley – Kerry's third choice and my current read (loving it) is Cathy's series of novellas called Wickham Hall. Holly lives with her mum and has been made redundant. Then she secures her dream job working in events at the beautiful Wickham Hall. Part One is out now.

What are your beach reads this summer?