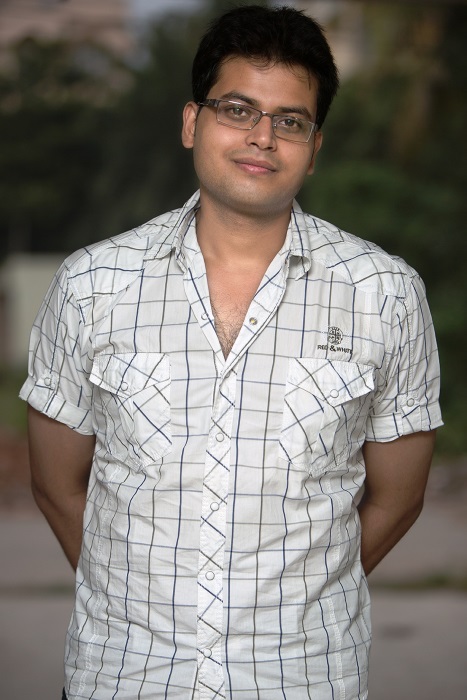 He is an esteemed writer of fantasy fiction. His debut story entitled The Secrets of the Dark: The Debt of Blood is Never Repaid, in The Saga of Agni Series was a huge success. This has led to his second story in this series being published recently called Rise of the Grey Prince. His name is Arka Chakrabarti and we interviewed him to find out more.

Welcome to e-Books India, Arka! We’re very happy to have you join us for this interview. Can you please give us some details about you? Where do you come from? What is your professional background and how did you become a fantasy fiction author?

Thanks, but the pleasure is mine. I am a boring tax consultant from Kolkata and right now I am pretty sure you can guess my educational background, which is of course Commerce. I know I have a very bad habit of stating the obvious. As far as family life goes I have a wonderful set of parents, I got married to my lady love when I was only twenty three and now I am a proud father of a beautiful three year old, Annapurna.

Fantasy fiction is something that I always wanted to write from the days I finished reading the Lord of the Rings trilogy. I know that it sounds very vague but LOTR opened the concept of imaginary worlds to me and pretty soon I was reading every fantasy novel I could lay my hands on. It always felt like a beautiful journey in a strange world full of secrets and so I believed that one day I will have one of my own like every little kid. Now, given the time and suitability of my profession I have submerged myself in this endeavour, I have started pampering the dream of that hidden child that exists in every adult.

You’re the author of The Saga of Agni series. Can you please tell us how the idea for this series came about?

The Saga of Agni series is the result of a dreadful childhood experience. It was Diwali and I was in my fifth standard. I tried to light a shell, those giant cylindrical fire breathing objects in the name of crackers and what happened after that was second degree burns on both my hands. My nails still do not grow like other normal people and I am afraid of fire. But later on what intrigued me was the unique nature of fire. Like a human being it had a good side and a bad side, a destructive side and a constructive side. While the titan Prometheus brought fire to mankind and Agni Dev became the first priest according to Hindu mythology, mankind had used its different properties to wage war and cause destruction as well. Thus this very concept gave rise to The Saga of Agni series.

Your first book in this series is called The Secrets of the Dark: The Debt of Blood is Never Repaid and was published in 2013. What was it like to pen this story and get it published?

As I had said earlier, The Saga of Agni is more like a personal journey to me and the readers are my companions in a sense. But when I started penning The Secrets of the Dark, I was alone and it was my escape from the monotony of life. Frankly I never thought of publishing it in the first place. But my mother egged me on to forward the story to the publishing houses. Later on Jayanta Da and Mr. Arup from Srishti Publishers and Distributors turned my small and insignificant journey into a life size reality. 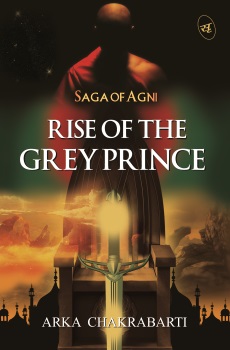 Your next book in The Saga of Agni Series has been published recently and is entitled Rise of the Grey Prince. Can you please tell us what this story is about?

Rise of the Grey Prince is the sequel to The Secrets of the Dark and like its prequel it follows Agni’s journey in the fantasy realm of Gaya. As Agni had discovered much of his past and true lineage in the first instalment, here he embarks on a new quest to reunite with his family but every journey has its perils, especially when you are the prophesized destroyer of worlds and two super powers are hunting you relentlessly. But the real intrigue of the realm of Gaya is not what is known of it but what is there to discover.

Are you working on any other book in The Saga of Agni series? If so, can you please tell us some more about your activities?

I am currently penning the third instalment of the Saga which will release sometime in 2016. I am also writing another book which is not of this Saga, but rather a psychological thriller based in the city of joy, Kolkata namely The Shadow.

Can you please share 3 top tips with budding authors who want to write a novel in the fantasy genre?

My three top tips to anyone who wants to write in the fantasy genre will be – be original, write what you would love to read yourself and the last but not least, never get angry or feel disappointed with negative remarks.

What I believe is that every negative thought that you hear about your writing or concept gives you a different idea which in turn helps you in becoming a better writer. But never forget your own style of writing, evolve and never think of churning out a bestseller because if you write a good book then eventually it will turn out to be a one.

I am on every social networking site I can think of, except Pinterest, Instagram, Wattapad, okay may be not every and maybe it was an exaggerated statement.

So to be more specific, one can easily find the Saga of Agni official Facebook page, I am on Twitter  and you can mail me at sagaofagni99@gmail.com.

Also I will be happy to answer any questions on Goodreads. Well that’s about it… Always remember ‘as a reader finds a book, the book also finds the reader, so Happy Reading.’

Getting a copy of Rise of the Grey Prince

Many thanks to Arka from e-Books India. We appreciate his answers. If you would like to get a copy of his book Rise of the Grey Prince, it is available from major retailers including Flipkart and Amazon.