We have two delicious novels up for grabs today. Vanilla Salt by Ada Parellada about a gruff but brilliant chef who is struggling to fill his restaurant in Barcelona, and The Hundred-Foot Journey, which sees an Indian family open a restaurant opposite a famous chef, Madame Mallory, in a remote French village. The latter has recently been adapted for film, which we’re off to see tonight, and stars the wonderful Helen Mirren. Have a peek at the trailer and read on for your chance to win both books. 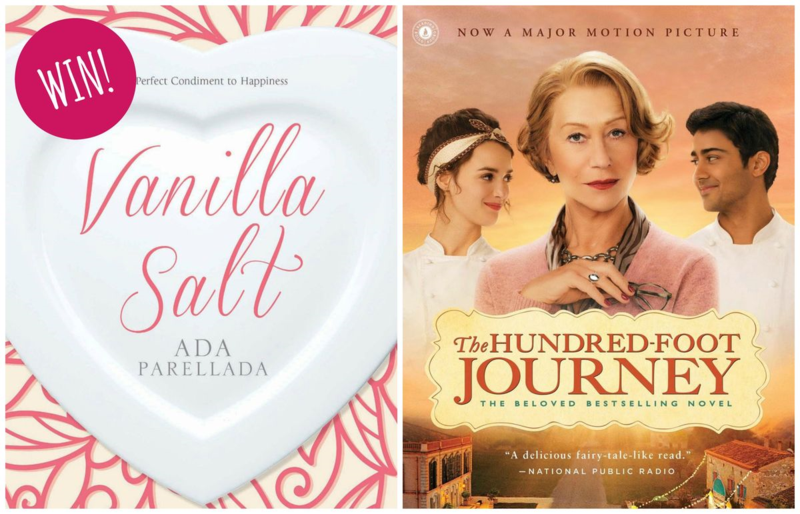 Alex is a brilliant chef, but he struggles to fill his Barcelona restaurant because of his gruff, eccentric personality and his refusal to use ingredients that trace their culinary origins to America, such as potatoes and tomatoes.

When he meets the young, enthusiastic and beautiful Canadian Annette, he finds his ideas and narrow-mind outlook challenged, and discovers that they both share a painful past. Written by one of the most acclaimed Iberian chefs, Vanilla Salt is a sensual and mouth-watering exploration of the kitchen and the human heart, as well as a tale of simmering passions and the need to confront personal truths.

The story of Hassan Haji, a boy from Mumbai who embarks, along with his boisterous family, on a picaresque journey first to London and then across Europe, before they ultimately open a restaurant opposite a famous chef, Madame Mallory, in the remote French village of Lumiere. A culinary war ensues, pitting Hassan's Mumbai-toughened father against the imperious Michelin-starred cordon bleu, until Madame Mallory realizes that Hassan is a cook with natural talents far superior to her own. Full of eccentric characters, hilarious cultural mishaps, vivid settings and delicious meals described in rich, sensuous detail, Hassan's charming account lays bare the inner workings of the elite world of French haute cuisine, and provides a life-affirming and poignant coming-of-age tale.

To enter the competition, leave a comment telling us which book you would like to read first. This giveaway is for entrants in the UK only and the last day for entries will be next Friday 5 September. Winners will be contacted via the email address used to enter. Best of luck!