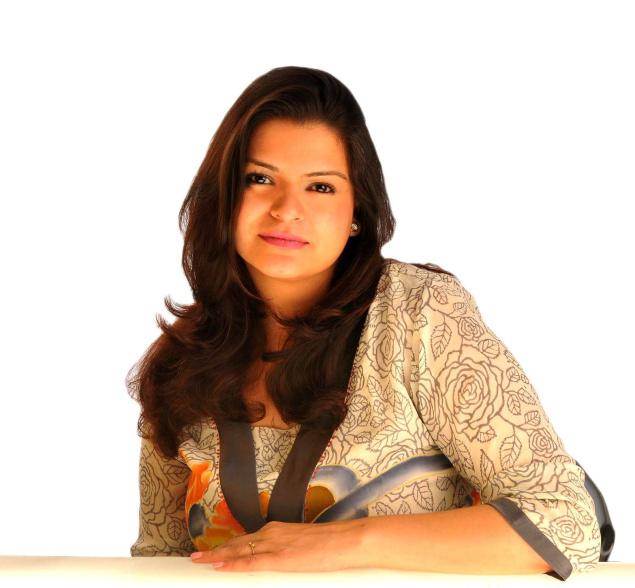 She’s a novelist at heart, famed for writing the bestselling novel entitled Almost Single, and has since moved into the world of scriptwriting. Her name is Advaita Kala. We interviewed Advaita to find out more about her passion for writing, her book Almost Single and to learn about her experiences with writing screenplays for Bollywood, and for the Airlines television series, which was launched on the Star Plus TV channel this year.

You have a varied and fast-paced background, having lived in numerous cities. Can you please tell us some more about it, and how you came about to pursue a career in writing?

Well I have traveled and lived across the country and in some places abroad for most of my life. I can’t think of having stayed in any one place for more than a couple of years, except college in the US where I had to be there for four years. Now I seemed to have dropped anchor in Delhi, so I guess I’ve grown up. Although I am constantly urged to move again, this time to Mumbai, but I resist that. Its time to “settle down”. I think my nomadic life is very much linked to my need to write, the fact that books and writing became a friend. A way of making sense of the ever changing world around me and the experiences I had. It’s always been a private endeavour that found an audience the one time I decided to go public. For that I remain indebted.

You’re the author of the acclaimed, bestselling novel entitled Almost Single. Can you please tell us some more about this story, and what factors such as issues in society, led you to write it?

I was a little frustrated with the way single women were viewed in society, as incomplete. Almost Single was a way of dealing with that bias with humor and driving home a point. Indian (urban) women are at an interesting point, they have to balance tradition and modernity, never before have so many women been in the work force. It’s a time of great opportunity but also difficult choices, women are redefining themselves. Almost Single looked at it from one perspective….and found its readers.

Do you have any other novel(s) in the pipeline? If so, could you please tell us bit a more?

Yes!! But it’s too early to speak about it.

You’re also an established screenwriter and have written the screenplays for the Bollywood movies entitled Anjaana Anjaani, and Kahaani. Out of these two movies, which one did you enjoy working on the most, and can you please tell us why?

I would say both of them in their own way. It’s hard to pick one over the other. But Anjaana Anjaani was the first, so I got to learn a lot and I have such a long way to go that any experience that helps me grow as a writer, an artist, remains most valuable. So that is the only measure.

You’ve also written the script for the popular Airlines – Har Udaan Ek Toofan series. Can you please tell us how you came about to write this series, and what key messages you wanted to convey through it?

Conceiving Airlines and writing the first ten episodes of the show was a challenge, it was a new medium and once again I was on a learning curve. There was a lot I discovered about the medium, the space it permitted you and the budget constraints. In films, when I write, I don’t have to think about the budget ever. But here I had to squeeze out the viewing experience from the writing…there were no crutches, like a great location or special effects; one had to create the moments in the writing. So that was a challenge, especially for a one hour episode that is complete in itself. Also, it was about bringing a different girl to television screens with Ananya Rawat. I had a great time creating Aisha Bhatia and Vidya Bagchi. I wanted to see if Ananya Rawat would connect as well and she has. And much credit goes to Tulip Joshi who plays her with such grace.

Can you please share 3 top tips with budding scriptwriters who want to write screenplays for television and/or cinema?

One piece of advice – Just write. That’s all there is to it, nothing else. The rest is drama!

I have a Facebook page and people can follow me there if they wish to, and I’m also on Twitter. I write a weekly column for the Daily Mail and also a food column twice a month, for the Financial Express called Epicuriosity.