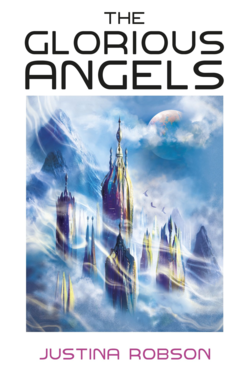 Tralane Hutingore is an engineer in the city of Glimshard. It is Tralane’s task to source and analyse old abandoned scraps of technology to gain knowledge that has been lost over the years. The city is under threat from the Karoo, an alien species that they are at war with and the whole Empire is at risk.

When the novel begins, we meet Zharazin Mazhd, who is set the task of spying on a plane and its occupants as it arrives in the city, but when he sees that it is Tralane at the helm, he isn’t sure what he should do with the information.

I really struggled with the beginning of the book as I didn’t know who or what Zharazin was staking out – or indeed who Zharazin himself was – so didn’t feel invested in his mission. Because of this initial difficulty, I found the book hard to get into.

It’s such a hefty book and I found a lot of the content was too complicated and wasn’t explained very clearly at all.

Perhaps this is simply because the fantasy genre isn’t one that I am overly familiar with, but I just failed to get my head around most of the plot!

I can’t say that I enjoyed the book, but I can see how much work the author has put into creating a vast world and its inhabitants and somebody who actively seeks out fantasy novels would probably take to it far better than I did, but it really didn’t suit my tastes at all I’m afraid.