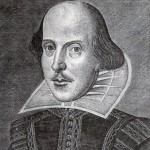 William Shakespeare, also known as the Bard of Avon, or ‘the greatest bard who ever lived’, was the greatest playwright and perhaps the most beloved writer in the English language. He wrote over 35 plays, 150 sonnets and several long poems as well. Many of the common phrases in use in the English language today are a legacy from Shakespeare. About 400 years later, we still read … END_OF_DOCUMENT_TOKEN_TO_BE_REPLACED