From the sunshine-rich, sandy beaches of summer to the immense roar and cutting salty spray of a coastal storm, the sea makes for an irresistible setting in novels. As the season changes and holidaymakers leave the coast for home, we’ve rounded up 10 sumptuous reads that’ll take you down to the sea again; to the low thud of fishing boats, to the metallic tinkling of the amusement arcade and to the secrets, loves and lives found amongst them. 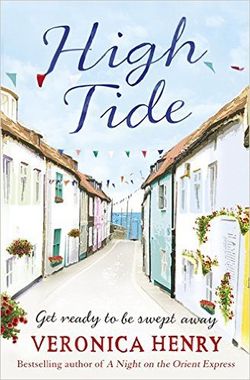 1. Hide Tide by Veronica Henry – Set in the delightful coastal town of Penfleet, we’re introduced to an array of characters and conflicts in Veronica Henry’s latest novel. There’s Kate, who has only planned a flying visit to clear out the family home after the death of her mother, but is drawn back into her own past with the discovery of an anonymous letter. Single dad Sam, meanwhile, is juggling his deli and two lively teenagers, so romance is the last thing on his mind. Then Cupid fires an unexpected arrow.

2. The Sea Between Us by Emylia Hall – In a remote Cornish cove, on one of the last days of summer, Robyn Swinton is drowning. She is saved – just – by local boy Jago Winters, and it is a moment that will change both of them forever.

3. The Oyster Catcher by Jo Thomas – When the opportunity arises for runaway bride newcomer Fiona Clutterbuck to work for Sean Thornton, the local oyster farmer in Dooleybridge, County Galway, she jumps at the chance. Now Fi must navigate suspicious locals, jealous rivals and a wild, unpredictable boss if she's to find a new life, and love, on the Irish coast. And nothing – not even a chronic fear of water – is going to hold her back.

4. The Sea Sisters by Lucy Clarke – Katie’s carefully structured world is shattered by the news that her headstrong younger sister, Mia, has been found dead in Bali – and the police claim it was suicide. With only the entries of Mia’s travel journal as her guide, Katie retraces the last few months of her sister’s life, and – page by page, country by country – begins to uncover the mystery surrounding her death.

5. The Little Flower Shop by the Sea by Ali McNamara – Inheriting her grandmother's flower shop has forced Poppy to return to Cornwall, a place that holds too many memories. Poppy is determined to do her best for the sake of her adored grandmother, but she struggles with the responsibility of the more-shabby-than-chic shop. And with the added complication of Jake, the gruff but gorgeous local flower grower, Poppy is very tempted to run away…

6. The Sea Garden by Deborah Lawrenson – On a lush Mediterranean island off the French coast, Ellie has accepted a commission to restore an abandoned garden. It seems idyllic, but the longer Ellie spends at the house and garden, the more she senses darkness, and a lingering evil that seems to haunt her. 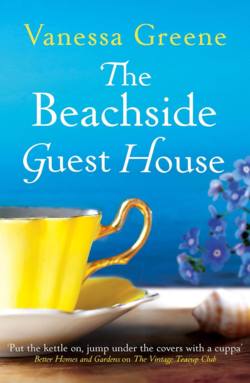 7. The Beachside Guest House by Vanessa Green – Friends Rosa and Bee learn that the windmill guest house they holidayed at together as teenagers on the beautiful Greek island of Paros is going bust, so they form a plan: why not go back to the island and take it over themselves? And so begins a life-changing journey – because it turns out that opening a guest house and reliving their teenage dreams isn't that easy.

8. Secrets of the Sea House by Elisabeth Gifford – Ruth and Michael are renovating their dilapidated house by the sea, which they have purchased to turn into a guesthouse and raise a family in. While fixing one of the rooms, they make the grim discovery of a body, buried in a trunk over a hundred years ago. The body is of a young baby, its legs fused together and resembling a mermaid’s tail.

9. A Seaside Affair by Fern Britton – When the residents of the Cornish seaside town of Trevay discover that their much-loved theatre is about to be taken over by a coffee chain, they are up in arms. It is up to Penny Leighton, hotshot producer and the vicar’s wife, to come up with a rescue plan. Armed with only her mobile phone, she starts to pull in some serious favours from celebrity friends.

10. A Cottage by the Sea by Carole Matthews – Grace has been best friends with Ella and Flick forever. The late-night chats, shared heartaches and good times have created a bond that has stood the test of time. When Ella invites them to stay for a week in her cottage in South Wales, Grace jumps at the chance to see her old friends. She also hopes that the change of scenery will help her reconnect with her distant husband. Then Flick arrives accompanied by the handsome and charming Noah.

Can you recommend any other seaside novels?