Most readers experience their audiobook conversion on long car journeys, especially during the summer holidays when lengthy road trips, ‘are we there yets?’ and backseat brawls are at their peak. With the mere click of a button, your expedition can be transformed by good, old-fashioned family listening time and some lively book discussion once the story is over, too.

Think you don’t have time for audiobooks? Here are our favourite ways to listen to novels – even when we’re not driving – as well as our top ten picks for summer (and a competition!).

6.  Showering and getting ready for the day

9.  While working on craft projects

10. On long, pretty countryside walks or while window shopping in town

Sold? Ready to put some of your untapped reading time to good use?

Here are our top audiobook picks for the summer (with the opportunity to win some of them): 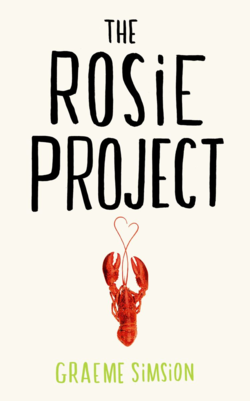 1. The Rosie Project by Graeme Simsion – Meet Don. Don is a genetics professor who just might be somewhere on the autistic spectrum. He looks a little like Gregory Peck and is getting married. He just doesn't know who to yet. But he has designed a very detailed questionnaire to help him find the perfect woman. And it's definitely not Rosie. We devoured this novel in paperback, but happily listened to the fresh and perfectly narrated audio version earlier this summer.

2. The One Plus One by Jojo Moyes – Narrated by Elizabeth Bower, Ben Elliot, Nicola Stanton and Steven France and one of our favourite books of the year so far, The One Plus One features its own family road trip as single mother Jess, son Nicky, daughter Tanzie and Norman, the very flatulent family dog, take a chance ride with Ed to get to a Math Olympiad competition in Scotland.

3. The Shock of the Fall by Nathan Filer – Winner of the Costa prize for best first novel, The Shock of the Fall is a beautiful and gripping read about one man’s descent into mental illness. Be warned though, press play and you'd better have time to spare – you could easily lose a whole day to this one.

4. The Husband's Secret by Liane Moriarty – Imagine that your husband wrote you a letter, to be opened after his death. Imagine, too, that the letter contains his deepest, darkest secret – something with the potential to destroy not just the life you built together, but the lives of others as well. If you came across the letter while he was still living, would you open it? 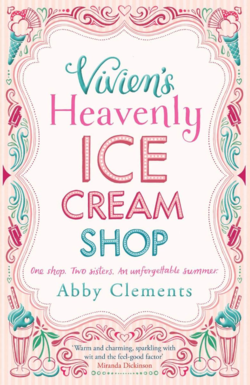 5. Vivien's Heavenly Ice Cream Shop by Abby Clements – Stories by Abby Clements are always a delight to read and we’ve thoroughly enjoyed sitting back, relaxing and allowing the tale of Imogen and Anna unexpectedly inheriting their grandmother Vivien's ice cream parlour in Brighton, to wash over us. An absolutely charming listen.

6. The Fault in Our Stars by John Green – If you haven’t read (or seen) one of the year’s most talked about books, the audio version of this epic love story will stay with you forever. Despite the tumor-shrinking medical miracle that has bought her a few years, Hazel has never been anything but terminal, her final chapter inscribed upon diagnosis. But when a gorgeous plot twist named Augustus Waters suddenly appears at Cancer Kid Support Group, Hazel's story is about to be completely rewritten.

7. Elizabeth is Missing by Emma Healey – Maud is forgetful. She makes a cup of tea and doesn't remember to drink it. She sometimes thinks her daughter Helen is a total stranger. But there's one thing Maud is sure of: Her friend Elizabeth is missing. The note in her pocket tells her so. And no matter who tells her to stop going on about it, Maud will get to the bottom of it. Kate called this novel “beautiful and disturbing” when she reviewed earlier this year. 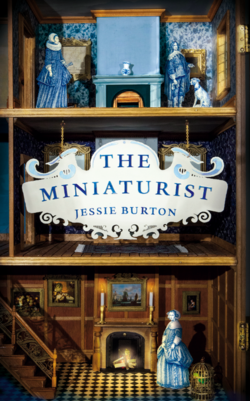 8. The Miniaturist by Jessie Burton – It is Amsterdam in 1686 in Jessie Burton’s The Miniaturist, and 18-year-old Nella Oortman has arrived at the grand house of her new husband, the wealthy merchant Johannes Brandt. Amidst Nella’s struggles to settle in, Johannes presents an extraordinary wedding gift: a cabinet-sized replica of their home. It is to be furnished by an elusive miniaturist, whose tiny creations mirror their real-life counterparts in unexpected ways. This deliciously mysterious novel just saw us through a 10-hour car journey and is highly recommended.

9. A Hundred Pieces of Me by Lucy Dillon – Lucy is well known for writing gorgeously romantic novels – she won the RNA Romantic Novel of the Year award for Lost Dogs and Lonely Hearts – and her latest is no exception. Gina is starting her life again, after a difficult few years she'd rather forget. But the belongings she's treasured for so long just don't seem to fit who she is now. So Gina makes a resolution. She'll keep just a hundred items – the rest can go. But that means coming to terms with her past and learning to embrace the future, whatever it might bring…

10. The Silkworm by Robert Galbraith –The Silkworm is a follow up to J.K. Rowling's first crime novel The Cuckoo's Calling, which released last year under the pseudonym Robert Galbraith, and it sees the return of private detective Cormoran Strike and his assistant Robin Ellacott. There's nothing like a gripping crime novel to make your housework fly by.

We’d love to hear how you enjoy listening to audiobooks. See any here you’d like try? Leave a comment stating which title you’re most keen on (or tell us about your audiobook habits) and we’ll pick five random readers who will each win their choice of book from audible.co.uk. Winners will be chosen on Monday 28 July and contacted via the email address they used to enter.