DUFFS, whips, a hunchbacked Daniel Radcliffe and Captain Hook and Peter Pan teaming up to defeat the notorious Blackbeard, 2015 is set to be a great year for book to film adaptations. Here are a few we’re especially excited about. 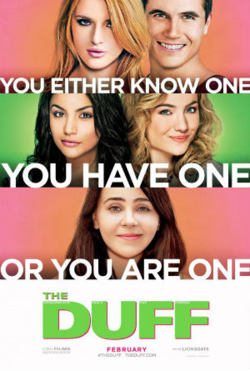 When innocent literature student Anastasia Steele interviews the rich, powerful and dominant Christian Grey, they embark upon a passionate and exploratory affair. Many hundreds of pages of sex and BDSM ensue with just a little plot on the side, but there has been so much hype surrounding this film adaptation, it’s bound to be a success. We’ve already reserved our cinema seats in fact – can we get an “oh my”? It’s not quite as raunchy as the book according to reports, so you might want to buy a copy before February 13 to get the full E.L. James experience. Watch the trailer. If you’d like to win a copy of the novel, we have a couple up for grabs here.

When Alice – played by the brilliant Julianne Moore in the film – finds herself in the rapidly downward spiral of Alzheimer's Disease she is just fifty years old. A university professor, wife, and mother of three, she still has so much more to do – books to write, places to see, grandchildren to meet. But when she can't remember how to make her famous Christmas pudding and then gets lost in her own garden, she comes up with a plan. Watch the trailer.

In Insurgent, the second book in Veronica Roth’s Divergent series, Tris has survived a brutal attack on her former home and family, but she has paid a terrible price. Wracked by grief and guilt, she becomes ever more reckless as she struggles to accept her new future. With a March release date, there’s still time to read both book one and two before the film hits cinemas. We devoured them in a single weekend. Watch the trailer.

Remember the rom-com She’s All That from 1999? Yes, the Freddie Prinze Jr. masterpiece from SIXTEEN years ago. The Duff is like the modern version, and we’re pretty excited about it. Seventeen-year-old Bianca Piper is smart, cynical, loyal – and well aware that she's not the hot one in her group of friends. But when high-school jock and all round moron Wesley Rush tells her she's a DUFF – a Designated, Ugly Fat Friend – Bianca does not the see funny side. Seriously. Who says that, Wesley? C’mon. She may not be a beauty but she'd never stoop so low as to go anywhere near the likes of you … or would she? Watch the trailer. 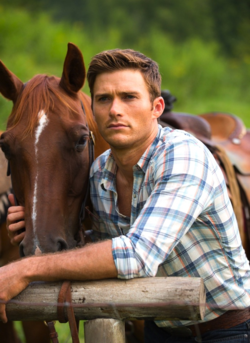 Ira and Ruth. Sophia and Luke. Two couples, separated by years and experience, whose lives are about to converge in the most unexpected – and shocking – of ways. If you’re a fan of Nicholas Sparks adaptations, this is set to be a lovely one. When Cressida reviewed the book back in November 2013, she called it “a dual love story of epic proportions”, which had her reaching for the tissues on several occasions. Check out the trailer and say hello to Clint Eastwood’s hot son. Aye yai yai.

6. Far from the Madding Crowd by Thomas Hardy – Friday 1 May.

A Thomas Hardy classic, Far from the Madding Crowd is about an independent woman who attracts three very different suitors: a shepherd, a sergeant, and a rich bachelor. Watch the trailer.

Quentin has always loved Margo, who is something of a legend at their high school. So when she one day climbs through his window and summons him on an all-night road trip of revenge he cannot help but follow. But the next day Margo doesn't come to school and a week later she is still missing. Q soon learns that there are clues in her disappearance … and they are for him. We haven’t read this yet, but after the success of The Fault in Our Stars, it’s definitely on our radar.

Admittedly, we weren’t sure about Pan at first. An update on J.M Barrie’s classic, this origin story sees an orphan named Peter spirited away to the magical world of Neverland, where he becomes the savior of the natives and leads a rebellion against evil pirates. Directed by Joe Wright (Anna Karenina, Atonement and Pride & Prejudice), it was hard to picture until we saw the awesome, awesome trailer. Not only does Hugh Jackman cut a fine Blackbeard, but it has made us long to re-read one of childhood favourites with the kids in our lives. 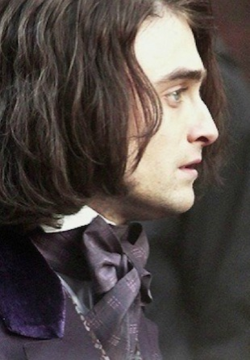 Daniel Radcliffe did a fantastic job as Arthur Kipps in the 2012 adaptation of The Woman in Black so we’re incredibly excited to see how he does as Igor, Victor Frankenstein’s hunchbacked young assistant. Just in time for Halloween, too!

The last book of the Hunger Games series, Mockingjay is the completion of Katniss Everdeen’s rebellion against the Capital and her fight to bring President Snow down. Alas, this means the series is nearly over. Sadness.

What book to film adaptations are you most looking forward to this year?