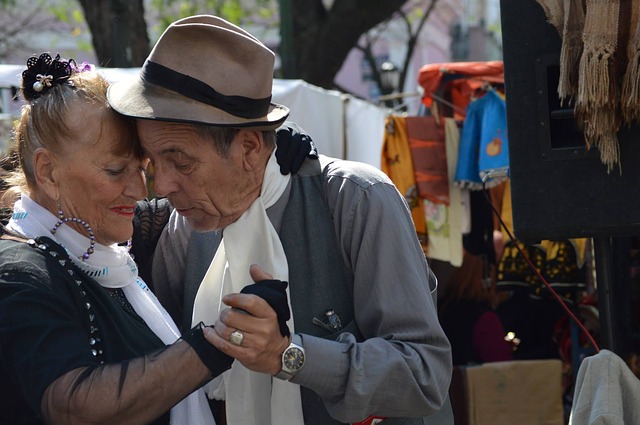 Latin America and the Caribbean region comprises of 41 countries that are home to many literary talents. While most immediately associate Latin writing with that of the famous Gabriel García Márquez, who was born in Colombia, and Octavio Paz (born in Mexico City, Mexico), there are many others alive today who have written works worth reading. Latin American literature has a rich history and deep cultural roots but is too often neglected from suggested reading lists. Here’s to changing that starting with the suggested 21 Latino authors below.

Mexican novelist, essayist and screenwriter, Esquivel is best known for her book, Like Water for Chocolate. This food-inspired book became a bestseller in both Mexico and the United States and was later turned into a film (which became the highest grossing Spanish-language film ever released in the U.S. at the time). Esquivel began her writing career while working as a kindergarten teacher and later went on to write children’s television programs.

Born in the Dominican Republic, Díaz is an award-winning author who was raised in New Jersey. His New York Times Bestselling collection of short stories, This Is How You Lose Her, is funny, yet sensitive, and poetically written. Díaz also won the Pulitzer Prize for his novel, The Brief Wondrous Life Of Oscar Wao, published in 2007. He is currently a professor of creative writing at Massachusetts Institute of Technology (MIT). Díaz stresses to his students the importance of reading works from authors “who don’t look like you” and also requires them to watch Star Wars to further their understanding of the world “in more complex ways.” Sounds like a pretty cool professor to me.

Not every author can say they’ve written a book that was adapted into a film starring the likes of Salma Hayek and Marc Anthony…but Julia Alvarez can! In the Time of the Butterflies was published in 1994 and released in theaters in 2001. Though born in New York, Alavarez’ parents are natives of the Dominican Republic and she spent the first ten years of her life in the DR. Much of her work is influenced by her experiences as a Dominican in the United States as she writes about ethnic, gender and class conflicts. In 2002 Alvarez received the Hispanic Heritage Award in Literature.

With nearly eleven million followers on Twitter and over 27 million “likes” on Facebook, Coelho is a powerful voice in the Latino literary community. Brazilian-born Coelho is most famous for his novel, The Alchemist, which is commonly taught in schools around the globe. A lesson in never giving up, many have called this charming story life-changing and a favorite book of all time. If you’re looking to be inspired by quotes like this, “The secret of life, though, is to fall seven times and to get up eight times,” then read (or re-read) The Alchemist today!

Born in Peru, Allende has not only authored 20 books but is also a recipient of the Presidential Medal of Freedom which President Barack Obama awarded her in 2014. A strong believer in taking care of others, Allende writes on her website: “In every human being there is a core of shining dignity and courage.” Her novels often pay homage to the lives of women and are written in a style known as magical realism. In 1996 she started The Isabel Allende Foundation in honor of her late daughter, Paula Frias. The foundation supports nonprofits in Chile and California whose missions provide women and children access to healthcare, education and protection from violence.

Famed author Llosa was born in Peru and received the 2010 Nobel Prize in Literature. He ran for the Peruvian presidency in 1990 but ultimately lost the election. His writing often draws on historical material as well as his own experiences in both modern and postmodern styles. The Time of the Hero, Vargas Llosa’s first novel, was published in Spain in 1963 and is based on his experiences in the military academy. This author is extremely passionate about writing and has even said in an interview that when he finishes a book, “I feel an emptiness, a malaise, because the novel has become a part of me.”

Zambra is a Chilean poet and novelist who studied at the University of Chile where he earned a degree in Hispanic literature. The New Yorker magazine named him “Latin America’s New Literary Star.” His collection of entertaining short stories, My Documents, has received much positive feedback in the literary community. His other works include Bonsai and Ways of Going Home.

Born in Mexico City, Nettel received her PhD in linguistics from a university in Paris. She is the author of four short stories, a highly acclaimed memoir and her most recent novel, The Body Where I Was Born. In 2007 she was named one of the Bogotá 39, one of the most promising young Latin American writers under the age of thirty-nine. A master of style and poetic prose, Nettel is an extremely talented Latina author worth reading.

This Argentine novelist born in 1975 is the author of My Fathers’ Ghost Is Climbing in the Rain, the story of a young writer who returns home to say goodbye to his dying father. The New Yorker calls Pron’s work “enthralling,” while fellow Latino author Daniel Alarcón calls him an “immense talent” and “daring writer.”

Educated at the University of Granada, this Spanish-Argentine writer and poet is a true talent in the literary community. His award-winning novel, Traveller of the Century, was selected among the best books of the year by The Guardian, The Independent and Financial Times. Set in a small German town, this book richly dives into topics of philosophical and historical nature as well as the timeless theme of love. Neuman has written nearly twenty distinct works, including four novels and nine books of poetry so you have no excuse not to pick up one of them and get reading today!

Born in Mexico City but raised in South Africa, Luiselli is a young Mexican novelist and essayist who studied Comparative Literature at Columbia University. In 2014 she was the recipient of the National Book Foundation’s “5 under 35” award. Her works include Faces in the Crowd, Sidewalks and her most recent novel published in 2015, The Story of My Teeth. The LA Times calls Luiselli, “one of the most exciting new writers working today.” Her quirky writings and inventive stories are definitely worth a read.

Schweblin is a short story writer who was born in Argentina in 1978 and is considered one of the country’s best young writers. In 2008, she won the Casa de la Américas Prize for her second book, Pájaros en la boca as well as Mexico’s FONCA grant for the promotion of culture and art. Her stories walk the line between reality and fantasy and often draw on the idea of fear in our society.

Born in Peru, Roncagliolo is a writer, screenwriter and investigative journalist. Like Samanta Schweblin, Roncagliolo’s novels primarily deal with fear. He grew up surrounded by The Shining Path revolution, made of bombs, blackouts, fear and death in Peru. His experiences prompted him to write his novel Red April and his non-fiction book La Cuarta Espada. In 2010 he was chosen by the British magazine Granta as one of 22 best Spanish writers under 35.

A current resident of San Francisco, Alarcón was born in Lima, Peru. He earned a bachelor’s degree in Anthropology from Columbia University and a master’s from the Iowa Writers’ Workshop. With nearly 19,000 Twitter followers, this popular Latino author was even featured in The New Yorker’s “20 Under 40” Fiction issue. His popular novels include Lost City Radio, At Night We Walk in Circles and War by Candlelight: Stories.

A graduate of Harvard University, Santiago was born in San Juan, Puerto Rico and moved to the United States at the age of 13. Santiago grew up the eldest of eleven children and struggled with poverty and discrimination throughout her life. Her memoirs detail overcoming obstacles and the difficult shift in acclimating to new cultures. When I Was Puerto Rican, America’s Dream and Almost a Woman are all works of Santiago’s and each serves as an inspiration to women, and the Latino population in general, who may be struggling with certain stereotypes.

With nearly 200,000 followers on Twitter, Volpi is an incredibly popular and talented author within the Latino community. Born in Mexico City, Volpi is best known for his novels and essays which often include elements of romance, intrigue and ethical questions. His works include In Search of Klingsor and The End of Madness.

Villaseñor was diagnosed with dyslexia in his late-twenties and has since said it has been his “saving grace.” He’s an original thinker with a unique way of observing the world around him and his fans can discover this through his writings. This Mexican-American author is also a talented public speaker who founded the non-profit organization “Snowgoose Global Thanksgiving” to help promote peace and harmony around the world. His national bestselling book, Rain of Gold, recounts the harrowing story of his own parents, who were undocumented immigrants from Mexico, as they escaped from the Mexican Revolution.

Born in Ecuador and raised in Queens, NY, Córdova writes young adult romance and urban fantasy novels. Her work often includes tales of 20-something-year-old-girls searching for love and the meaning of life. This author, who learned English by watching “The Little Mermaid,” has said that she often wishes her life was a cross between Buffy the Vampire Slayer and Sex and the City. Check out her series, The Vicious Deep.

“I’m a demon who writes what she feels…I write or say what people think is not fashionable,” said Guerra in a 2014 interview. This Cuban poet and novelist draws off of her personal life and history to create highly acclaimed pieces of literary work. Guerra has always been a strong proponent of diary-writing; in fact, her diaries formed the basis for her fictional first novel, They All Leave, which was published in 2006. Her words are both heart breaking and hilarious, certainly standing out from the rest.

A Mexican poet, journalist, novelist and environmental activist, Aridjis is best known for his original works and strong influence. In 1985, he organized the Group of 100 (a group of prominent artists and writers), which included the likes of Octavio Paz and Gabriel Garcia Marquez, to defend biodiversity in Mexico and Latin America. His book entitled 1492: The Life and Times Juan Cabezon of Castile, was named New York Times Notable Book of the Year, in which Aridjis writes of a world where both the Moors and Jews are under attack.

Born in Rio de Janeiro, Lisboa has lived in France, Japan and, now, the United States. In 2007, Hay Festival/Bogota World Book Capital selected her as one of the 39 most important Latin American writers under the age of 39. A devout vegan and animal rights advocate, Lisboa previously worked as a Jazz singer and music teacher. Her novels include Crow Blue and Symphony in White — both stories of young women trying to navigate the struggles of life and ultimately find a sense of belonging.