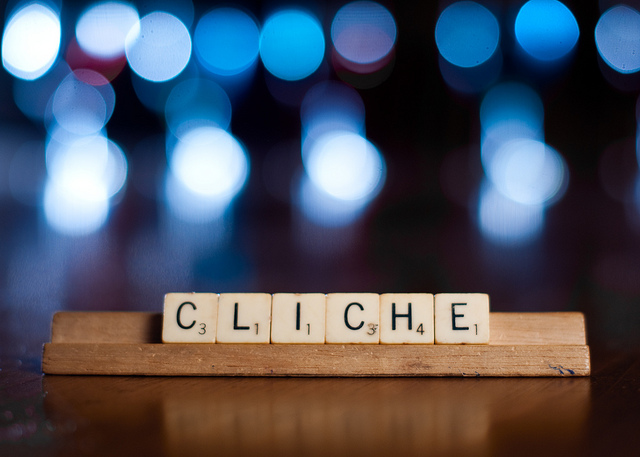 The cliché plot, storyline, or a storytelling technique is the writer’s worst enemy. When you’re writing a story, you’re constantly battling a war with writing something that’s considered a cliché. Some storylines and plots, as well as storytelling techniques have been used in so many novels, by so many authors, that as soon as one pops up on the pages of your book, the reader will probably close it and throw it away. Today, all writers must be really careful when dealing with the kind of stories we’ve gathered below. As a writer, you must find a way to interpret them in such a way as to ensure that what you’re writing isn’t a story that’s become cliché.

The love triangle is one of the biggest clichés, and it occurs much often in romance novels, as well as in other genres that are sprinkled with romance, especially in Young Adult. However, this doesn’t mean that you can’t have a love triangle in your book – but if you do, you have to make it believable. Your protagonist will need to have a deep emotional connection with both love interests. It increases the tension, and it makes the love triangle believable and real. And, as a bonus, you will have your readers create teams for both love interests.

The mirror look often occurs in novels told from first person point of view. When you write in third person and the narrator is omnipresent, it’s relatively easy to describe what the protagonist looks like. This becomes a bit more difficult when you write in first person point of view. So many authors have their characters look in the mirror and comment on their appearance. This is not only unreal – as not many people look into the mirror and give comments on what they look like, like hair and eye color. However, you can include the mirror look into your first person narrated story – as long as your protagonist is looking for a specific change in their appearance, or comments on how some event has changed them.

A character or specifically, the protagonist of a story is called a Mary Sue, if they are too good. Everybody is good to them, everybody likes them, and every man they meet (for the Mary Sue character is usually a woman, although, there are of course, male equivalents) falls deeply in love with them, even if they have nothing in common, and no chemistry. This kind of character is an unforgivable cliché that simply cannot be turned upside down, or used in a novel, because every protagonist needs to have a flaw, for that flaw makes them real, and easier to connect with.

4. The Happily Ever After

The Happily Ever After, or HEA, is also a cliché, and it will turn your novel into a fairy tale. While the plot of a novel requires the tying up of all loose ends and trails, and the HEA of the two main characters in a romance novel is a given, things cannot end perfectly, for example, in a thriller, or a horror novel. Some price, usually of the emotional kind that fall into the development of your characters, will have to be paid, and while you don’t need to kill beloved characters to achieve this, you still have to show that what happened to your characters has had an impact on their lives.

The random romance that happens in an adventure story, for example, that has very little emotional development, has also become a cliché. It is a cliché that you cannot turn upside down – for if you want to include romance in a novel of a different genre, you have to treat the romance as a secondary plot, tied with your main plot. And when you do this, the romance becomes an indelible part of your story, which means it’s been properly developed, and hasn’t happened randomly and out of the blue.

Image credit: Tom Newby on flickr and reproduced under Creative Commons 2.0[author] [author_image timthumb=’on’]https://writingtipsoasis.com/wp-content/uploads/2014/12/photo.jpg[/author_image] [author_info]Georgina Roy wants to live in a world filled with magic.
As an art student, she’s moonlighting as a writer and is content to fill notebooks and sketchbooks with magical creatures and amazing new worlds. When she is not at school, or scribbling away in a notebook, you can usually find her curled up, reading a good urban fantasy novel, or writing on her laptop, trying to create her own.
[/author_info] [/author]