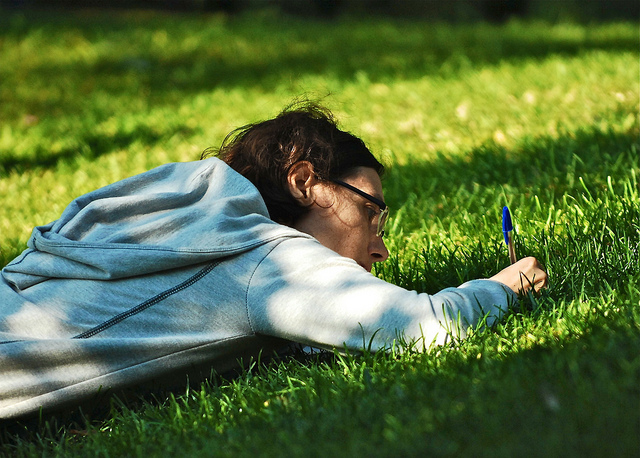 Many novice writers tend to pick fiction first when deciding on a genre thinking that it’s going to be a cakewalk, on the misconception that the only requirement is creativity and imagination. Don’t get us wrong – creativity and imagination are important (probably the most important) tools in your craft as a fiction writer, but if those are all you have, your stories are going to come out as inconsistent, barely-readable mess. If you want to succeed as a fiction writer, here are 5 fiction writing tips that you should keep in mind:

1. Know the Rules First Before You Break Them

Just because you have carte blanche to make stuff up doesn’t mean you can ignore basic grammar and spelling rules. Even if you are not planning on shifting into a career as a technical writer, you still need to learn how to observe proper grammar, spelling, and structure. Otherwise, the wildly creative and fantastic fictional world you have created will be wasted because readers will be too distracted by your mistakes.

2. Learn How to Pace Your Writing

Don’t fall into the trap of being too verbose to the point of being obtuse. Ensure that there is variety in your sentence length, as it will help in the pacing. It’s good to have a mix of short and long sentences, as it allows readers to pace themselves while reading instead of running out of steam during run-ons, or not being able to build up momentum when reading a stream of short sentences.

There is a tendency for many writers to be too wordy during narrative parts, which is a rookie mistake if looked into closely. The text of the narration should not be overly decorative since it is not the focus of the plot. Instead, the attention should be given to the events that are unfolding. It is best to streamline the sentences so that the focus will still be on the subject. For example, instead of “He realized he was lying,” you can use the more urgent and powerful “he was lying.” Brevity is key when it comes to narration.

4. It is better to Show Emotion than Tell It

One of the marks of an amateur fiction writer is when he prefers to tell what a character is feeling instead of providing exposition that will show the emotion. For instance, “He can tell just how angry she is,” reads rough when compared to “She looked at him with her eyebrows furrowed and her lips pursed.” Relying on characters outright telling their emotions instead of letting it show through your writing is bad, because it gives the readers the impression that you see them as incapable of reading between the lines.

This might come off as a generic tip, but you will be surprised to know how many writers need to remember it. After writing a draft that you feel is close to finished, let it “cool” down a little and then go over it again, catching mistakes or inconsistencies as you go along. It is not enough to just proofread one chapter as you finish, as plot holes could crop up later on or you might miss portions that were invalidated in your later chapters. Ideally, you should get it proofread by a third party, as they’re better suited to catching mistakes and providing objective feedback.

Image credit: Pedro Ribeiro Simões on flickr and reproduced under Creative Commons 2.0[author] [author_image timthumb=’on’]https://writingtipsoasis.com/wp-content/uploads/2014/01/hv1.jpg[/author_image] [author_info]Hiten Vyas is the Founder and Managing Editor of eBooks India. He is also a prolific eBook writer with over 25 titles to his name.[/author_info] [/author]