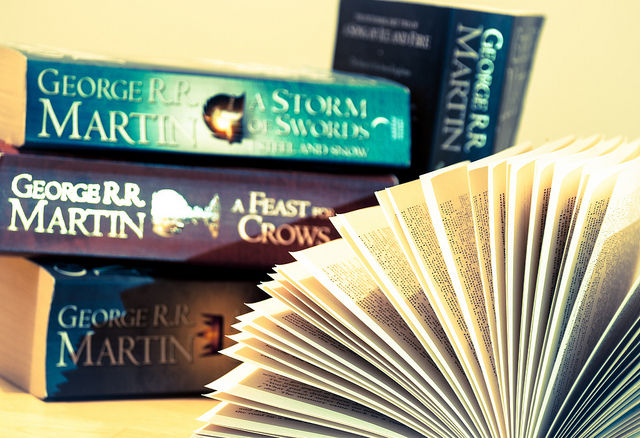 In essence, a book series represents a string of novels that revolve around one set of characters that dwell into one universe. The characters and the story world are connected by a series of events that, when strung together, all revolve around one plot. Writing a good series is a lot more difficult than it sounds – especially since you have to pay attention to every detail, setting, and character. But it is not impossible – book series have been cropping up more and more in the past decade, from the Young Adult genre, to Urban Fantasy and detective stories. There are a few key things to remember when embarking on the journey of writing a series, things which will help you ease the writing process.

Make sure that you write down every important detail about your story world and your characters. Sure, you will not forget that your protagonist is a blonde haired, blue-eyed twenty something female, but you want to avoid mixing up secondary and minor characters. The same is for the story world – houses, buildings, woods or jungles, the distances between them and how your characters travel. These details will help you set up your story, and will become a resource for future books.

2. Create the right kind of protagonist

When writing a book series, the protagonist’s character and his/her inner conflict can dictate the plot, and, the character might not be suitable to the plot. For example, detective stories usually revolve around a protagonist that: has the right background for the role he plays in the novel, is a character that undergoes minor changes connected to his/her inner conflict (which is a secondary plotline, while the main plotline revolves around the mystery the protagonist is trying to solve). On the other hand, romance stories revolve around two people overcoming personal conflicts while falling in love. That is why you have to make sure you create the right kind of protagonist for the story you are writing.

The books in your series will have to be able to be considered as standalone books. For example, in trilogies, the second book often suffers as a “filler book” between the set up (the first one) and the resolution (book number three). Avoid creating filler books that will not revolve around resolving a conflict, or a key plot point in your series. Additionally, many readers might start reading your series beginning from subsequent books. That means that the events in book one will become backstory for book two, three and so on. This doesn’t mean that you cannot create an overarching plotline, but that you should divide it into several key points that will get resolved at the end of each book. This should also allow you to avoid action stopping cliffhangers that often do more damage to the series. Instead of following the cause and effect logic of the events, it stops the action, and doesn’t help to add suspense and excitement for the next book.

Never change the rules in your world, and if your characters undergo a major emotional change, make sure you show the reader which events caused that major change. Being consistent when writing a series is very important. If your protagonist is almost unrecognizable by book number five, you will lose a lot of fans. While it is important not to create static characters, and to keep your story world refreshed and renewed with new settings and places, it is highly important to keep the characters’ growth natural, and the rules of your world consistent.

Deus-ex-machina is a term where a godly hand interferes and solves the character’s problems in a work of fiction. It is a solution that happens just because the author decided so. It’s very easy to fall into that trap, especially if you don’t manage to show to the reader that the solution the protagonist has come up with is logical and is a result of a series of cause and effect events that lead towards it. That is why planning the books ahead helps – because you can plant seeds in book one, which will sprout in book three (or later) and become the solution you need.

Image credit: Edward Langley on flickr and reproduced under Creative Commons 2.0[author] [author_image timthumb=’on’]https://writingtipsoasis.com/wp-content/uploads/2014/12/photo.jpg[/author_image] [author_info]Georgina Roy wants to live in a world filled with magic.
As a 22-year-old art student, she’s moonlighting as a writer and is content to fill notebooks and sketchbooks with magical creatures and amazing new worlds. When she is not at school, or scribbling away in a notebook, you can usually find her curled up, reading a good urban fantasy novel, or writing on her laptop, trying to create her own.
[/author_info] [/author]