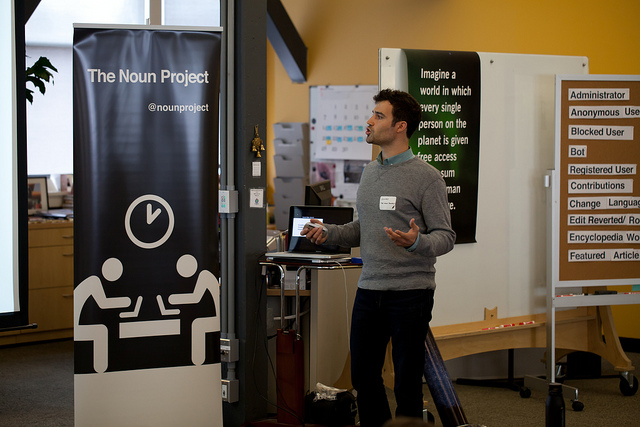 Nouns are a key element in every novel. Without them you don’t have a story. Nouns, by definition, are words that describe places, people, objects, feelings. They are also a powerful tool in a writer’s arsenal for creating stories that pull the reader in, take them on a ride and don’t let go. In general, nouns can be simple, like fruit, or more descriptive, like lemons. When you’re writing a novel, it is of utmost importance to use more descriptive nouns, for they create a more vivid image for the reader.

Pronouns are words that are used to replace other nouns, in order to avoid repeating the same noun. However, using them can be dangerous; especially if you are writing a scene with more than one character of the same sex. For example:

Mary met Sally outside the building. “You need to leave,” she told her. She nodded. ”I’ll book a flight tonight,” she said.

Here, it is not clear which one of them said what. They have blended together. However, if the scene was written like this:

Mary met Sally outside the building. “You need to leave,” Sally told her. She nodded. ”I’ll book a flight tonight,” she said.

This way, the reader knows that Sally spoke first, and that Mary replied afterwards.

If not used properly, pronouns can confuse the reader, and break the flow of the story. They are abstract by default, and the more you use them, the weaker your story becomes. It’s better to use the same noun more than once than confuse the reader with excessive use of pronouns.

Abstract nouns, by definition, describe things we cannot perceive with our senses. They are intangible and impossible to visualize. They are used to identify concepts, experiences, qualities, and feeling. Many of them end with a suffix like –ism, or –ship and their excessive use while writing a novel can break the flow of the story, especially if you’re using an unusual word. No reader sits with a dictionary at hand when they read a novel, ready to learn new words! Most often, you can replace the abstract noun with a strong verb. This way, you will show action into the scene, which will move the story forward and create a stronger image for the reader.

Concrete nouns are the complete opposite of abstract nouns. They are used to describe things that we can perceive with our senses; things we see, hear, and touch. Unlike the abstract nouns, concrete nouns are tangible. Using concrete nouns in your novel brings the reader closer to the world you’ve created, until they feel like they’re living in it. Also, it’s better to use descriptive concrete nouns rather than simple ones, because they allow you to create a more vivid image while using less adverbs and adjectives, whose excessive usage breaks the story flow and bores the reader.

A gerund is a noun that comes from a verb. Technically, you take the verb and add the suffix –ing to it. It sounds simple in theory; however, the proper use of these nouns in writing can become a dangerous territory, especially if English is not your native tongue. You should first learn the proper and grammatical use of the gerund nouns, before you implement them in your writing. I know it might seem like a lot of work, but gerunds offer a different way of showing action in your novel, and this will take your writing to the next level.

Names of people, places, countries, cities are proper nouns. They are highly useful in bringing life to the story, whether by naming the country where the action takes place, or the protagonist’s best friend. Proper nouns bring characters and places to life, and immerse the reader further into the story. With them, you can create a world that is detailed and structured, with vivid characters that seem to really live a life within its depths.

Image credit: Matthew Roth on flickr and reproduced under Creative Commons 2.0[author] [author_image timthumb=’on’]https://writingtipsoasis.com/wp-content/uploads/2014/12/photo.jpg[/author_image] [author_info]Georgina Roy wants to live in a world filled with magic.
As a 22-year-old art student, she’s moonlighting as a writer and is content to fill notebooks and sketchbooks with magical creatures and amazing new worlds. When she is not at school, or scribbling away in a notebook, you can usually find her curled up, reading a good urban fantasy novel, or writing on her laptop, trying to create her own.
[/author_info] [/author]