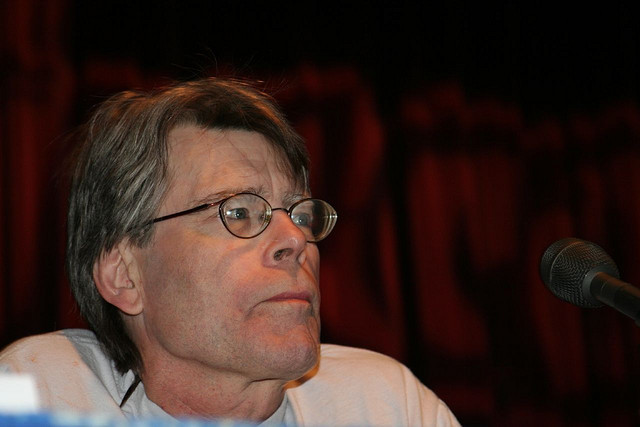 Stephen King is famous for being one of the most successful and prolific authors from the contemporary horror and fantasy genre, with a tenure that spans several decades and numerous books that have been adapted in various mediums, such as TV, film, and even video games.

However, back in 2002, King temporarily stopped writing horror novels in order to write and publish the book On Writing: A Memoir of the Craft, which contains his beliefs on what it takes to become a good writer, framed by anecdotes and musings on his experiences as a novelist. The book contains a lot of lessons that can be useful to writers regardless of preferred genres. Here are 5 of them:

“Amateurs sit and wait for inspiration, the rest of us just get up and go to work.”

Stephen King noted in the book that once you set your sights on being a professional writer, you can no longer use lack of inspiration just to procrastinate. If you are writing for a living, there is a responsibility to churn out work instead of sitting around and moping while waiting for the proverbial muse to appear. The trick is to just go ahead and write without expecting your output to be instantly perfect. Even if it’s sub-par, you can go back and polish it later. The important part is you need to be productive.

The last part is the most important one: you can learn only by doing. If you want to build your skill as a wordsmith, you have to read and write a lot. Consume as much reading material as you can, as it’s a way of learning by way of example. You can learn a lot from merely studying how other people do it, and you can put it into practice only through the act of writing itself.

“The most important things to remember about back story are that (a) everyone has a history and (b) most of it isn’t very interesting.”

King points out that it is important to flesh out your characters and to think of their backstory – you can’t just insert a random character out of the blue, you have to write him or her into the story first. However, you also need to be selective about it. Readers are only interested in the parts of a backstory that is relevant to the main story. The rest is considered unnecessary and uninteresting.

“Bad writing is more than a matter of shit syntax and faulty observation; bad writing usually arises from a stubborn refusal to tell stories about what people actually do― to face the fact, let us say, that murderers sometimes help old ladies cross the street.”

This lesson encapsulates two things that every writer must know or at least learn: there is a need to build a story that is logical and consistent with the world you have built or at least reflect the real world. The other is that you need to create 3-dimensional characters. Believable characters aren’t completely black or white. Antagonists don’t always need to be moustache-twirling despots who do evil just for the sake of being evil.

This is the perfect lesson to cap everything off, because it can be taken literally – that you should write in isolation and rewrite while allowing distractions. It can also be interpreted to mean that when writing, you only need to worry about your thoughts and ideas, but once the time for polishing and rewriting comes, you have to consider feedback from other parties and outside influences.

Image credit: pinguino k on flickr and reproduced under Creative Commons 2.0[author] [author_image timthumb=’on’]https://writingtipsoasis.com/wp-content/uploads/2014/01/hv1.jpg[/author_image] [author_info]Hiten Vyas is the Founder and Managing Editor of eBooks India. He is also a prolific eBook writer with over 25 titles to his name.[/author_info] [/author]