Oh, but 2016 is an exciting year for books getting the film treatment! We’ve already seen The Fifth Wave by Rick Yancey, How To Be Single by Liz Tuccillo and The Choice by Nicholas Sparks, and there’s still so much more to come. Here are 6 books, which are definitely worth reading before they hit the big screen later this year.

We knew the story of the little orphan boy raised by a pack of wolves in the jungle (thanks to Disney), but we hadn’t ever read the tale in Kipling’s own words until recently. It’s worth it, especially as The Jungle Book is one of Disney’s widely anticipated CGI releases this year.

This beautiful Jojo Moyes novel destroyed us emotionally, and the movie trailer destroyed us all over again, but we’ll still be first in line for tickets on June 3. Louisa is an ordinary girl who loses her job in a tea shop, and so she gets a temporary position assisting Will, a quadriplegic.

One moonlit night, little Sophie is snatched from her bed at the cantankerous Mrs. Clonkers’ orphanage by a friendly giant who whisks her away on an adventure that only Roald Dahl could have conjured. We love this book so much, we might have cried when we saw the trailer. 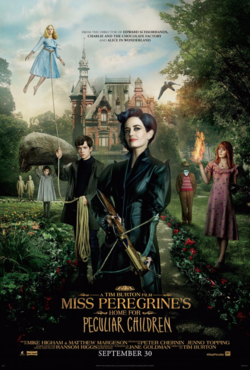 Exactly what it says on the tin, Miss Peregrine's Home for Peculiar Children has sold millions of copies, been translated into 40 languages, and has spent more than two years on the New York Times bestseller list. If this doesn’t sell you, the trailer probably will. A delight for the whole family.

A psychological thriller that was the talk of 2015, The Girl on the Train is the story of Rachel Watson's life post-divorce. The movie stars Emily Blunt and is already being compared to the likes of Gone Girl.

6. Fantastic Beasts and Where to Find Them by J.K. Rowling – Nov 18

One of Harry Potter’s featured textbooks at Hogwarts, Fantastic Beasts and Where to Find Them is about the magical creatures in the Wizarding World. The movie, which is written by J.K. Rowling, is about the adventures of writer Newt Scamander in New York’s secret community of witches and wizards 70 years before Harry Potter reads his book in school.

Which book to film adaptation are you most excited about this year?