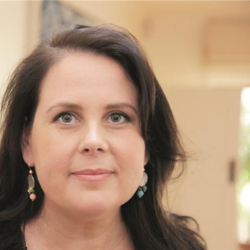 For centuries, many women have been told to be quiet, to serve their men, have children, and to avoid speaking about things that only concern males. They have been told their stories don’t matter to history, nor do they matter to the future of whatever country they reside in, let alone the world.

Too often women are derided and threatened on social media, harassed on the street and ignored in the boardroom, that’s if they make it that far in business.

Women are asked how they juggle their children and their careers; yet men rarely are posed the same conundrum. Women are still paid less than men for doing the same job, and in many countries, women can’t drive or vote.

So why do I write women’s fiction?

Because the stories of brave, bright women need to be told in whatever form they take and in my case, I write their stories.

The women’s fiction that I read as a teenager and as an adult has guided me more than any male influence in my life. Judith Krantz and her female characters who not only worked but loved their jobs, the ambition and power of Jackie Collin’s heroines, the humanness of Jilly Cooper’s females and their ability to tame wild animals and seemingly impossible men, have all stayed with me as an adult.

The list of my favourite women’s fiction authors is long and illustrious. Each era brings a new style of writing and a new subgenre, and each one influences a female somewhere.

We read about girls who overcame the odds, women who survived and found justice, and women who matter.

When I write my characters, many of them are based on real people we read about in magazine, some are modeled on people I know or traits that they I see in myself. What they all have in common are that they are human. They cope with infertility, addiction, bad taste in lovers and even violence.

Which one of your girlfriends haven’t had one of these or more issues in their own lives? Perhaps you have been touched by one or more of the above problems. It is so important to be able to speak up and tell stories about how you coped with a situation. To be able read a book that resonates within you, and how a fictional female character can change her life is why we need women-centric fiction.

I read the stories because they remind me of every women I know, and I write them because women are just so interesting, and I think we have been silenced for long enough.

women’s fiction records women’s stories. From Jane Austen to Sophie Kinsella, these stories are a snapshot of a life from a different time but the themes of love and learning independence are universal.

And in the end, who doesn’t love a snappy one liner, a great life and / or wardrobe makeover and a happy ending?

Picture Perfect by Kate Forster is out now.