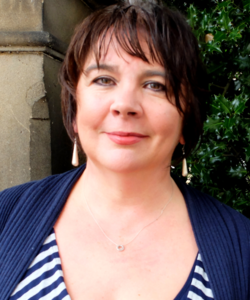 1. When it comes to the first draft, be bold and rapid. Don’t overthink it. Keep going, and only read back when you’ve written THE END. If you write too slowly, and begin to rework your first pages, overly-elaborate language and plot will begin to creep in and things will begin to feel stilted. Keep a first draft immediate and vivid. You can go back and add and refine later. Some of the stuff that seemed whimsical as you were writing it will turn out to be the heart of the book.

2. Don’t worry about going off at tangents. Don’t stop to wonder if they’re relevant to the story. Not yet. Keep going. There will always be unproductive dead ends. Some will be cut in the next draft, but others will lead to fresh ideas. And on that subject…

3. Don’t have too fixed an idea of where you’re going, when you start. A rough idea of storyline is all that’s needed. Plot will appear out of character, and as your brain gets to work on the problem of how to develop the story. You’ll start to describe someone, or something that happened to them, and you’ll realise something new is being woven in that improves the texture of the novel. Let the subconscious do its job.

4. Alternate between writing on paper and on screen, print paper drafts and read them aloud to yourself. The spoken words will quickly reveal any deficiencies in story, characterisation and prose rhythm.

5. Don’t let anybody read the book until it’s submitted to be sold. Editors, publishers and agents are usually helpful second pairs of eyes. Spouses, relatives and friends are often not. Friendships can be ruined in the aftermath of too early a read. Good editors, publishers and agents understand how to phrase and frame a criticism. Friends have a tendency either to wade straight in with their preferences, or to refuse to comment, and a potentially judgmental silence can niggle at a writer’s brain. Don’t show it to anyone until you’re happy that it’s as good as it can be, and even then, show it to professionals first.

The Enlightenment of Nina Findlay by Andrea Gillies is out on May 5.