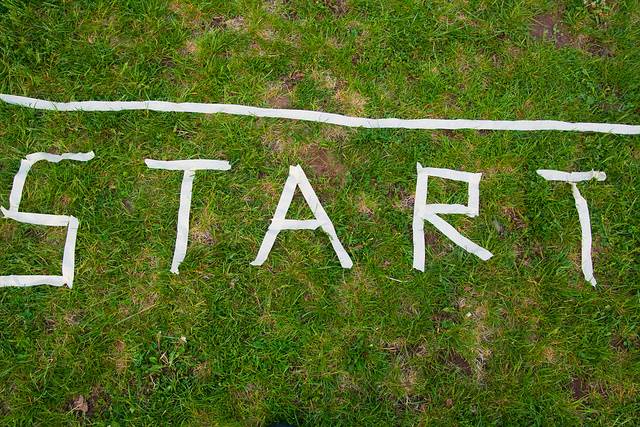 Nobody ever said writing a story is easy work. However, for seasoned writers, the process itself is smooth once they get a story going. It’s common for authors to say that stories have a tendency to write themselves. The real difficulty for these people is structuring the beginning. They could spend days, even weeks and months, staring at a blank document, not knowing how to start. If you want to avoid this predicament, here are 5 ways to structure the beginning of your story:

1. Start with a dialogue

If you feel confident enough that you can insert backstories later in the book, you can start your story with a dialogue. It is an effective way of building intrigue or piquing your reader’s curiosity: here we have two or more people talking, why should you, the reader, care? When done right, you could save a lot of time thinking of a proper setup, because you can start in the middle of an event if you use this approach.

Instead of providing backstories immediately, you can add more depth to the beginning of your story by deepening descriptions and expounding more on detail. This helps flesh out the world you are creating without forcing the readers into unnecessary backtracking. For instance, instead of just saying that a character is wearing a red shirt, you can add more sensory details such as describing the shirt as creased, and smelling slightly musky.

You can save yourself a lot of time trying to craft an interesting backstory for a secondary character simply by making him or her interact with your protagonist early in your story. Think of something meaningful that the character can do or say that will have an impact later on. Then make sure you feature at least one such important moment between the protagonist and any secondary character you want to flesh out in the beginning of your story. When you reintroduce the character later on, he or she will automatically have a much bigger effect on the reader, even if the character doesn’t have any backstory yet.

4. Make sure you have a point of no return for the protagonist before the middle

Last, but not the least, you can add a lot of texture to your story if you start dropping hints to later events in the book as early as the beginning of your story. You could write a paragraph’s worth of set up describing a room including several of its contents, one of which may be the very thing that will stop the antagonist in the end. The best uses of foreshadowing will add a lot of depth to the narrative and will encourage multiple reads.

Image credit: Steven Depolo on flickr and reproduced under Creative Commons 2.0[author] [author_image timthumb=’on’]https://writingtipsoasis.com/wp-content/uploads/2014/01/hv1.jpg[/author_image] [author_info]Hiten Vyas is the Founder and Managing Editor of eBooks India. He is also a prolific eBook writer with over 25 titles to his name.[/author_info] [/author]