The longlist for the Baileys Women’s Prize for Fiction – one of the most prestigious and high-profile awards for women – was announced last month, with a healthy sprinkling of relatively unknown authors amongst the household names.

As the judges skillfully whittle the list of 20 down to six ahead of the winner’s announcement of June 4, members of Team Novelicious have been presenting a good case for their favourites with some lively and passionate discussion. Here, Amanda, Kate and Susan share which book they think should win. Do you agree? 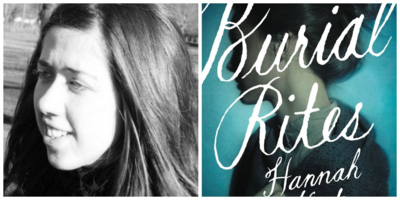 Agnes is a murderess, accused of murdering her lover along with one other man and woman. Found guilty, her execution looms. However, before that day arrives, she is to be moved to a farm to live out the rest of her life paying her dues with the family there and making her peace with God. All is not as it seems, though, and Agnes doesn't have long left to tell her story. She can only hope someone will actually want to hear it.

Burial Rites is an enthralling novel about a woman who has been rejected by everyone she has ever cared for and it somehow manages to find the heart in a story of murder and neglect. The setting is breathtaking and so much care and attention has been paid to the intricate detail of the story, that it transports you to that cold, damp setting as soon as you start reading.

One of the most surprising things about this novel is that the author, Hannah Kent, is still in her twenties! There is such an incredible maturity to her writing that I had imagined her far older! Overall, Burial Rites is fascinating, complex, intoxicating and beautifully written. The only thing not surprising about the novel is that it has been longlisted for the prize! Well deserved!

Kate Appleton Picks All the Birds, Singing by Evie Wyld 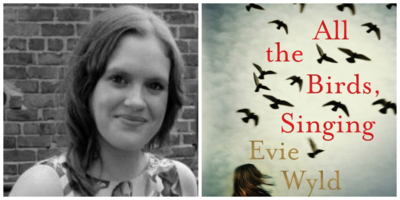 Baileys Women’s Prize for Fiction heavyweight contender in my eyes is All the Birds, Singing by Evie Wyld. Running a small independent bookshop in Peckham and author of the award-winning After the Fire, A Still Small Voice, Evie Wyld is back with All the Birds, Singing, a beautifully dark and original piece of women’s fiction

Jake Whyte is the lone resident of an old farmhouse. It’s just her, Dog, and a flock of sheep. But not all is calm… something is coming for the sheep. It could be anything. There are foxes in the woods, a strange boy and a strange man, and rumours of a beast. Plus there is Jake’s unknown past, which is causing her unease in the present – a story hidden in Australia, a story held in the scars that stripe her back.

My favourite aspect of this book was the structure. The starting chapters follow a chronological sequence before seamlessly shifting into a fractured series of snapshots of, our main character, Jake’s life. It is through this style of writing that Wyld has created a beautiful narrative, revealing the character to us and developing our relationship with her. This method also enables Wyld to conceal the entire truth of Jake’s life until the bitter end and a shocking denouement.

This novel will frustrate some and fascinate other readers. The story is fractured, but the simple narrative makes it easy to follow and sew up the story in your mind. It is a dark and emotional story of one person’s life and how childhood events can shape the rest of your life. Heart-wrenching and beautiful, this is a definite Bailey’s Women’s Fiction winner in my eyes. 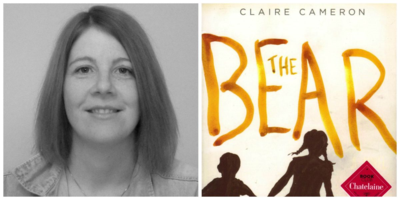 As soon as I heard about this book I was dying to read it. The synopsis gripped me straight away. While camping with her family on a remote island, five year old Anna is awoken by her mother’s screams. Her father gets her and her little brother to safety, so when morning arrives, she is oblivious to all that has gone on the night before and is unclear to why her mother is covered in blood and her father is gone.

The reader knows that a bear has attacked and killed both of Anna’s parents, but the little five year old is none the wiser. However she does realize something is not right and takes charge of her annoying little brother, Stick.

The narrative throughout is from Anna, which I found really realistic and, as I have a five year old myself, I would hope that he would cope as well as she did in this horrifying situation. The story is very sweetly told as the siblings stumble through the woods together and it kept me guessing as to whether they would make it out alive. The Bear is an intense read – you are left worrying for the children as if they were your own – and would certainly put you off camping ever again!

How many books on the Baileys Prize longlist have you read? Which do you think should win? We’d love to read your recommendations in the comments.