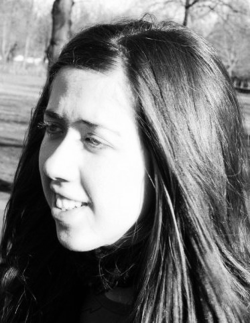 All this week we'll be taking you behind the scenes at Novelicious with guest posts from Team Novelicious. Now, we hear from our discerning contributor and roving reporter Amanda Keats.

It was the lovely Hannah Ferguson, fearless literary agent, who first showed me the Novelicious way. I was interning at the Marsh Agency and getting experience working in editorial. She told me about the site, that they were looking for fresh blood, and that I should apply.

I sent over a few links from my own blog reviews and Kirsty got in touch to say she wanted me with her on the team. I was sent lots of lovely new books to read and started reviewing them as fast as I could. Somehow, after giving a few books less than respectable marks under 5/10, I developed a reputation of being very hard to please. There was a bad run as I recall when I was actually quite scared they would never improve! Since then, however, many have managed 8/10 or 9/10 and I’ve even given a few highly coveted 10/10s!

Occasionally, I’m called on to put my interviewer hat on. Over the years, I’ve asked questions via email and over the phone. It’s been incredible and I’ve had the pleasure of chatting with Jodi Picoult, Jane Green and many more over the years. I had already met Jane Green at her book launch so when we spoke over the phone, while she sat in a hotel room, it felt like we were already old friends. We laughed, we chatted and the time flew by.

By sharp contrast, one of the worst interviews I’ve conducted was probably Jodi Picoult – and that had nothing to do with Jodi herself who was refreshingly honest and really interesting. On this occasion, technology failed me and in trying to get the conversation recorded over the phone, I somehow managed to hang up on her! That, after finding a room at my day job I could hide away in in order to conduct the interview. There are a lot of four-letter words in the bonus recording I did on my dictaphone. You never can be too careful! 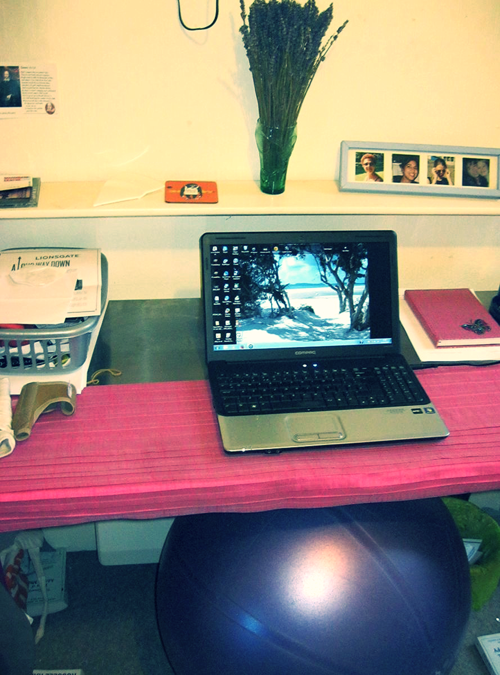 I’ve gone on to write my adaptations features and Novelicious Natters discussion posts, as well as being sent to lots of really fun events – most recently the Bailey’s Women’s Prize for Fiction awards! Really, I just feel so fortunate that Novelicious indulges me in whatever I feel the urge to write about.

It’s been such fun over the last few years to watch the site go from strength to strength, with the new imprint and Kirsty’s success as a novelist bringing even more book-lovers to the fold. Novelicious really is on target for world domination and I love that I get to be part of that!

I’d tell you more about what goes on behind the scenes but a lot of it really is TOP SECRET so I might just have to kill you, Agatha Christie style.

I absolutely adore my writing space – though it often looks as if it's drowning in paper. One of the major things I wanted when I moved in to my new flat with my sister last year was a desk. It's been years since I've had one to write on. Fortunately, with very little money to spend on furniture, I managed to find this awesome table for free – and my stepdad was nice enough to go and collect it for me! The pink cover was a flat-warming present for us from one of my mum's friends. I nicked it for myself and it's fortunate really because the table itself is really cold! I don't have a seat as such – I sit on my pilates ball. It's done wonders for my posture and stops me crossing my legs! (You try sitting on a pilates ball with your legs crossed and see how easy it is!).