Little, Brown Editor-in-Chief Antonia Hodgson has worked in publishing for 19 years. Here, Antonia talks about career highlights and day-to-day tasks of her editorial role as well as her first experience of crossing over to the Other Side as an author, as she prepares to launch her debut novel, The Devil in the Marshalsea. 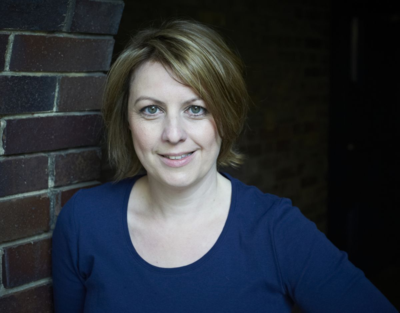 I’ve worked in publishing for 19 years – pretty much half my life. One of the things I love about my current role is the variety of books I’m able to commission. This is unusual – most people specialise in a particular genre, or at least work in either literary or commercial fields. At the same time, I only have a small list, which means I can dedicate a lot of time to each book. So I’m omnivorous but choosy, like a fussy hedgehog, which would be a great name for a publishing house.

I’m not suggesting this is the best way to work – it just happens to suit me. If I love something I will work like a demon. If not, I’ll just curl up in a prickly ball and sleep for the winter. (I may have stretched the ‘fussy hedgehog’ metaphor as far as it can go now.)

Over the last ten years or so I’ve published novels about an escaped convict on the run in Bombay, a Byzantine slave who becomes Empress of Rome, a group of English mothers feuding at the school gates, Vlad the impaler and an irate werewolf… (not all in the same novel, although I would definitely read that book). I’ve published non-fiction titles about Asian tigers, Afghan booksellers, Irish matchmakers and British serial killers.

I’ve worked with a lot of actors, comedians and musicians, too – Rupert Everett, Ewan McGregor, Jenny Eclair, Ben Miller, Sharon Osbourne. As a music fan, I do have to pinch myself sometimes. I remember sitting in the self-service breakfast bar of a cheap Hammersmith hotel with Nile Rodgers, chatting about Madonna, and New York in the 70s, and how he came up with the idea of I’m Coming Out for Diana Ross, and thinking, ‘Well, I’m probably having more fun at this precise moment than anyone else in the world’. But then, I find all my authors fascinating. All those different personalities and perspectives.

Working closely with my authors is a definite highlight of my job, but I spend the majority of my day in the office, making sure their books are given the best possible launch. As an editor you have to love every aspect of publication – not just the glamorous bits, but every little detail. (You know, even that deeply vulgar bit about being profitable.) It’s an editor’s responsibility to ensure that nothing is left to chance. If you don’t care deeply about a project, what’s the point? Authors have often spent years writing their book. It means the world to them. So it means the world to me, too.

A few people have asked whether it’s different for me because of my background in publishing, but not at all. The whole point of being an editor is that you are an objective but supportive reader and a champion of your authors’ books. Whereas as a writer, I was experiencing the publishing process in an entirely different, visceral way.

Some writers can be objective too, I know. Not me. When I tried to imagine a cover, or a shout line, or a piece of copy for The Devil in the Marshalsea, I honestly couldn’t do it. It all meant so much to me that I couldn’t focus, or move beyond my own very personal take. I’ve written cover copy for hundreds of books over the years. (Before I commissioned my own books, I would often write copy for other editors.) I tried to write some for The Devil in the Marshalsea. It was horrible.

One of the great joys of writing is that you can immerse yourself in another world – in my case, London in the 1720s. It’s wild, dangerous and a bit stinky, but it’s home. The London publishing world of the 2010s is quite fragrant by comparison, but the gin consumption is roughly the same. I’m very happy to live in both of them.