We’re pretty big fans of April – delicate bluebells and cheerful daffodils peeking out to see the sun, bounding spring lambs and chocolate eggs galore at Easter. What’s not to love? April is also an excellent month for books. Here are ten we’re especially excited about curling up with. 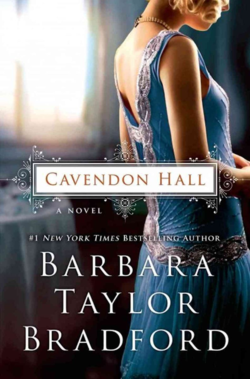 Yes, it’s technically a late March book, but you know how behind you can get when your ‘to be read’ pile is well-stocked. A modern re-imagining of the Jane Austen classic by bestselling crime author Val McDermid, Northanger Abbey focusses on avid bookworm and Twilight fan Cat who, in all of her 17 years, has never left her small Dorset village. It’s a constant source of disappointment to Cat that her life does not more closely resemble her books (sound familiar?) and she yearns for the romance and excitement of her fantasy novels. Little does she known that, with an invite to the Edinburgh Festival from her wealthy neighbours, her own adventure is about to begin. We’re intrigued.

A glorious, sweeping family saga full of loyalty, passion, secrets and intrigue from bestselling author Barbara Taylor Bradford is just what we needed to quell our Downton Abbey withdrawal. Fortunately, Cavendon Hall is out tomorrow. Opening on the eve of the First World War, this gorgeous new novel is set around a stately home, Cavendon Hall, its owners – the aristocratic Ingham family – and the Swann family who serve them.

A classic mystery, which centres around the disappearance of a man and how his absence haunts the lives of the five women he leaves behind – his wife, three young daughters and mistress. After I’m Gone was actually suggested to Laura by her husband, David Simon (creator of The Wire) because he was curious about the real-life story of Julius Salsbury, a Baltimore number runner who disappeared in the early ‘70s. A perfect, engrossing read for the longer evenings ahead.

A Place to Call Home by Carole Matthews (April 10)

We’re especially excited about the new paperback from Novelicious favourite and Top Ten Sunday Times bestseller Carole Matthews. In the dead of night, Ayesha takes her daughter, Sabina, and slips quietly from her home, leaving behind a life full of pain. Boarding a coach to London, all Ayesha wants is a fresh start. Hayden, a former popstar, has kept himself hidden away for years. What follows promises to be a warm and uplifting read about new beginnings. finding love and discovering a place to call home. Delicious. 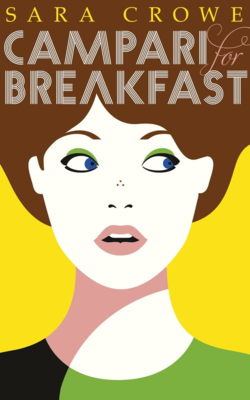 Life is full of terrible things. Ghosts of dead relatives, heartbreak … burnt toast. In 1987, Sue Bowl’s world changes for ever. Her mother dies, leaving her feeling like she’s lost a vital part of herself. Sue’s mother always told her to make the most of what she’s got – and what she’s got is a love of writing and some interesting relatives. So, she moves to her Aunt Coral’s crumbling ancestral home, Green Place, along with a growing bunch of oddballs. Not to mention the occasional badger or two. Campari for Breakfast sounds like a fun and eccentric read from a new voice in women’s fiction.

There has been so much buzz surrounding this book, it has been a near impossible wait, but publication month for The Accident by C. L. Taylor is finally here. Fast-paced and suspenseful, this gripping psychological thriller is said to be perfect for fans of Before I Go to Sleep and Gone Girl. Sue Jackson has the perfect family, but when her teenage daughter Charlotte deliberately steps in front of a bus and ends up in a coma, she is forced to face a very dark reality. Retracing her daughter’s steps she finds a horrifying entry in Charlotte’s diary and heads deep into the teenager’s private world. Hurry up April 10. Hurry. Up.

When the residents of the Cornish seaside town of Trevay discover that their much-loved theatre is about to be taken over by coffee chain, Café au Lait, they are up in arms. It is up to Penny Leighton, hotshot producer and now happily married Cornish resident, to come up with a rescue plan. Armed with only her mobile phone and her contacts book, she starts to pull in some serious favours. A warm and witty novel from TV favourite Fern Britton.

Before You Die by Samantha Hayes (April 24)

From the editor who acquired S. J. Watson’s Before I Go To Sleep comes another psychological sleep-stealer Before You Die by Samantha Hayes. Five years previously, nineteen-year-old Simon Hawkeswell hung himself at his family home. He had had the perfect life, and seemed to have the perfect future ahead of him. As the years pass, the reasons behind his death remain a mystery. Present day, and Simon’s parents and his local community remain haunted by his death and by the spate of ‘sympathetic’ suicides among teenagers in the area that followed. But this is all over now – or is it: a question that becomes particularly relevant when a young homeless man is killed in a freak motorbike accident, and the authorities find a suicide note in his belongings. 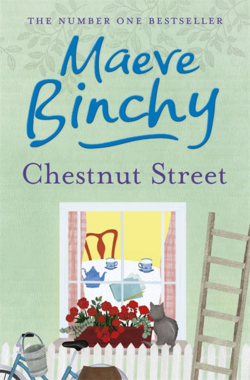 Beloved author Maeve Binchy, who sadly passed away in 2012, imagined a street in Dublin with many characters coming and going, and every once in a while she would write about one of these people. She would then put it in a drawer; “for the future,” she would say. The future is now. We’re told Chestnut Street has been written with the humor and understanding that are the earmarks of Maeve Binchy’s extraordinary work and, once again, she is set to warm our hearts with her beautiful storytelling.

Who is Tom Ditto? by Danny Wallace (April 24)

We join the action just as our hero Tom, (early thirties, reads the news on the radio) finds out that his girlfriend has NOT left him.

Tom, I have not left you. But I am gone. Please carry on as normal. Love always, Hayley

Has Hayley gone or hasn't she? Is she coming back? If she has gone, but is coming back, when is she coming back? And what is he supposed to bloody do in the meantime? Who is Tom Ditto? sounds like a hilarious romp absolutely brimming with weird and wonderful characters.

That lot should keep us going until May. What books are you most excited about this month? Any on the list strike your fancy?