The sun may not have his hat on just yet, but he’s definitely pulling it out of winter storage. Yes, sunny season is on its way and May offers the perfect opportunity to stock up on books for your summer reading pleasure. There are some excellent books out this month, too; here are a few we’re especially excited about. 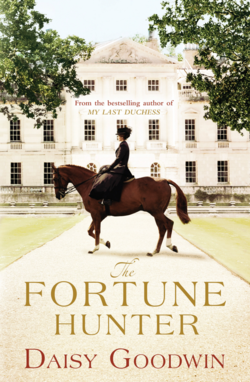 We loved Daisy Goodwin’s My Last Duchess (it helped us through Downton Abbey withdrawal) so we’re looking forward to The Fortune Hunter, which is waiting ever so patiently in the old TBR pile. Beautiful, athletic and intelligent, Sisi has everything – except happiness. Bored with the stuffy etiquette of the 1875 Hapsburg Court and her dutiful but unexciting husband, Franz Joseph, Sisi comes to England to hunt, where she meets Captain Bay Middleton, the only man in Europe who can outride her.

Fallout by Sadie Jones (May 1)

Intense friendships forged in rehearsal rooms above pubs, candlelit power cuts, smoky late-night parties and a thrilling new generation of young writers, directors and rising actors, this novel follows the lives of Luke, Paul and Leigh as they set up their own theatre company in London. When Nina, a fragile actress, strays towards their group, the fallout threatens to be immense.

Every Woman for Herself by Trisha Ashley (May 8)

Every Woman for Herself looks to be a pretty hilarious account of divorce and dating from Sunday Times bestseller Trisha Ashley. The book sees Charlie, broke and rapidly approaching her 40s, returning to her childhood home in the Yorkshire moors after her husband files for divorce. We love the sound of Charlie’s eccentric family and, with the promise of a handsome, bad-tempered hero, this is definitely at the top of our reading pile.

The One and Only by Emily Giffin (May 20)

It has been two years since Emily Giffin's last novel was released (we’ve been counting the days), but The One and Only is sure to fill the void this summer. In the author’s own words: “It’s a story about love and friendship set against the backdrop of Texas football – think Friday Night Lights meets When Harry Met Sally.” Take our money, Amazon. Just take it. 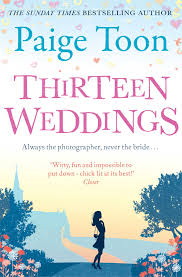 Thirteen Weddings by Paige Toon (May 22)

May also brings a new Paige Toon (has it really only been a year since The Longest Holiday was published – hasn’t it felt like an eternity?) under the title of Thirteen Weddings. Last year, Bronte left Sydney for a wedding in England, where she met newly single Alex. After a night of passion they parted ways, and Bronte returned to Australia. Now working on a picture desk for a magazine in London, Bronte is about to meet her new colleague, who turns out to be all too familiar. Although awkward at first, as Alex is now engaged to the girl he was on a break from when they met, they soon become friends. But as the two get closer, and the wedding day looms, it is clear that Alex and Bronte have unfinished business…

The Travelling Tea Shop by Belinda Jones (May 22)

Tea, cake, a tour of the USA’s East Coast on an old London bus? Even if we hadn’t been lusting after this novel’s cover for a few months now, the synopsis alone would have us banging down the doors of Waterstones. Laurie loves a challenge. Especially if it involves tea-time and travel. So when British baking treasure Pamela Lambert-Leigh needs a guide on a research trip for her new cookbook, she jumps at the chance. The brief: Laurie and Pamela – along with Pamela's sassy mother and stroppy daughter – will board a vintage London bus for a deliciously unusual tour of the USA's East Coast, cruising from New York to Vermont. Their mission: To trade recipes for home-grown classics like Victoria Sponge and Battenburg for American favourites like Red Velvet Cake and Whoopie Pie. Is it May yet? 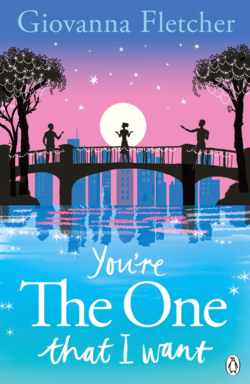 You're The One That I Want by Giovanna Fletcher (May 22)

Any month featuring a new release by Giovanna Fletcher is a good month indeed. We loved the wonderfully warm and romantic Billy & Me and can’t wait to get our hands on You’re the One That I Want. In it, Maddy, dressed in white, stands at the back of the church. At the end of the aisle is Rob – the man she's about to marry. Next to Rob is Ben – best man and the best friend any two people ever had. And that's the problem. Because if it wasn't Rob waiting for her at the altar, there's a strong chance it would be Ben…

The Summer Without You by Karen Swan (May 22)

With its luxurious Hamptons beach setting, The Summer Without You sounds like the perfect getaway read before we can take our own summer holidays. Rowena Tipton isn’t looking for a new life, just a new adventure, something to while away the months as her long-term boyfriend presses pause on their relationship before they become engaged. But when a chance encounter at a New York wedding leads to an audition for a coveted houseshare in The Hamptons – Manhattan’s elite beach scene – suddenly a new life is exactly what she’s got.

That lot should keep us going during the longer evenings ahead. What books are you most excited about this month? Any on the list strike your fancy?