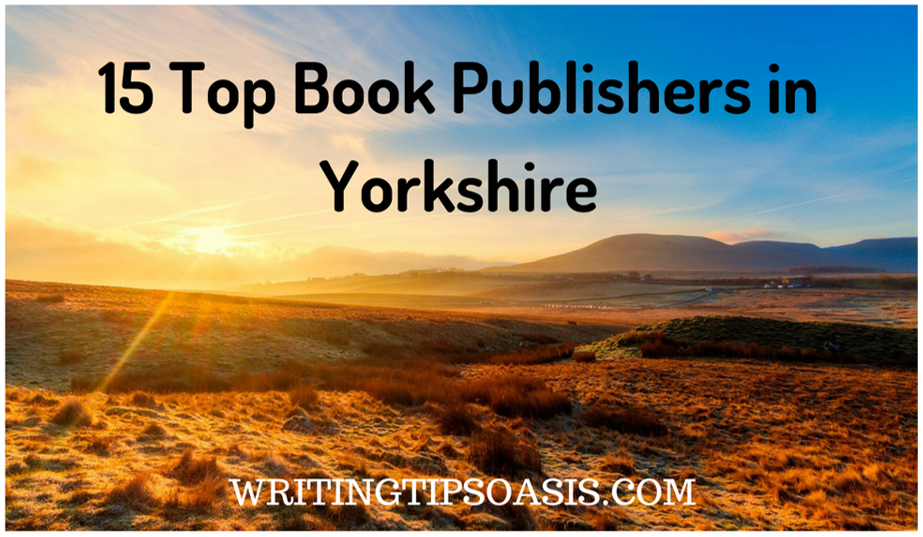 If you’re an author from the county of Yorkshire in Northern England looking for a publisher, you really don’t need to look far to find one.

It is perfectly possible you may find a publishing house just a few miles from where you’ve been busy working away at your book.

And that’s why we’ve created this post – to help in your search for the best publisher for you and your book.

Founded by Phil Caplan and Tony Hannan in 2008, Scratching Shed is situated in the North of Yorkshire, and comprises of a small team of authors, journalists and editors, including Mike Latham and Professor Tony Collins.

Although it began as a sports writing platform, Scratching Shed soon morphed into something more, and they now publish worldwide books that shed some light on the life in Yorkshire and the North of England. They are particularly interested in books that have something to do with the North of England, Yorkshire, Sports (Especially Rugby), biography, memoir etc. They have housed international titles: Off The Ropes, Candace Toft’s biography of American heavyweight boxer Ron Lyle, and G. Norman Davison’s Second World War memoir In The Prison of his Days.

You can submit to them by using their personal submissions form, and make sure to follow all their guidelines.

Based in Hebden Bridge, West Yorkshire, Bluemoose Books was started by a family of book-lovers and writers in 2006. Kevin and Hetha Duffy wanted to start an independent publishing house that won’t keep pumping out mainstream conventional stories, but bring out people’s transformative stories out into the world instead.

Bluemoose has gained quite a bit of credibility when some of their work gained attention, like Beastings by Benjamin Myers, which won them a PORTICO LITERATURE Award in 2015, so being published under their leadership will really mean you are in good hands.

They publish anything but children’s books, YA and poetry. They require you send them a synopsis and the first three chapters electronically to kevin@bluemoosebooks.com. They take twelve weeks to respond. 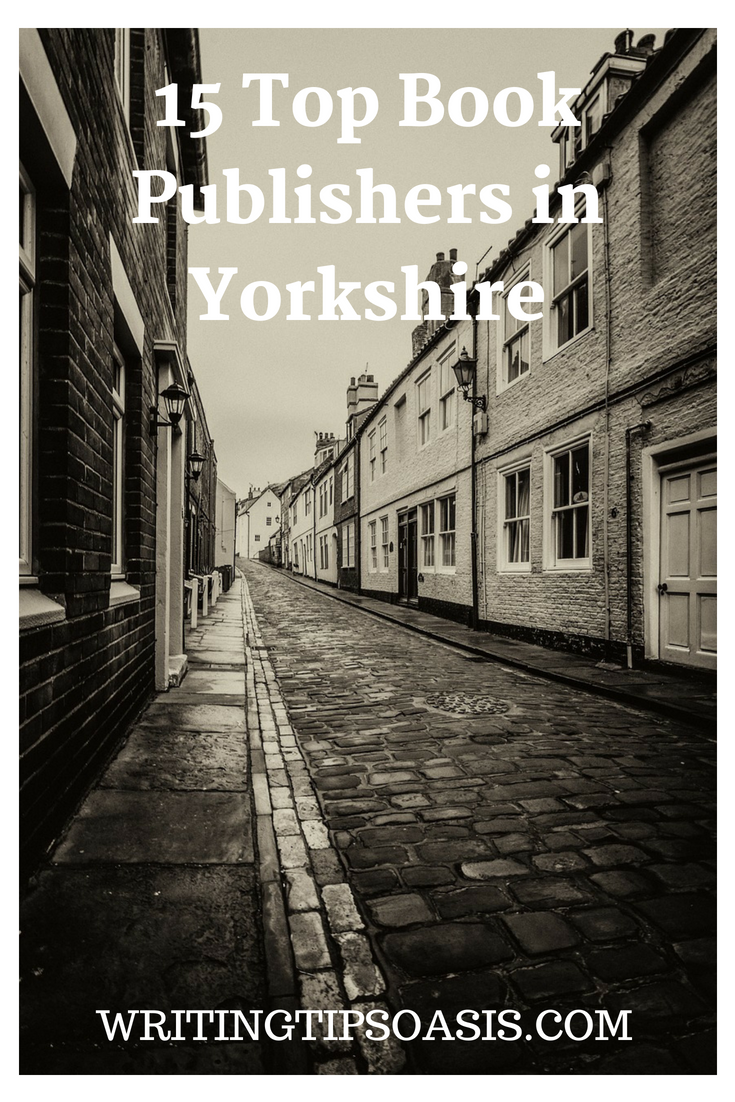 Situated in Ossett, West Yorkshire, Sharon House specializes in children’s books. Founded by its star writer, Anna McKann in November 2016, its first aim was to house her stories about children on the streets of Mexico. The first book they ever published was her story: Chavos The Kids Of Distrito Federal. To this day, Sharon House is dedicated to the single goal of telling children’s stories and helping children develop into healthy human beings. If this is the kind of thing you write – you can submit your manuscript here.  For children’s fiction they require a synopsis and the first three chapters. They are also interested in children’s poetry, short story, illustrated stories and books.

Based in Ruswarp, North Yorkshire, Blossom Spring Publishing houses a wide variety of stories. Even though some of their most notable work for are titles for children, like Captain Hawkes by Claire Voet, and A Jar Full of feathers by Susan Russell, they also consider women’s fiction, crime and psychological thrillers, paranormal, non-fiction (memoir, humor, health) etc. They don’t consider poetry and short stories, and will only accept works in English. For more on how to submit follow this link, and make sure to read all the instructions carefully.

With Mira Fadwa Fade as the founder, Mira Intelligent read has become one of the most important publishers of fiction and non-fiction in Leeds since its conception in 2011. They have come a long way since then, having collaborated with some of the major names like Djelloul Marbrook and Janis Hetherington – and they even published her book, Love Lies Bleeding; The Memoir of a Sexual revolutionary. This is exactly the kind of thing they are looking to publish: Fiction and non-fiction featuring modern-day subjects that push the boundaries of culture and literature.

They are very interested in that international appeal, and would very much like to hear from authors in non-English speaking countries. You can find out more about what they want and how to query them by following this link.

Another publishing effort based in Leeds, Peepal Tree Press aims to bring you international writing with a little flavor from the Caribbean. Its founder, Jeremy Poynting, wanted to create a place where Caribbean & Black British Writing would find a home, and so Peepal Tree Press was founded in 1985. They have a comprehensive list of contributors, from Chris Abani and his Feed Me The Sun – Collected Long Poems, to Kevyn Alan Arthur, Opal Palmer Adisa and others.

They are interested in what George lamming calls The Caribbean nation, as well as black British writing. They publish fiction, non-fiction and poetry, and you can send them your manuscript via submittable.

As a punk published based in Leeds, Armley Press aims to be not only an alternative but an antithesis to everything London publishers have to offer. It was founded in 2006 after one of the founders, Mick McCann, published his own book, Coming Out as a Bowie Fan in Leeds, Yorkshire, England, and like that Armley Press was born.

They refer to themselves as a punk publication, and feature adult material and strong language. As Mick McCann said, there really isn’t anything they won’t consider, but do familiarize yourself with their style of writing, and if you are convinced that your work could find a home there, head to their contact page and query them.

Located in Sheffield, And Other Stories believes that publishing is becoming a little bit too London-centric, and that that makes it difficult for the rest of the British population to both, relate and contribute to the literary efforts in Britain today. For this reason, Stefan Tobler decided to sit down with his fellow translators and writers in 2009, and discuss starting a collective that that would publish fresh and innovative fiction, and that’s how And Other Stories came to be. Today, they managed to fulfill that goal, and have housed many fresh and contemporary works of fiction, like Pure Hollywood, by Christine Schutt – a Pulitzer Prize finalist, Sweet Days of Discipline, by Fleur Jaeggy, and Worlds From the Word’s End by Joanna Walsh. They welcome unsolicited submissions from both authors and translators, and for more on what they are looking for in both visit their submissions page by following this link.

Well-situated in the North of Yorkshire, Scarborough, Valley Press was founded in 2008  by Jamie McGarry with the sole purpose of making publishing more inclusive. Today, many manuscripts have found their homes in this little independent publication in the North of Yorkshire, including some award-winning pieces of writing, like The Boy in the Mirror by Tom Preston and Remembering Oluwale by SJ Bradley.

They are very versatile in what they publish, that is to say – they’ll publish anything (as long as they like it). Fiction, non-fiction, prose, poetry, memoir, short story collection – whatever it is that you penned down feel free to query this publisher with it by following this link.  The catch is that you have to buy a book to submit…except you don’t really have to do that either if you’re not in the position to purchase it.

Located in Huddersfield, West Yorkshire, Fishcake was founded in 2012 by Martin Ramsay-Rothery in an attempt to help the authors who’ve written great books but found that the publishers aren’t exactly always looking for quality. They mostly deal with digital pusblishing, and can easily have your e-book all around the web. As their sole purpose is to introduce the new quality writers to the world, they have no restrictions to what they publish, so long as it has literary merit.  Some of the most notable works in their few prolific years include, but are not limited to: A Fistful of Marigolds by Joyce Worfold, Murgatroyd’s Christmas club by Stephen Bailey, and Letters to 2039 by Rosie Drifill. For more on what kind of thing they are looking for and how to submit, make sure to read their guidelines carefully.

Situated in Pool-in-Wharfedale, West Yorkshire, and directed by Rick Armstrong, Fisher King Publishing is an independent effort that brought you Too Young to Grow Old by Anne-Lise Miller – a book all about how submitting to aging doesn’t necessarily have to mean submitting to bad health, and The Coat  by Alan Reynolds. These two titles alone showcase their versatility – they publish all kinds of fiction and non-fiction, so long as you get what they want. You can familiarize yourself more with what they are looking for by following this link, and maybe find out if you are a good fit.

Route Publishing was founded by Ian Daley and Isabel Galán in 2009, and is situated in Sheffield. Titles in their arsenal include: Trouble In Mind – Clinton Heylin’s award winning account of Bob Dylan’s gospel years, and King of Clubs by Maureen Prest. They aren’t very elaborate on what exactly they publish, but you can get a pretty good sense of it by browsing what they have already published. You can also head to their submissions page and send them a query.

Based in Leyburn and founded in 1990 by R.B. Russell and Rosalie Parker, Tartarus Press is proud to be a prolific publisher of the literary side of supernatural, strange and horror fiction. Even though they have been small and indie ever since conception, Tartarus has managed to gain literary esteem by publishing award-winning titles, like The Loney by Andrew Michael Hurley, Supernatural Tales by H.G. Wells, The Lost Poetry by William Hope Hodgson etc. They have also been featured in The Guardian, being mentioned as one of the most diverse and innovative indie publishers of fiction today.

If what you write can be tagged with literary, weird, horror, supernatural and fiction, it would seem like you’re good to go – so long as they come in the form of a novel or a short story collection. If you still think you fit the criteria, head to their submissions page and follow all the instructions in your query.

Founded in Malton, North Yorkshire in 2007, this publisher specializes in books written by Christians for Christians. They have featured titles like Big Hearted by Chris Duffett, My Muslim Neighbour: Communicating well with your Muslim friend by Stafford Allen and When you are Dying: A personal exploration of life, suffering and belief by Philip Wetherell. If any of these titles sound familiar, and this is exactly the kind of thing you write – feel free to query them. They specialize in Christianity and theology, and will not accept fiction. If this is you – head to their submissions page for more info and a submissions form.

Founded and located in Barnsley, UK, as a brainchild of the Barnsley Chronicle, Pen and Sword Books is a specialist publisher. They have over 350 titles published every single year, and they have housed titles such as: That Hamilton Woman by Barry Gough, The Grand Fleet by D K Brown, Freeing the Baltic 1918 – 1920 by Geoffrey Bennett and many others. As you can see, they are thematically consistent: They are only interested in non-fiction history books, so if that’s not what you write Pen and Sword is probably not the right fit for you. But if you happen to have an interest in history and have a manuscript to prove it too – head to their submissions page and get to querying. They are looking for talented writers with simple, engaging and cohesive writing style that can make history immersive. They also expect all their contributors to be well-read on the subjects they write about, and have their sources checked.

Are you aware of any other Yorkshire book publishers? Please tell us about them in the comments box below.

Sara is a freelance writer with an aspiring author with years of experience under her belt and two or three words of wisdom to share. She blogs at https://sistermantis.wordpress.com/