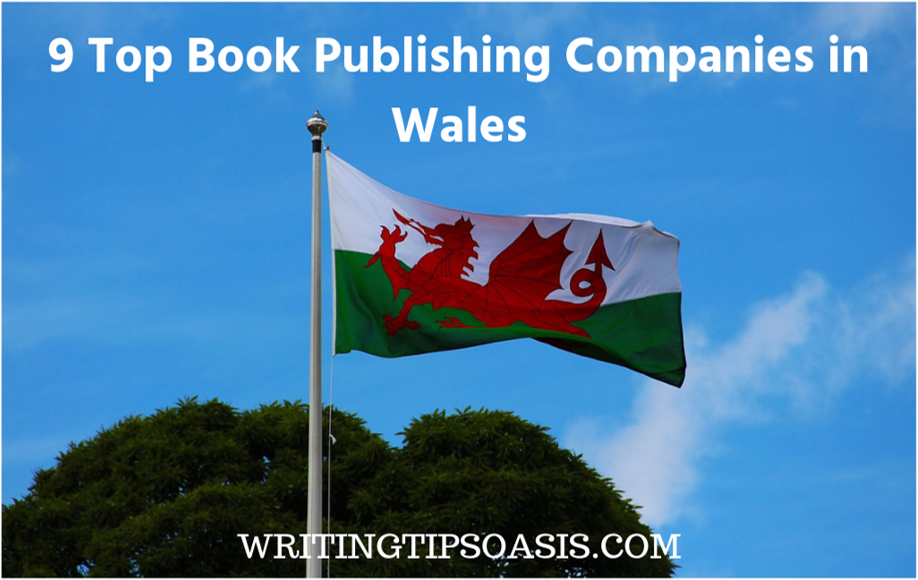 Are you a Welsh author who has written a book?

Are you now looking for book publishing companies in Wales who might be interested in publishing your book?

Below are 9 book publishers in Wales you should know about.

How can you tell a great publishing from a good one? The founders and staff are writers themselves! At Parthian, a Cardigan-based independent publishing that has just celebrated their 25th anniversary, most of the editors are also published authors, ready to get to know your work and help you achieve success. After all, they’ve been through the same process themselves.

Parthian was founded in 1993 by the novelist Richard Lewis Davies and the artist Gillian Griffiths. Publishing both fiction and non-fiction, as well as poetry, it celebrates a variety of different writing styles, genres and cultures. It’s a brilliant publishing to contact if you’re trying to get your debut novel out into the world, as they’re great supporters of new voices and fresh names in the publishing industry. Recent releases include Glen James Brown’s working-class novel “Ironopolis” and a Slovakian short story collection “The Night Circus,” which was translated as part of Parthian’s European Carnival of Voices initiative.

Parthian does not accept digital manuscripts – only hard copies sent traditionally will be considered. Keep in mind only the first 30 pages of your work will be read, and along with it you must also submit a full synopsis of the piece, as well as a cover letter. Further details, also regarding poetry submissions, can be found on the FAQ page.

Another Welsh publishing that aims not to discourage, but nurture emerging new talent, is the Bridgend-based Seren. This independent publisher with an impressive history that began nearly forty years ago, specialises in promoting Welsh literature and taking it from unknown to award-winning.

Seren was founded by the Poetry Wales Magazine’s editor, in order to create opportunities for fledgling writers, novelists, journalists and poets in Wales. The publishing is therefore very creative and flexible when it comes to the spectrum of genres published – as one of the staff member puts it, they do “a bit of everything.” Among fiction, short stories, memoirs, history and travel books, Seren keeps expanding their Classics section, having recently re-designed Emyr Humphreys’ “Outside the House of Baal.”

Seren publishes around 25 books a year, while both continuing the journeys of established authors and forging the path for literary novices. Good news – they’re currently accepting submissions!

When it comes to fiction, Seren is only publishing existing authors at the moment. For non-fiction proposals, you may send your work electronically. Look into further details and general information on the Submissions Policy page, which has some useful guidelines and tips for getting published. 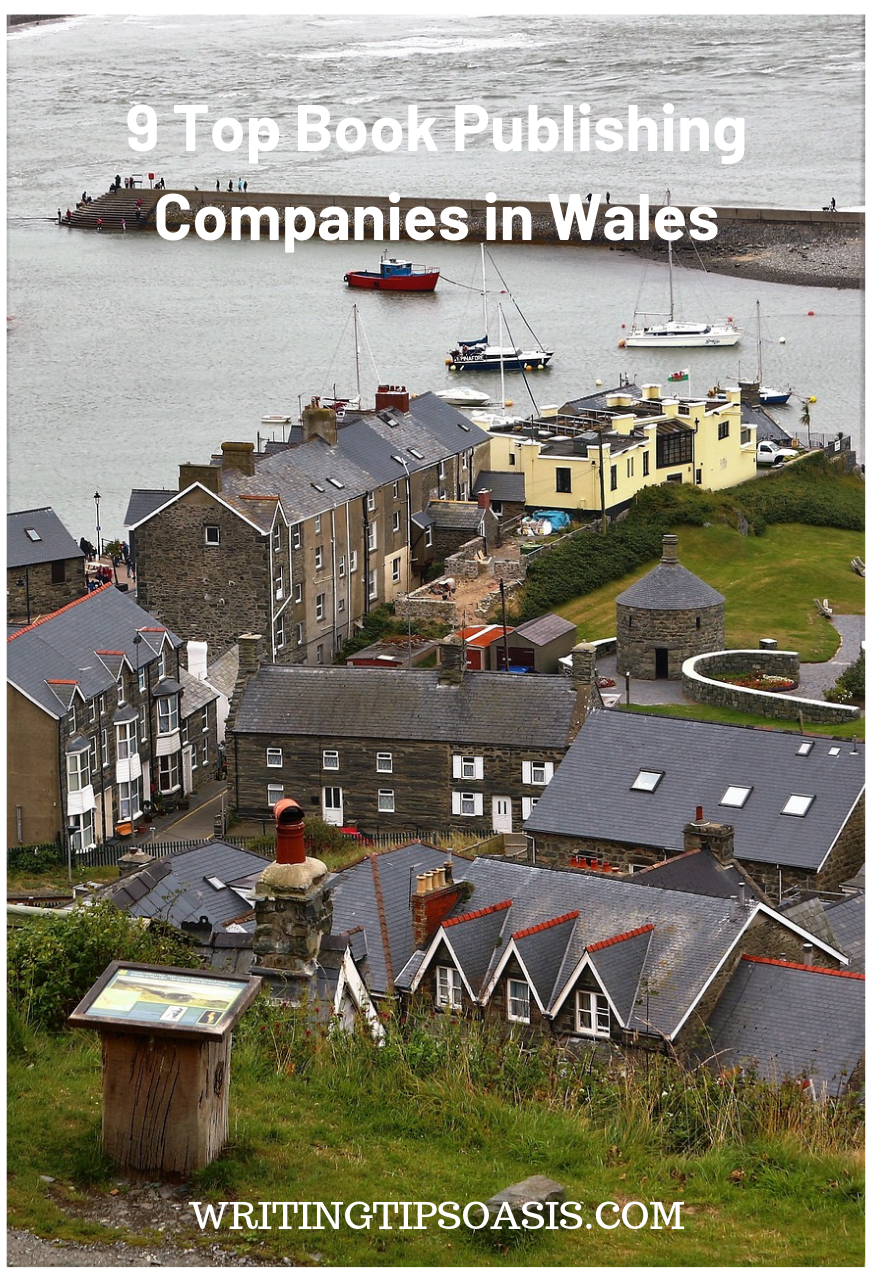 For those, who specialise in creating magical universes for the youngest readers’ literary education, may be interested in Dref Wen. Based in Cardiff, this publisher has been providing children in Wales with dual-language titles in English and Welsh for more than 35 years, both at home and in the classroom.

Dref Wen offers specific age categories, from helping with first words to 11 and above. Their offering is cleverly divided in the online shop, so parents and teachers can navigate the website easier in accordance with their requirements.

Apart from producing original titles, Dref Wen also publishes adaptations and Welsh editions of characters English-speaking kids already know and love, such as the “Very Hungry Caterpillar.” There are plenty of additional resources available too, e.g. free audiobooks for those, who feel like audiles among vivid visualisers, as well as little topical dictionaries.

At Dref Wen, all creative ideas are welcome. Whether you write children’s books or Welsh learning aids, you may be of use to the publishing. A detailed outline with a sample attached is a great first step in the submission process – there’s no need for a manuscript straightaway. Find more about submissions here, or fill out the contact form to get in touch.

Preserving the values and history of Wales, while promoting the country and its culture to the rest of the world, have been the top, equal priorities of the Welsh Academic Press. The independent publishing was established in 1994, combining excellent research conducted by scholars in Wales, with academic knowledge from Europe and beyond.

The Welsh Academic Press focuses on historical and political non-fiction, not just in Wales, but also Scotland, Scandinavia and Baltic countries. A wide range of titles include feminist studies, folklore tales, religion and current affairs (e.g. a detailed study of the Scottish Referendum campaign).

Passionate sports writers and reporters may wish to take a look at the WAP’s imprint, St. David’s Press, where leisure, sport and its history are the main themes explored throughout numerous specialised categories.

Proposals in the fields of Humanities and Social Sciences are most welcome for submission to the Welsh Academic Press. Please refer to the publishing questionnaire, where you can elaborate on your idea, specifying the target group, promotion and most importantly, what your work will entail.

They call themselves feisty, and when a publisher gives that promise, you simply must keep reading. The independent publishing Accent Press was founded in Cardiff by Hazel Cushion, a fellow writer with an MA in Creative Writing. In the 16 years of running the business, Hazel has grown not just the team of professionals, but also the imprints and therefore the range of genres published. Accent now publishes titles within the categories of contemporary and historical fiction, as well as chilling thrillers and crime novels.

Female writers, who have been turned down before for producing too much “chick lit,” may find solace in Accent’s ladies-only imprints; Xcite Books is now UK’s most successful erotica publisher, and Cariad specialises in sexy romance fiction. You can be the next E.L. James, only better!

With both traditional and digital releases, beautifully designed covers, and such broad range of titles published, no wonder Accent Press has been nominated for the IPG Independent Publisher of the Year – put them on your list immediately!

Accent is open for submissions, and excited to bring up-and-coming writers on board. An extensive list of genres, as well as the submission form, can be found here. Bear in mind that if you’re only looking to write one novel, you may not be the right fit for Accent – they have series and sagas on their minds!

With an abundance of publications in numerous genres, which include both entertainment and education, the Crown House Publishing is developing rapidly and is well on the way to becoming one of the most influential independent Welsh publishers – especially when it comes to reaching markets globally.

Specialising in self-help and personal development non-fiction, Crown House publishes books in the categories of education, health and well-being, coaching, parenting and many more! They have been awarded the IPG Education Publisher of the Year twice, as recognition to their rapid progress in building a well-oiled publishing machine.

With self-help books, it is extremely important to give them the highest possible “life-changing factor,” and the dedicated staff at Crown House can help you achieve that in a fun, creative cooperation. Who knows – their next award-winning book sold worldwide may even have your name on the cover!

All book ideas can be sent to submissions@crownhouse.co.uk. Due to the high volume of submissions received by Crown House, you are kindly asked to fit your outline into 300 words. You will be contacted as soon as possible, regardless of whether you’ve been successful. Good luck!

What started out as a self-publishing venture for Peter Gill, who produced the first ever Graffeg book in 2003, is now a thriving publishing house, helping authors from numerous fields of interest make a literary debut. Award-winning authors at Graffeg are not only writers – after all, books are not just words; photographers, illustrators and graphic designers each get their part to play as well.

Graffeg’s genres could be summarised with a general “food and lifestyle” label, which also includes art, architecture, culture, sport and photography. Apart from that, they also publish adult and children’s fiction, nature and heritage books, as well as Wales travel series. One of their new releases is a beautifully illustrated “Flavours of England” series, full of saturated food photography and mouth-watering recipes for everyday.

Submissions for new books are more than welcome, particularly in the children and young adult department. Bear in mind, new proposals are reviewed only twice a year – read all about that, as well as further requirements, on the Author Enquires page. If you’d like to know more about the publishing process from start to finish, you can find more information here.

If your ultimate dream as a writer is to get your work to Comic Cons and eventually make it into an animated TV series, Deadstar Publishing may be your first step on the ladder to becoming a graphic novel champion.

Established nearly a decade ago, their primary focus are the genres so often overlooked by larger publishing houses – fantasy, science fiction and horror. So far, the Cardiff-based Deadstar has helped not only Welsh, but also international writers get published, making writing or illustrating the full-time career they have always dreamed about when sketching comic strips under the school desk.

Between five and ten new titles get published every year, now not only in physical, but also e-book form. The ideas that Deadstar authors explore, are always unusual and nothing like what you’ve read or seen before – if you want to make it, you need to truly think outside the box of regular human imagination. As an example, one of the titles published last year – “7 Shades” – represents a genre the publishers have summarised as a “supernatural western epic.”

If your ideas can beat that, you’re welcome to submit a proposal to Deadstar at any time. Start with a two-line overview that will really sell your project. A detailed synopsis of your work is also required, yet it varies depending on the genre you wish to publish in. Refer to the submissions tab to find out more.

The University of Wales Press has been the pillar of Welsh academia since 1922, when it was founded to reinforce the cultural and political identity in Wales. Since then, it has been introducing the works of national scholars to worldwide audiences and publishing quality research. With the remaining support from the University of Wales, the academic press was and still is a non-for-profit publishing, releasing between 50 and 70 new titles each year.

Broadly speaking, the material published by UWP is centred in the fields of Humanities, Arts and Social Sciences. Those divide further into European studies, philosophy, local and global history, literature, as well as Welsh and Celtic studies.

The UWP’s mission statement has always claimed knowledge had to be accessible. Therefore, a number of general interest books are also produced, to “domesticate” research and encourage readers from outside of academia to further educate themselves. One of the proudest publishing achievements of the UWP is the University of Wales dictionary of the Welsh language, which encapsulates the primary goals of the press. Since its establishment, the UWP has published more than 3,500 pieces of literary work, 250 of which are currently available as electronic editions.

If you’re considering submitting a proposal to the UWP, it is advised you familiarise yourself with the currently published lists – you’ll be able to evaluate whether your book idea fits. Don’t worry if it doesn’t entirely, as the UWP is happy to investigate fresh ideas or angles. Proposals are usually discussed via phone or e-mail – you can find more information regarding the publishing process in the extensive UWP publishing guide.

Are there any other book publishing companies in Wales that should be on this list? Please tell us about them in the comments box below!

Zofia Filipowicz is a freelance journalist living in Poland. She has graduated from De Montfort University in Britain, with a first class degree in Journalism and English Literature. Since then, she’s worked with different print and digital publications. Currently open for commission.