If you’re looking for a list of the best British fiction book publishers, we’ve featured 19 of them below, and have provided an overview of the types of fiction they publish.

Based in Leyburn, North Yorkshire, England, Tartarus Press is one of the oldest book publishers in the UK. It was established in 1990 and has won multiple accolades at the World Fantasy Awards ever since.

Tartarus Press is known for its immaculate hardcover limited-edition titles. In particular, its literary fiction focuses on horror or any story with supernatural or eerie elements.

Mark Valentine’s Sphinxes & Obelisks and Angela Slatter’s The Tallow-Wife and Other Tales both come in collectible hardcover editions and are worth your time.

Tartarus Press is open to submissions of novels and sets of short stories. But while it accepts horror and eerie fiction, only literary variants will be considered. Avoid sending manuscripts of gruesome horror or hackneyed story elements.

Similar to Tartarus Press, Holland Park Press is interested in literary fiction — but it doesn’t only focus on horror and supernatural stories. Located in London, England, this publisher yearns to promote stories of Dutch writers and anyone with a distinct voice.

Holland Park Press has both English and Dutch titles. Some of its fiction books include True Freedom by Michael Dean and Upturned Earth by Karan Jennings.

If you have any work of literary fiction, consider submitting it to Holland Park Press. The publisher will accept not only novels but novellas and short story collections as well. Just follow the guidelines before submitting your manuscript. 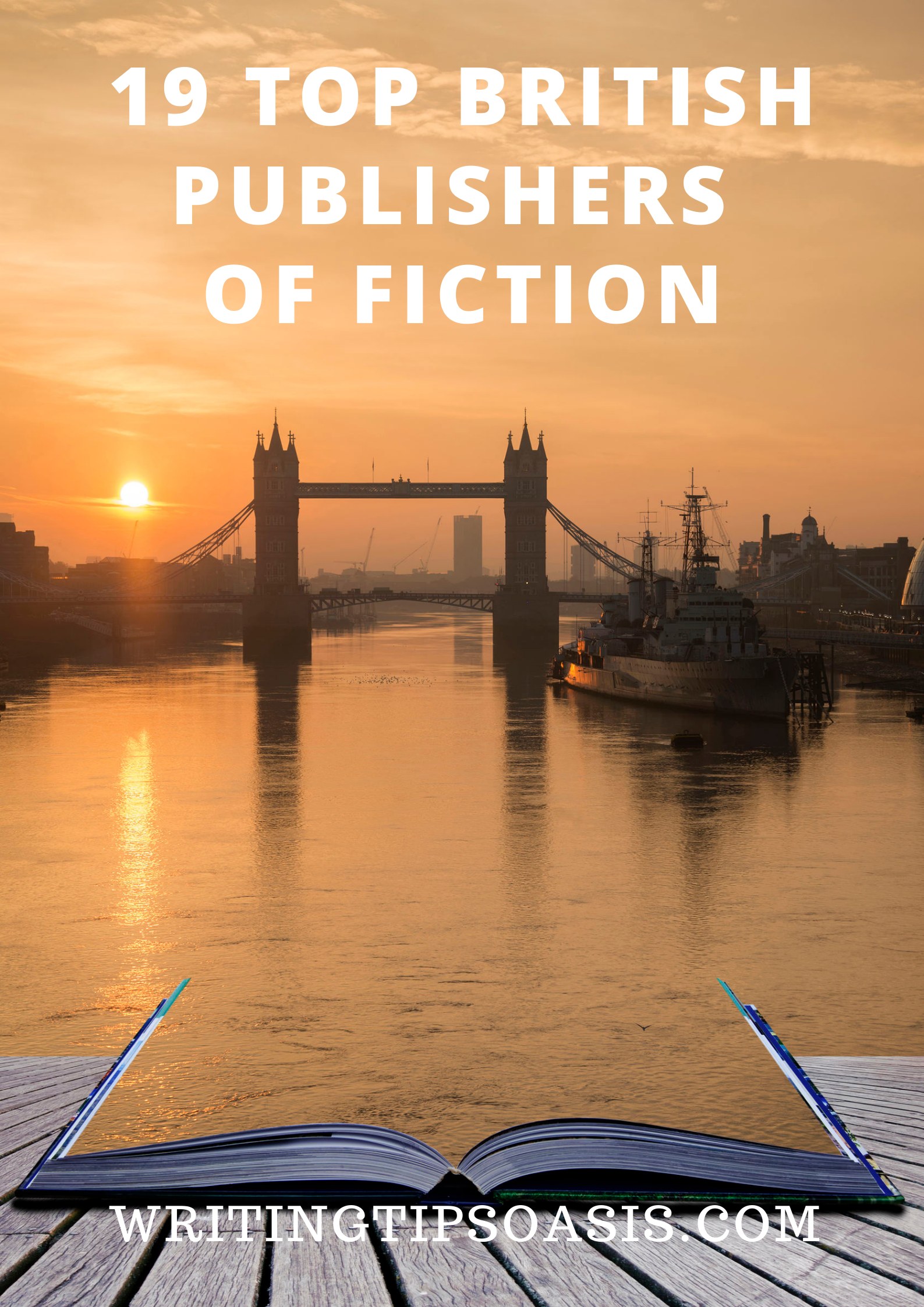 Way back in 1981, Tom and Rene Atkinson decided to launch their own publishing company. Known as Luath Press, it has since developed wondrous series and helped many authors and poets establish their presence in the industry.

Situated in Edinburgh, Scotland, Luath Press mostly has titles that relate to the Scottish way of life. But it’s always open to refreshing and creative works by anyone regardless of their nationality. Two of its fiction books are Des Dillon’s An Experiment in Compassion and William Scott’s The Bannockburn Years.

Luath Press is currently accepting manuscript submissions. However, you’ll have to send a physical copy because it doesn’t allow electronic submissions — so get a sizable envelope ready.

Located in London, UK, Jo Fletcher Books is the amazing imprint of Quercus Books. It specializes in not only horror but also sci-fi and fantasy.

Jo Fletcher Books is home to many books that received widespread acclaim — and its newest titles are well worth reading. Derek B. Miller’s Radio Life is an engaging and witty sci-fi novel while Eoin Colfer’s Highfire is a fantasy title with a kind of humor that adults will enjoy.

The publisher is open to unsolicited submissions. Ensure that your manuscript is already complete and that it fits into any of their three aforementioned genres. For more details, go to the submissions page.

The independent Bitter Lemon Press has been around since 2003. While it’s headquartered in London, England, its lineup of authors has come from other countries like New Zealand and the US. Its primary goal is to bring the best crime, thriller, and dark fiction from international writers to the UK.

The publisher is accepting both original works of literary crime and thriller. However, you must send your manuscript through a literary agent.

To get an idea of how varied its romance books are, look at the medical romance Falling for the Brooding Doc by Annie Claydon and the historical romance How to Wed a Courtesan by Madeline Martin.

Before sending your romance fiction, check if your work fits any of the Mills & Boon series by reading a few titles. Furthermore, each series has specific guidelines. Once you’ve chosen the right series, follow the submission instructions.

Dead Ink in Liverpool, England, was originally just a digital publishing company in 2011. It was created by Wes Brown after the Arts Council England gave their support with a grant. Four years later, Dead Ink had Nathan Connolly in charge as it began publishing print copies.

While the publisher has no particular guidelines, Dead Ink has a dedicated email address for submitting your manuscript. Simply scroll down the contact page and look for the ‘submissions’ contact detail.

Based in London, England, Hot Key Books is a publishing company for teenagers and young adults who want provocative and intriguing fiction. If you have a story that distinguishes itself from the rest of the pack, this might be the publisher for you.

Some of its books are Gennifer Choldenko’s historical yet hilarious Al Capone Does My Homework and Patrice Caldwell’s fantasy wonder A Phoenix First Must Burn.

Hot Key Books accepts manuscript submissions from literary agents, but unsolicited proposals directly sent by writers will be rejected. Read more about it here and get the email address for your agented submission on the contact page.

Fairlight Books in Oxford, England, has always had its eyes set on excellent literary fiction. Established by Louise Boland in 2017, it values quality over quantity — releasing only a few new books annually. Thanks to this, several of its authors are recipients of much acclaim in the literary industry.

The press has contemporary fiction like Loree Westron’s Missing Words and novels such as Elizabeth Mac Donald’s A Matter of Interpretation.

Unfortunately, Fairlight Books isn’t currently open to new novel submissions because it received a ton of them in 2020. The publisher advises interested authors to keep in touch for updates.

On the bright side, writers with short stories and novellas can still send their work to Fairlight Books.

Tom Chalmers launched Legend Press in 2005. Since then, this independent press in London, England, has garnered nominations both for the organization itself and its portfolio of original and classic fiction.

Aside from its original fiction like Emma Musty’s heartwarming The Exile and The Mapmaker, Legend Press has a fine selection of crime thrillers such as Jane Isaac’s gripping A Deathly Silence from 2019.

Legend Press isn’t accepting contemporary literary fiction and crime fiction proposals at the moment, but it will open its submission window in July 2021.

Thus, you should prepare your manuscript now and read the submission guidelines.

Hawkwood Books is a lovely independent press in Lincoln, England. Its motto is all about delivering the unexpected kind of fiction for folks who want something new.

Whether a comedy for kids or fantasy for young adults, all novels on the Hawkwood Books catalog are well-written and often praised by reviewers.

Hare Under Moon Hill by Joy Pitt is great for teens while Mandrake Petals and Scattered Feathers by David Greygoose will satisfy adult readers.

Hawkwood Books only releases a select number of novels annually. If you believe in your work, go ahead and email the first ten pages along with a synopsis.

Established in 2000, Atlantic Books is part of the Independent Alliance and has built a solid presence on a global scale with its selection of high-quality fiction and nonfiction, many of which have won awards and become international bestsellers.

Two of its dazzling reads are Robert Fabbri’s epic The Succession and Jen Silverman’s humorous We Play Ourselves.

Whether you have a short story or a sprawling novel, you can submit your manuscript of literary fiction to Atlantic Fiction online. Go to the contact page and scroll down to see the ‘Submissions’ section.

Newtownards, County Down, Northern Ireland, is home to Blackstaff Press. This publishing company is supported by the Arts Council of Northern Ireland and has been the home of beloved Irish titles since 1971.

The publisher’s recent short story collection of Evelyn Conlon titled Moving About the Place is brimming with refreshing ideas. Likewise, it has Sheila Turner Johnston’s Maker of Footprints, a fascinating novel about uncovering the hidden aspects of individuals.

Blackstaff Press is unable to accept manuscript submissions because its offices are currently closed. Go to the submissions page at a later date to see if they’ve reopened.

Welbeck Publishing Group in London, England, is an independent publisher of fiction and nonfiction. It’s built a remarkable reputation worldwide — many of its books are available in multiple languages in over 60 countries.

Its focus is on commercial fiction. Welbeck Publishing Group is looking for creative stories that will sell well regardless of their genre. A couple of its newly launched novels are Linda Calvey’s The Locksmith and Emma Christie’s The Silent Daughter.

Welbeck Publishing Group welcomes manuscript submissions from both authors and literary agents. You can send up to 20 pages of your work.

Seren is a highly accomplished independent publisher situated in Bridgend, Wales. Whether fiction or nonfiction, many of their works have a global readership and won several awards in and out of the UK.

Launched in 1981, Seren’s portfolio of literary titles has proven that Wales has a rich history with many stories waiting to be told. Two of the publisher’s newest literary fiction are Leslie Scase’s Fatal Solution and Euron Griffith’s Miriam, Daniel and Me.

Seren is only accepting submissions of literary fiction from its existing authors, but it also says that its rules might change — so don’t lose hope. View the submissions policy some other time.

Established in 2014, Bloodhound Books has sold millions of books worldwide. Situated in Cambridge, England, it offers its authors of commercial fiction utmost transparency and commendable royalties.

Bloodhound Book has women’s fiction, crime, and thriller titles. Strategy is a psychological thriller by the famous Anita Waller. On the other hand, The Calico Cat by Amanda James is poignant yet beautiful.

The publisher is currently closed for manuscript submissions, but it’s announced that authors can once again submit their work starting on June 21st. Bloodhound Books will only accept complete manuscripts, so keep this in mind while reading the submission guidelines.

Launched by Farhana Shaikh in 2010, Dahlia Publishing is another independent press located in Leicester, England. The publisher is a proud supporter of regional and cultural diversity and releases between two and four books a year.

Dahlia Publishing focuses on contemporary fiction. Some of its novels are Leela Soma’s Bombay Baby and Kirstin Ruth Bratt’s Flying Goats in Agadir.

Currently, the company isn’t open to novel submissions. On the other hand, you can still submit your short fiction and short stories if you’re in the UK. Read the submission guidelines and visit the page at a later time for possible developments.

Located in Cambridgeshire, England, Dedalus Books was launched in 1983 and has a global audience. Its literary fiction titles have been translated into nearly two dozen languages, and it even has its own genre called “distorted reality”.

From The Runes Have Been Cast by Robert Irwin to the highly detailed Prague 1938 by Dara Kavanagh, Dedalus Books has a portfolio that keeps on getting better each year.

The author guidelines of Dedalus Books state that it’s open to submissions from authors and literary agents. Once you have everything prepared, check the contact page for its office address and email.

Jasper Joffe launched Joffe Books only in 2014, but it’s already been nominated at the British Book Awards twice. This celebrated independent publisher in London, England, is home to spectacular best-selling fiction.

From crime and thrillers to romance and historical fiction, Joffe Books has authors that astound British readers. Faith Martin’s The Country Inn Mystery is cozy yet brimming with suspense while Theresa Le Flem’s The Forgiving Sand features riveting romance.

Joffe Books is open to manuscript submissions, particularly in the field of crime and mystery fiction. Due to the number of manuscripts they get, you’ll have to wait three months for a response if they like your work.