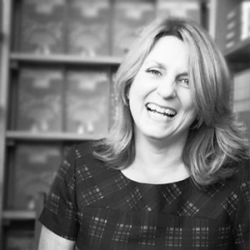 An awful lot has happened for Cathy Bramley in the last two years. Cathy joins us now to talk about how life has changed since she self-published Conditional Love in 2013. Two years, seventeen covers and seven novels later, you can treat yourself to the sparkly, new, made over paperback version of Conditional Love – our Novelicious Book Club pick of the month.

I recently celebrated my two-year anniversary in publishing. TWO YEARS! That time has literally flown past; it doesn’t seem five minutes since I was stringing bunting around our local village phone box ready for my first book launch.

So much has changed for me since self-publishing my first novel, Conditional Love, and looking back it makes me quite dizzy thinking about how I managed to pack it all in.

Things began to change in January 2014, after a call from Transworld to write them a serialised novel and a call from literary agent, Hannah Ferguson, with an offer of representation. I would say that it was a dream come true. Except that it wasn’t really – not the dream part anyway. I prefer to paraphrase Hannibal from The A Team and say that it was a plan that came together.

I had decided to self-publish my first book on Amazon and optimistically planned to pitch my second book to an agent. Unbelievably it worked! The second book I wrote will be published by Transworld in Spring of 2017 and is called White Lies and Wishes.

I was so glad that my plan worked for two reasons: firstly, I didn’t have a Plan B and secondly, I found self-publishing to be incredibly hard work. Just sitting down and writing a complete novel is difficult enough, without having to develop a marketing strategy (and stick to it), create covers, write blurbs and key words and do all that social media stuff too. And because most of my novels are published as digital ebook series first, there are an awful lot of covers, blurbs and publication days to deal with!

I worked in marketing for years before becoming a writer and so I fully appreciate all the different elements that go into producing any product (in this case my book) successfully and I am so grateful that I can now hand over some of the responsibility of that to Transworld and concentrate on making the next book as good as it can be.

As part of a three-book deal last year, I sold the rights to Conditional Love to Transworld, and my editor and I re-evaluated the story, gave it a bit of a makeover and relaunched it with a sparkly new cover which I adore and I hope readers will too.

This month saw the new version hit the shelves for the first time and I can’t tell you the thrill I get every time I pop into my local supermarket and see my very own book on sale.

If I can do it, I genuinely believe that anyone can. If you are prepared to work hard, put everything into your writing, learn from your mistakes and keep going when times are tough, you’ll get there in the end.

A dream is lovely, I say, but a plan – a plan will really take you places…