Ten years ago, Julia Williams saw her first book, Pastures New, published. Now, with the release of her tenth book, It's a Wonderful Life, Julia looks back over the last ten years at what has changed in her life and in the writing world… 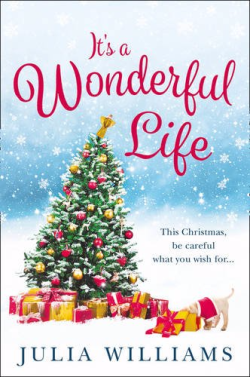 My childhood was peopled with imaginary friends who had great adventures, and it’s a habit that spilled over into adulthood, when, you know, most people have given that kind of thing up. As I was growing up, writing didn’t seem like a thing you could do for a living. The idea of becoming a “novelist” seemed as alien to me as flying to the moon.

So instead I worked in children’s publishing for eight years before taking time out to freelance and bring up my family. And it was during that time, that something shifted. I loved the creative process of my job. But I started towards the end to feel a little resentful. I had good ideas, but I was always giving them away. Thanks to an extremely open minded boss, who was keen to promote talent in the team, I had a chance to write a few short stories for various collections we were doing, and after that I was hooked. I signed myself up for a correspondence writing course (this was pre the internet!), and when I started freelancing, I also had a first stab at writing a novel.

It was an unmitigated disaster, and I made all the mistakes newbie writers do: not enough plot, too much introspection (I was going through a tough time and the first draft was depressing, frankly), telling not showing etc etc. However, with help from the wonderful Romantic Novelist’s Association New Writer’s Scheme, and the inestimable Hilary Johnson who runs a brilliant advisory service, I got it into enough shape to get an agent interested. Not enough to sell it, but enough to have an agent.

That was sixteen years ago. My first agent, Dot (who sadly died three years ago), took me on a week before my third baby was due. I then went onto have another baby quite quickly, and as a result it took several years, and two more manuscripts before finally, in 2006, eight years after I had started writing, I finally got the call to say that Avon wanted to take me on. It was, as you can imagine, an amazing and thrilling moment. Finally, after all that hard work, someone thought my writing was good enough to bring to market.

That was ten years ago, and I have just published my tenth book, It’s a Wonderful Life. I can tell you, that the joy and pleasure of seeing my books in print, or on Amazon, hasn’t diminished over the years. if anything, it has probably increased. Because the thing I have learnt in the last decade is that, writing doesn’t get any easier. Writing to deadlines is hard. Trying to come up with new, different ideas is hard. Trying not to get bogged down with looking at how your competitors are doing is hard. But every hour spent racing towards a deadline, or tearing your hair out while looking at a blank piece of paper (I do A LOT of that in cafes), is worth it for the pleasure of a reader emailing or tweeting you to say they liked your story.

Things are very different now, from when I was first published. We had the internet by then, and possibly Facebook, but I certainly wasn’t on Twitter. I did create my first website, and I had a blog (which I still have but use sporadically these days), which is where I was able to communicate from the off with my readers. The very first person who emailed me to say they liked Pastures New is now a Facebook friend, and I will never ever be able to thank her enough for giving me that validation and continuing to do so. 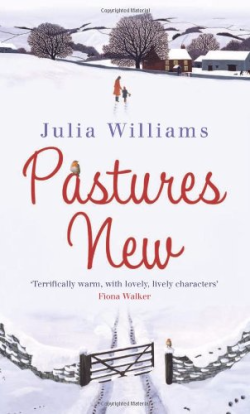 Nowadays, I tend to communicate with readers via Facebook and Twitter, which is brilliant and helpful, and reminds me how lonely it was for writers previously. (When I first started out, with only a fax and a phone for company, it was very lonely indeed). Nowadays I have the world at my fingertips. So I get support not only from lovely readers, but wonderful writing friends, who are a source of much joy and who understand where I am coming from when my family think I’ve gone bonkers.

My writing life has also changed dramatically. Back when I was first published in 2007, my children were all under ten, and my life was dominated with school and nursery runs, and mad spurts of writing when I could grab a spare moment. Now two of them have left home, the other two are pretty independent, and I work two days a week. In theory this should leave me plenty of time for writing. In practice, I think I waste time in a way that my younger self would be raging at me for. But I have also learnt that procrastination (or processing as a friend calls it) is part of my writing process, and that eventually it will get done.

It also gets harder as you get older to remember yourself back into younger characters’ thoughts and feelings – which for a writer of contemporary fiction can be a problem. I frequently catch myself giving a character a wealth of cultural baggage that is appropriate for my age group, but wouldn’t be for a thirty something, and then frantically googling to try and work out what their reference points would be. Having said that, writing is writing, people are people, stories are stories, and if you have one to tell, that resonates with experiences your readers will recognise, you can overcome those kind of barriers. It just takes a bit more work…

So things are very different from the way they were and here I am, amazingly with my tenth book on the shelves. I will never ever stop pinching myself to remind me how lucky I am to have had this opportunity to bring to life the characters that constantly buzz around in my head wanting their story to be told. It is a great privilege, and I want to thank both Avon for making my dream a reality, but most of all, you, my readers for letting my characters into your lives too.

And I know it’s a bit early, but wishing you and yours a very, very happy Christmas!

FIND OUT MORE ABOUT IT'S A WONDERFUL LIFE