Summer might be coming to a close and lazy days spend in the garden or in your local park will soon have to be swapped for cosy indoor activities. Fear not, book lovers. September is a bumper month for literary festivals across the UK and book launches in Ireland, so there are plenty of other things to do to satisfy all your literary needs. 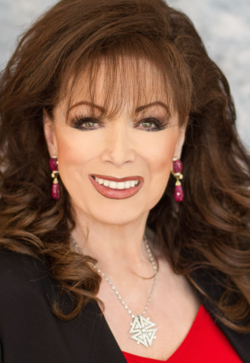 2 September – Asking For It by Louise O'Neill is one of the most talked about novels in recent months, as it focuses on the hotly discussed topic of whether women are 'asking for it' by dressing or acting in a certain way. We all know what the right answer is here, they're not, and yet they still get judged even if they're the victim. Want to discuss the controversial topic with the author herself? You can by attending the launch party at Eason O'Connell Street in Dublin.

8 September – Join the Literati at Grosvenor House in London for a very glamorous evening with the legendary Jackie Collins. Tickets are £25 for an intimate and interactive discussion with Jackie, a signed copy of her new book, The Santangelos, welcome drinks and canapés.

7 September – Love Victoria Hislop's books? Then you'll want to attend the 10th anniversary event of The Island, which includes a UK screening of the Greek TV show based on the book and a Q&A with the author. Tickets are £25 and attendees will also receive a special edition hardback copy of the novel and a goody bag.

8 September – What if you went missing but couldn't remember anything? Kate Pearson has no memory of her abduction when she was 12. Then, more than two decades later she receives an anonymous note: "I remember you, Kate". Join Louise Phillips for the launch of her new novel, The Game Changer, at The Gutter Bookshop in Dublin.

9 September – Welcome to Sisterland. A world ruled by women. A world designed to be perfect. Here, women and men are kept separate. Women lead highly controlled and suffocating lives, while men are subordinate – used for labour and breeding. About Sisterland by Martina Devlin is another novel being launched in Dublin this month. Taking place at the Irish Writers Centre, the event is free and open to everyone.

15 September – The Lady Invites You to…Literary Lunch with Milly Johnson, Daisy Waugh and Thomas Blaikie. Tickets are on the steep side at £90, but they include a drinks reception, three-course lunch (including half a bottle of wine), signed copies of each of the author's books and of course talks with the writing inspirations present.

17 September – Cherry Hinton Library in Cambridgeshire is playing host to a trio of lovely women's fiction authors: Ali Harris, Ali McNamara and Paige Toon. Tickets are just £2 and include a refreshment.

24 September – Arguably one of the most anticipated releases on the women's fiction calendar this year is After You, the sequel to the bestseller Me Before You by Jojo Moyes. And you can join the author at an exclusive launch event at Waterstones Piccadilly in London, how exciting is that? Tickets are £5 (£3 for Waterstones card holders). 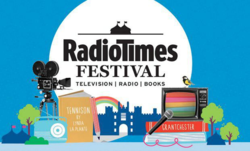 24-27 September – The Radio Times, Television, Radio and Books Festival will be taking over The Green at Hampton Court Palace at the end of the month. On the bookish front we recommend How to Write a Novel (25 September, £10) and an event around The Man Booker Prize (27 September, £15). And for something a little different while you're there, why not check out The Making of Poldark (27 September, £15) and The Women of Sherlock (27 September, £18) as well?

25 September-4 October – The Wigtown Book Festival is a ten-day literary celebration in Scotland's national book town. There are far too many amazing events planned to list them all here but some of our favourites include Cathy Rentzenbrink (26 September, £6), Laura Barnett (26 September, £6), Jenny Colgan (26 September, £6), and Afternoon Tea with food writer Sue Lawrence (30 September, £8). If you don't know what events to pick, you can buy pot luck tickets instead.

26 September – Are you an aspiring author with a finished manuscript but are you unsure what to do next? Then the How to Hook an Agent half-day course from The Bloomsbury Institute in London might be just the thing for you. Four literary agents will be discussing the do's and don'ts of submitting a manuscript. For £149 the course also includes a networking lunch and the chance of a one-on-one with the agent of your choice for direct feedback.

Various dates in September – Write & Shine workshops hosts early morning writing sessions in London to fit around busy lifestyles. Lasting between one and two hours, they offer stimulating environments both for new writers and those who already have some experience. Sessions are between £10-£18.

Enjoy! And as ever, if you know of any other bookish events coming up this month or the next, just comment below or tweet me a link on @zarinatweets.