Welcome to our writing advice column, where you'll find bestselling author Julie Cohen answering reader questions! Hit a roadblock or have a writing-related query? Drop them in the comments or email kerry@writingtipsoasis.com and keep your eyes peeled for Julie’s response in later columns. 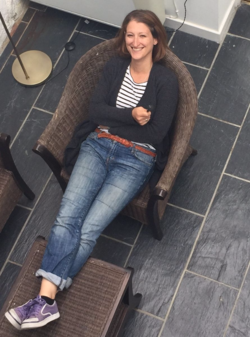 We write fan fiction. We love taking our favourite already-established characters and writing about them in new situations and stories. But when it comes to writing our own original fiction, we’re not sure where to start. How do you create original, three-dimensional, realistic, compelling characters?

GOD I LOVE WRITING FAN FICTION TOO, IT IS SO GREAT. So much of the work has been done for you! And yet the best fan fiction doesn’t just exploit already-established characters: it develops those characters, it tests their limits, and gives them an arc to follow. (An arc: how a character develops and changes through the course of the story.) I think that writing fan fiction is a wonderful training ground for a novelist.

So when you start writing original fiction, you will have learned a lot already. In fact, you are probably way ahead of other writers just starting out, because you are practised in understanding how characters tick.

Here are some tips for you:

Spend the time. I spend a lot of time with my characters before I start to write. In fan fiction, you’ve sort of done this already by reading the book or watching the movie/TV series. But when you’re creating your own characters, you need to get to know them as you would with a real person. Not just what they look like: who they are. Think about them; work out their backstory, their preferences, their hobbies, what they care about. There are some good character questionnaires online to help you do these things. For example, here: www.writingclasses.com/toolbox/character-questionnaires 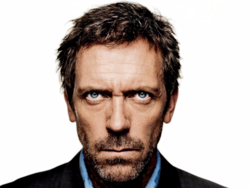 Give them a problem. This is probably the most important thing. All of your favourite characters have a major problem to face, and these problems are going to be both plot-based and emotional. You can learn a lot by looking at other people’s characters here. Harry Potter: orphan boy, desperate for love and belonging, dealing with injustice and evil. Buffy Summers: wants to be normal, but the safety of her entire world relies on her being a vampire slayer. Think deeply about what your character’s problem is and what they will struggle against, because the struggle is going to make them interesting, and to provide their story.

I can’t reiterate enough that this problem should be emotional as well as plot-based. Your character should have a flaw or weakness, and they should be struggling to overcome this flaw or weakness. I’m obsessed with House, MD at the moment, and Dr House’s flaw is obvious: he’s a dickhead. It’s the moments where he transcends being a dickhead that make us fascinated by him.

Make them do something. Characters reveal themselves through action. So whilst character questionnaires are extremely useful, and thinking through your character’s flaws is vital, your characters will only really come to life when they start doing stuff. You know this already: good books and films and TV series do this exact thing. Your characters plunge into action; they don’t stand around explaining themselves.

Listen to their voice. If you’re writing fan fiction based on film or television, you’ve got an actor to listen to and look at. When you’re writing an original character, you have to invent this yourself. I will admit that sometimes I steal actors to use as the voice of my characters. But really what you need to do is to create this voice so that it is real in your own head, and therefore in the reader’s. Try writing things from their point of view; write their dialogue.

Consider how they speak and think. Occasionally I will pretend that I am my character while I’m doing something utterly normal, like grocery shopping or driving my car. There is a magic spot where, if you know enough about a character, they will start speaking for themselves. 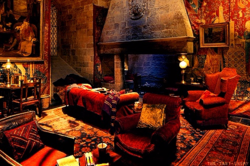 Don’t forget objects. In film in TV, it’s not just the actor that portrays character: there’s costume, props, sets. All of these things have been carefully chosen to give the viewer extra clues to what these people are like. Think about Hogwarts, or Buffy’s bedroom. I just took time out from writing this column to watch an episode of House  where a character’s ongoing emotional arc was revealed by his choice of running shoes. What objects and settings can you use to enrich character?

Hopefully this gives you some places to start creating your own fully-rounded characters. Also it reassures you that watching TV is a totally useful skill for a novelist. Meanwhile I am sort of thinking I need to write some fan fiction about Gregory House, MD…