Welcome to our writing advice column, where you'll find bestselling author Julie Cohen answering reader questions! Hit a roadblock or have a writing-related query? Drop them in the comments or email kerry@writingtipsoasis.com and keep your eyes peeled for Julie’s response in later columns. This week, Julie offers invaluable advice on subplots. 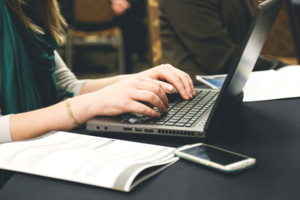 I think you’ve got several different, though related, questions in this letter, some of which you actually ask, and some of which you don’t. I’ll take them one at a time. (And instead of ‘perspectives’ I’m going to use the term I’m more comfortable with, which is ‘point of view’. I think, from the way you mean them, the terms are interchangeable.)

The first question is one that you’ve implied rather than asked. Is it okay just to have one point of view in my novel, with no real subplots to speak of? And the answer to that is: Yes, it is. If it works for your novel, that is absolutely fine. Some books only require one point of view: you stick with your heroine, or hero through the entire novel. It can be first person, or third person; doesn’t matter, as long as it works for your book. And some novels don’t really need subplots, or not important ones, anyway. Short novels often don’t have them.

Generally though, a normal-sized novel is going to need a subplot or two or three. So here’s another question that’s not quite asked in your letter: What’s a subplot?

And a good working answer to this question is: A subplot is a part of the story that’s related to the main plot, but isn’t actually part of it. A good subplot will have some story action of its own – something will change from the beginning of the subplot to the end of it. Often, a subplot will act to move your main plot along.

(You may find, once you think about it, that your novel actually does have a subplot or two, but you put them in without noticing. Or maybe you have the seeds of a good subplot, but you haven’t yet developed it.) 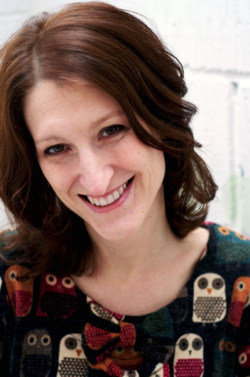 So yeah – more points of view would work in place of a subplot, if they actually provide a subplot. 😉

Which leads to your last question: Do you have any advice for adding more points of view?

Personally I am pretty strict about points of view in my novels. (Other authors are much more fluid, and that really works for them, too, so this advice is more like a guideline. I absolutely love reading novels with lots and lots of well-handled point of view characters, whereas when I write, I usually stick to one, two, or three at most.)

If I’m going to include a character’s point of view, it has to work really hard for me. It has to provide insight that couldn’t be shown in any other way. It needs to move the story forward. It needs to be interesting, and it shouldn’t be repetitive.

If you’re thinking of introducing some new points of view, ask yourself: what does this achieve for my novel, besides additional word count? Is it really giving me something new, important, and functional? Can I do without it?

If you’ve got good answers to these questions, then you have to think about how to handle this new point of view. Is this character going to have an arc of their own – will they grow and change throughout the novel, without distracting too much from the main characters? (Not all secondary characters do have arcs, but it’s worthwhile to think about it.) Is this character going to have some story action? Do you need to do some thinking and development so that this character is three-dimensional, rather than a cliché or a stock figure? What sort of voice does this character have? How is the reader going to differentiate between this point of view, and the others – preferably quite quickly, so that the reader doesn’t get confused?

You might not know the answers to all of these questions until you’ve actually written the new point of view. You might find it’s a process of discovery and experimentation. You may well end up finding that a new point of view adds new breath and life to your novel…or it might just be a bit repetitive.

One last thing though: it’s great to read your favourite authors for tips, but don’t feel that you have to use every single technique that they do. Every author is different, and every book is different. Part of the journey of an author is working out what is best for you, and your stories.