Here they are, the December line up of new releases, ready to keep you company during hungover, post-Christmas party Saturday mornings, freezing train journeys and with orange hot chocolates by the fire… 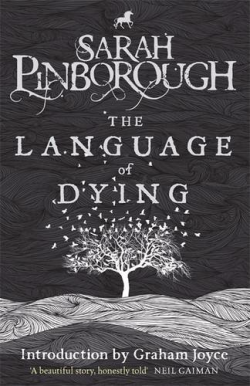 The Language of Dying by Sarah Pinborough

A woman watches her father die in hospital and her family disperse as it happens. A beautiful character study of a flawed family in crisis.

Out in paperback after storming the Kindle charts, DI Helen Grace is back, having discovered a mutilated body in HMP Holloway. Helen must find the killer before he finds her. Can she survive?

Marcy’s husband leaves her after thirty-three years of marriage for a lingerie model. Family secrets combine with humour in this inspiring, feisty novel about independence, love and going after what you truly want.

The Snow Rose by Lulu Taylor

Kate is on the run with her daughter, Heather. They’re sequestered away in an old house, hidden from the world. But they are not alone, and their close neighbours are curious, and have secrets of their own. Can Kate keep Heather safe? And why is she hiding her in the first place?

One of the heroes of women’s fiction is back, and The Hope Family Calendar charts a change of direction for Mike Gayle. Tom is drowning in grief when his late wife’s mother moves to Australia, leaving Tom to fend for himself. Can abandoned Tom pull himself out of his grief and rebuild his life? An emotional and well-written novel.

The Food of Love by Amanda Prowse

An ordinary, happy, but busy family is blown apart by a daughter’s eating disorder. Can their mother, Freya, bring the family back together and support their daughter? Or will the pressure of her daughter’s illness be too great?

Lie with Me by Sabine Durrant

A brilliant twist on the conventional thriller; a failing author tells a single lie, and everything stems from that initial domino. Set in claustrophobic Greece, it is very clever, and often very funny, too.

All I Ever Wanted by Lucy Dillon

Eva hosts her niece and nephew who are in crisis once a fortnight. Will her selectively mute niece, Nancy, learn to speak again, and find her voice? A sad and heartwarming story of loss, opportunity and aunthood.

Walk into Silence by Susan McBride

A woman is missing but it is no ordinary case. She is a woman with a past, who is grieving for her son, and being controlled by her husband. Jo Larsen must try to uncover what really happened.

From the author of Snowblind, Dead Ringers is a psychological suspense novel filled with intrigue. Tess encounters her ex-boyfriend on the street and is angered when he pretends not to notice her. But it wasn’t him. So what’s going on?

What are you looking forward to reading this month?