Shortlisted for both the Man Booker and the Baileys Women’s Prize for Fiction, Jhumpa Lahiri's second novel, The Lowland, is about two brothers in a post-Independence India Calcutta neighbourhood, who are inseparable as children but whose lives take markedly different paths as they reach their twenties. Here, Jhumpa talks to us about her real-life and literary inspirations. 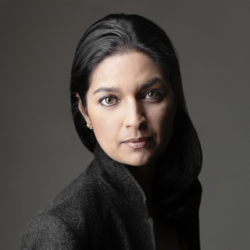 What inspired you to write your novel?

The Lowland was inspired by an execution that took place in Calcutta in the early 1970’s, in the neighborhood where my father was raised. Some students who lived there had been involved in the Naxalite movement – a failed attempt at Maoist revolution in India, which brought about a period of violent turmoil for the city. One evening during the repression of this movement, two brothers were shot dead by the police in front of their parents and some other family members. I’d heard about the incident when I was a teenager, during one of my visits to Calcutta. I was upset by it, and ever since then I was curious about the Naxalite period, wanting to learn more. I knew very little about it, having been raised outside of India. But given that I’d spent a great deal of time in that neighborhood, and that it happened to be my family’s neighborhood, I felt connected to the event.

How does it feel to be shortlisted for the Baileys Women’s Prize for Fiction?

It’s a tremendous honor. At this stage of my life, as the mother of two children, I am particularly aware of what a privilege it is to be a woman writing today as opposed to even fifty years ago. I think of the women before me, not only those brave enough to write in spite of personal responsibilities and societal constraints, all of whom who paved the way for the women of my generation and forward, but of the many who may have written great books, who felt the need to, but were never encouraged to do so.

What’s the best piece of advice you have ever been given as a writer?

Feel free to write terribly at the beginning, and read your work aloud at the end.

Which female authors inspire you?

If you could recommend one book to a friend what would it be and why?

I recommend the book I happen to be reading: My Brilliant Friend by Elena Ferrante, the first of a series of novels centering on the friendship of two women raised in postwar Naples, one of whom becomes a writer. I’ve never read a book that deals so effectively with a profound, problematic friendship between two women. It is an electrifying work. I love her novels for their frankness, their bravery, their power. And I admire the writer herself for refusing to participate personally in the promotion of her work, for communicating with the world through literature alone.