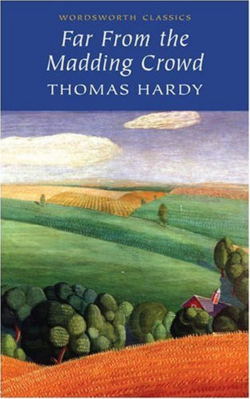 Far From the Madding Crowd is a story of many plotlines, thanks to the insightful writing of author Thomas Hardy. It’s a coming-of-age tale for the heroine, Bathsheba; it’s a romance, with three very different suitors for our heroine; it’s a beautifully observed look at societal expectations of the time in which it was written.

The book is a difficult read, with a choppy style, reflective of the serialised nature in which it was first written. Certain chapters are heavy on the narrative and go to great lengths to discuss the intricacies of farming; others focus solely on the farm-hands chatting away while getting drunk. Yet there are also chapters full of drama and a compelling need to turn the page.

The issue, really, is that this need is not consistent. Just when you think you're really getting into the book, it suddenly becomes rather tedious again.

Despite this, however, the main four characters are so compelling, and the observations so astute by Hardy, that it is absolutely worth a read.

Far From the Madding Crowd stands, to this day, as a stunning piece of feminist literature, observing not just the assumptions of marriage on the part of the woman, but the man too. Marriage in those days happened between strangers, with offers of land and wealth (and quite often, it seems, a piano!). 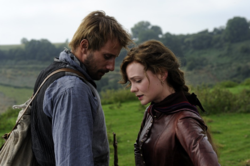 For the film adaptation, a simply stunning cast was assembled to take on the key roles of Bathsheba (Carey Mulligan), Gabriel Oak (Matthias Schoenaerts), Mr Boldwood (Michael Sheen) and Frank Troy (Tom Sturridge). They each bring their own charm and insight to their respective roles.

Certain personality traits have been toned down for the adaptation but it really works well, helping to keep the story moving in a more plausible manner. One such example is the fascinating character of Mr Boldwood; he appears in the book to be mentally unstable, occasionally violent and alarmingly intense and threatening, driven by a desire that looks set to consume him; in the film he is a man of circumstance, emotionally stunted due to being an unmarried man of wealth and good standing. The attention he gets from Bathsheba seems to spark him back into life and the result is a heartbreaking tale of unrequited obsession that is far more compelling due to the endearing edge Sheen manages in the role.

The direction and script are a great example of how to adapt a classic. The fundamentals are there, the heart of the characters remain; yet the extraneous material has been cut down or removed entirely. Minor plot points are shifted, either in timeline or location but nothing so dramatic as to upset fans of the novel. Though it would have been nice to see the gargoyle/flower scene on screen, the direction the filmmakers have taken here is clearly to keep the focus with Bathsheba herself and worry a little less about the story of those around her – except for when it impacts on her.

A very important story, even after all these years, and one that can be enjoyed in either form.