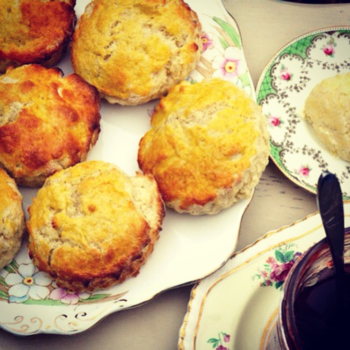 When I think of home, the place I grew up, scones would feature high up in my foodie memories. They're the sort of bake you can throw together in a hurry – a recipe you can memorise and a recipe that won't let you down. It's one that's easy to pass on, too.

For Freya Moorcroft, in Cathy Bramley's new four-part series of eBooks called Appleby Farm, scones are the only bake she can create. She makes them in the cafe where she works, close to the Ivy Lane allotments, being careful not to over-mix them. It's her Auntie Sue's recipe. Her dear Auntie Sue lives with her husband, Freya's Uncle Arthur, in the Lake District on a farm called Appleby Farm. It is the place Freya calls home. And it is the place she is called to when there is a phone call, out of the blue, asking for help.

Appleby Farm features some of the characters from Ivy Lane, which is now out in paperback. Cathy has, once more, delivered an eBook installment that is just like these scones. Warm and delicious, leaving you desperate for the next one.

Cathy has also, very kindly, allowed me to reproduce her recipe for Scrumptious Scones from Appleby Farm: A Blessing in Disguise. 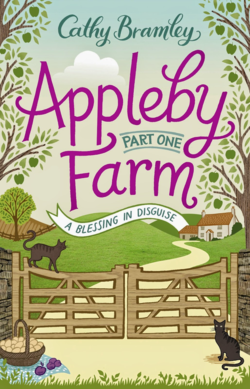 According to Auntie Sue, the secret to perfect scones is in the mixing: over-mix and you've got yourself a batch of primitive weapons …

Clotted cream and jam to serve

* I used a beaten egg, just because I had one of my own hen's eggs to use up – this accounts for their deep yellow tops in the photograph!