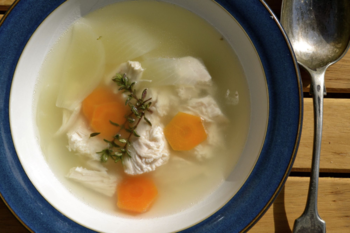 As a huge fan of Sarra Manning's Unsticky and You Don't Have to Say You Love Me, I was very much looking forward to It Felt Like A Kiss. See, I said so right here. And it didn't disappoint.

The press are having a field day. They are hounding Ellie at her home and at the art gallery. For someone who likes to keep herself to herself, this is a nightmare. Then in steps David Gold. A lawyer working for her dad, sent to manage the media crisis. 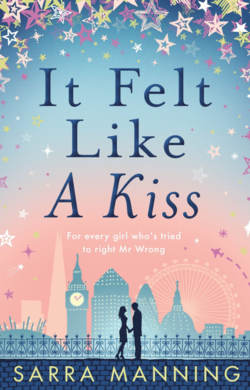 Ellie goes into hiding. She cannot see her mum as the press are camped out there and she daren't go and see her grandparents, whom she adores, for fear of the media turning up en masse there too.

It is when she's in hiding that she has a pang for her grandparents' house and hot chicken soup – even though the weather is far too hot for hot chicken soup and it isn't even her turn to visit. Ellie's Jewish grandmother likes to make a big deal out of Friday night dinner. She has a four week rotational system. Ellie goes on the night for unmarried grandchildren, which was the previous week, before her boyfriend sold the story and her life turned upside down.

No matter what the weather is doing, there is always hot chicken soup. Chicken soup, or Jewish penicillin, is classic comfort food. If you are feeling run down (or being hounded by the press), it is the perfect medicine.

Every Jewish household will probably have their own version of the soup. The version I've used is an easy one you can obtain online from Jamie Oliver's website.

And she's right. Skimming the soup is hot work. But perfect for a cold early spring day.