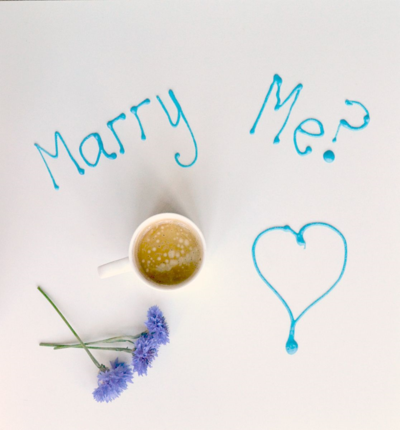 "Is there really such a thing as a perfect proposal? Over the next hundred days I intend to find out. I will find one hundred ways to propose to our Chief Proposer Suzie McKenzie and post the results here for your enjoyment. One thing’s for sure, not one of my proposals will be on top of the Eiffel Tower with a dozen red roses."

In One Hundred Proposals by Holly Martin, Suzie and Harry are best friends. They also work together in their business of creating the perfect and ultimate marriage proposal for would-be grooms.

Then one day, after chatting about arranging yet another proposal on the Eiffel Tower on Valentine's Day with red roses galore, Harry has a brainwave. He is going to hit upon the best way to propose. Over one hundred days, he's going to find one hundred ways to propose to Suzie. Of course, it's just a PR stunt. He doesn't mean it. It's just a way to boost the company's profile 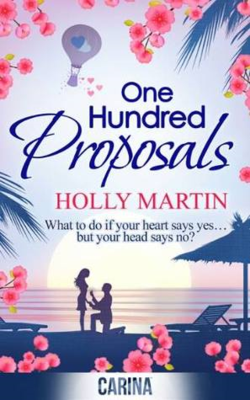 So Suzie cannot say yes. Of course she can't. Despite the fact she loves Harry. They're best friends and that is it. So each time he proposes and she has to say no, her heart breaks a little. That's one hundred heart-breaking moments for Suzie to look forward to, then.

In the beginning, Harry starts small with his proposals. His first, a hasty down on one knee in the office, doesn't work. And he writes about it on the company website. His next one involves a cup of coffee. Just the way Suzie likes it with three sugars and a dash of hazelnut syrup. She takes a sip and realises a small heart had been drawn in the froth at the top. Then she also sees Harry has a brown paper bag. Inside was her favourite cinnamon swirl with the words 'Marry Me' written in icing at the top.

What is she to say?

One Hundred Proposals by Holly Martin is out now as an ebook and will be out in paperback in September.

Grab yourself a decent cup of coffee and enjoy.